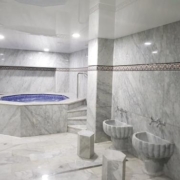 “Travel is a lesson in life and of yourself. It teaches you where your comfort zone lies and then to push past that comfort zone. To be brave, to be stupid, to be reckless and to be sensible.” Honest Explorer

We were given options on our downtime in Fes. One of them was going to a Hammam.  I knew nothing about a Hammam except that it was a bathhouse. I thought what the heck, when in Rome…. I decided to go to the hammam at the hotel spa. Two other women in our group decided to take the second option and go to a traditional hammam.

The first thing for me was a massage. It was wonderful. Great start to the experience I thought. Then the masseuse handed me a terrycloth bathrobe that barely covered the essentials. That would be okay if I didn’t have to walk thru the lobby to get to the spa. Now, remember, this is Morocco where proper attire for women is very important. I am sure that I gave the locals quite a view.

Once in the spa, I was greeted by two women who wore identical attire, black capris and a half tank top. They removed the bathrobe then handed me the tiniest paper thong to wear. Trust me; the thong would not have covered anything. The women directed me to sit on a marble seat in front of a sink. They washed my hair which was a lovely experience. Once finished, they led me to a glass-fronted steam room. Now, remember, I am naked except for the thong. They stood and watched me the entire time which I think was about ten long minutes. Perhaps they were keeping an eye on me for safety reasons. I did not know where to look. Occasionally I would look at them and smile. Awkward. 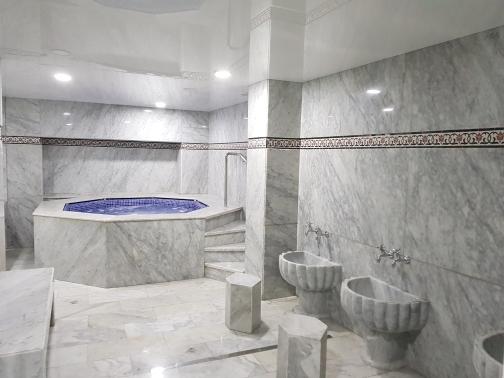 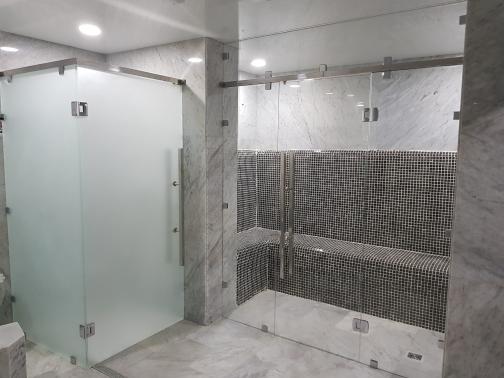 Once I was finished with the steam room, they asked me to lay on a marble slab where they proceeded to wash me with an abrasive mitt everywhere, and I mean everywhere. I was then rinsed off and led to a whirlpool tub containing cool water. The cool water on my now scrubbed body was as refreshing as a dip in the snow after a sauna. I have never felt so clean, and my skin felt amazing. 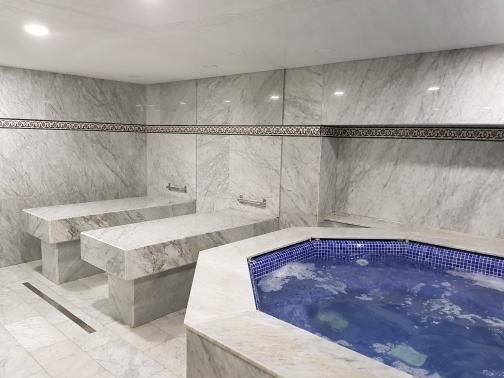 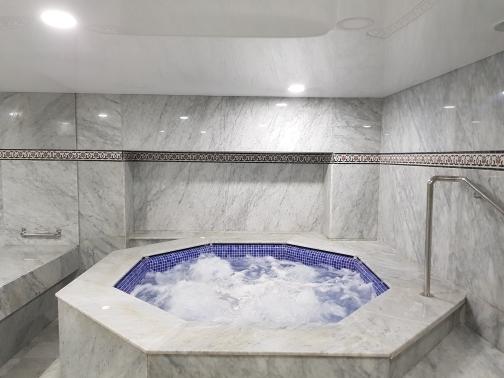