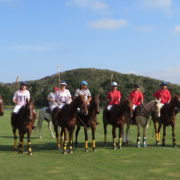 “I just want to go on more adventures, be around good energy, connect with people, learn new things, grow.” Anonymous

“Do you want to go to a polo match?” we were asked. “Sure, of course, we do.” But I was thinking – polo in Mexico? When you think of sports in Mexico, you probably think about soccer or boxing, but polo? After a bit of research, I discovered that the first polo club was established in the Mexican Jockey Club. Since then, Mexico has won the sub-championship in the World Polo Championship in 1987, a Bronze medal at the 1900 Paris Olympic Games, and the 1936 Berlin Olympic Games. The Mexican Polo Federation (FMP) consists of 15 clubs, and 350 male and female players.

An outing to the Careyes Polo Club was organized for a small group. We took our choice of beverages and snacks and off we went in a rented van. After a short hours drive, we arrived at the well-manicured polo fields at Careyes. 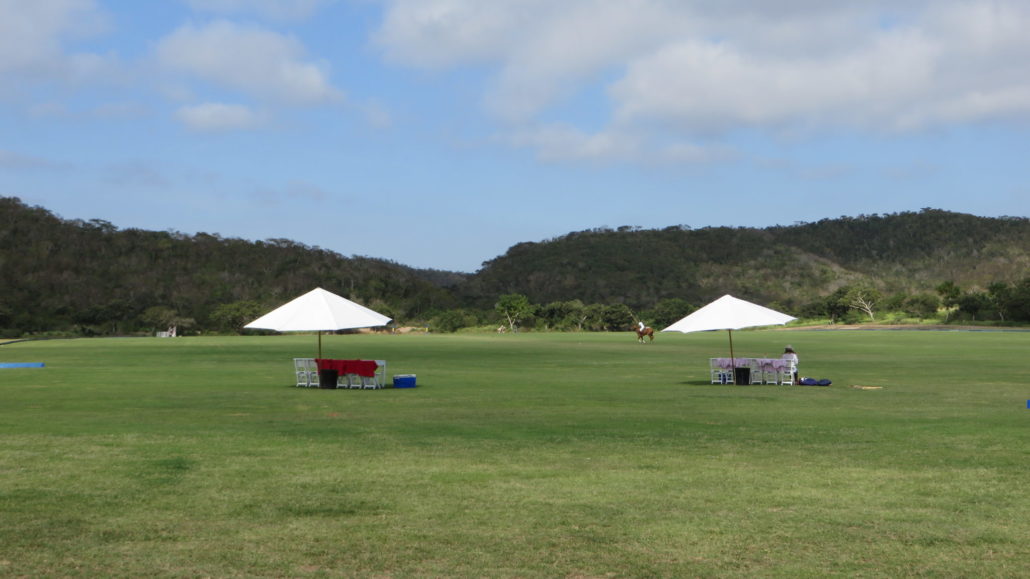 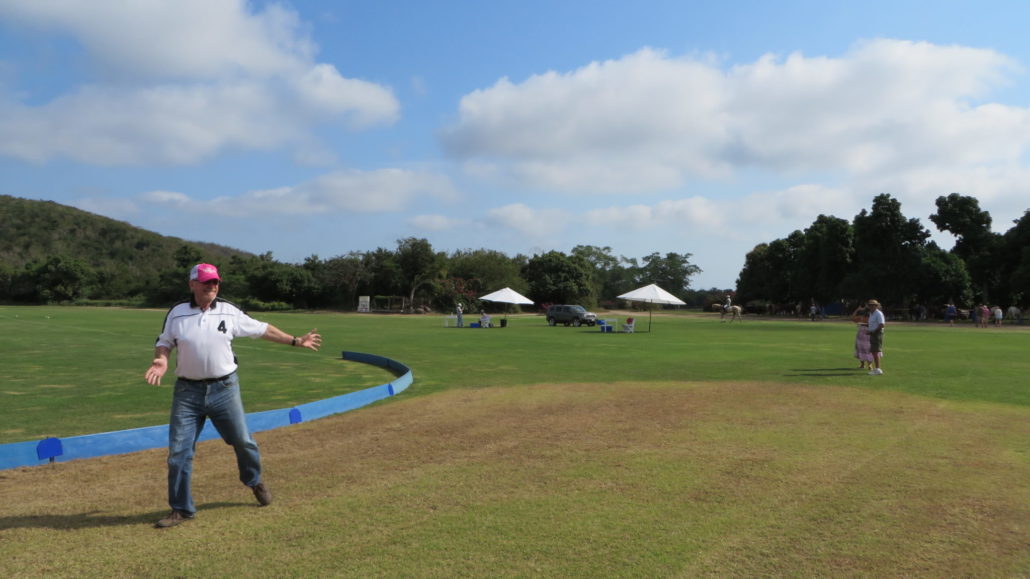 A little history of the Careyes Polo Club. It was inaugurated in 1990. They have two regulation Bermuda grass fields and stabling for 150 horses although they only keep 60 playing horses on site during the polo season which typically runs from November to April. Games are held four times a week. They are affiliated with FMP, the Mexican Polo Federation and is a sister club of the Chantilly Polo Club in France.

I was surprised by all the horses ready to play for two teams of four, but the game was divided into seven-minute “chukkas” or rounds. There are four to eight Chukkas in a full polo game with a short break between each one where they change horses. 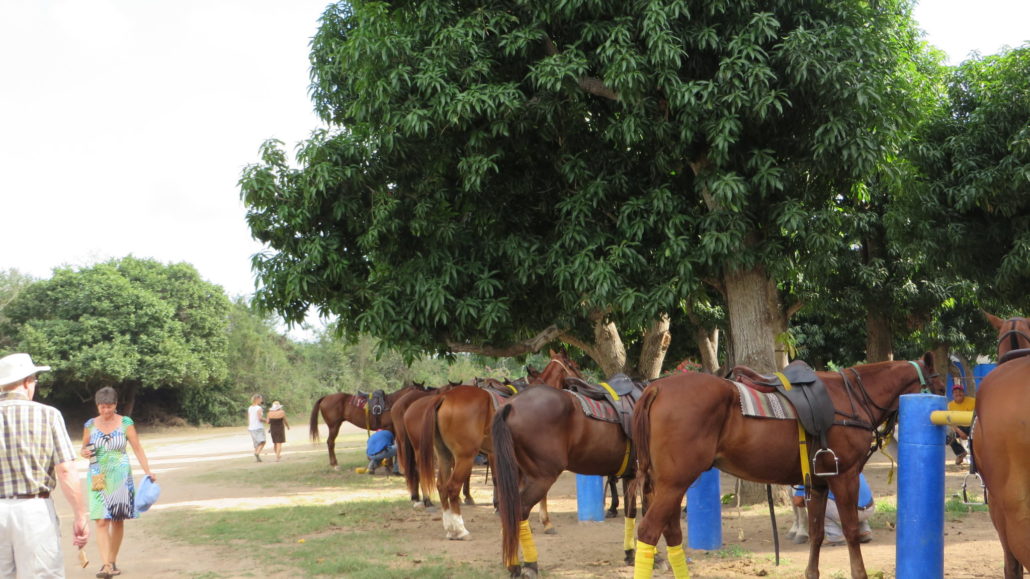 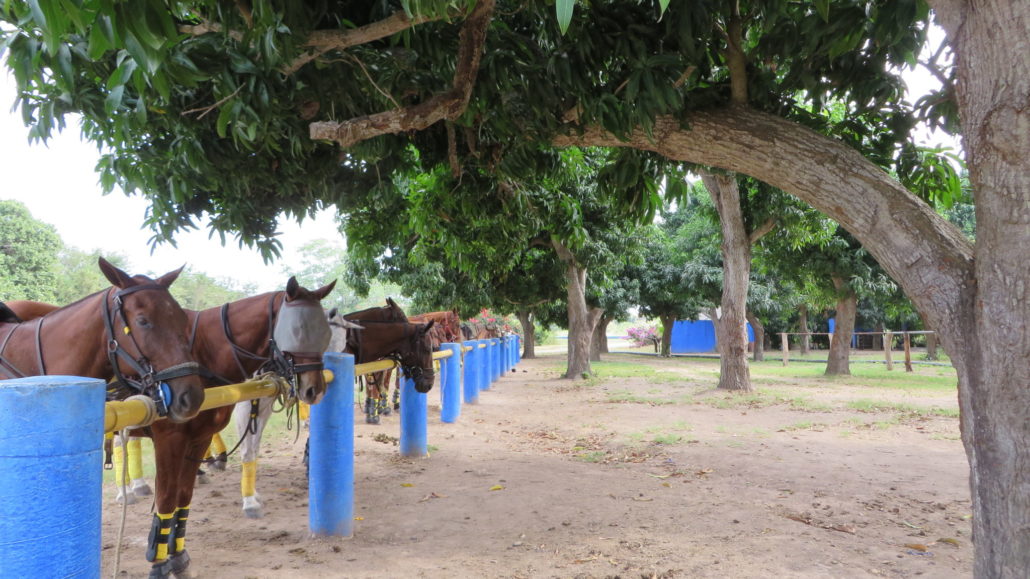 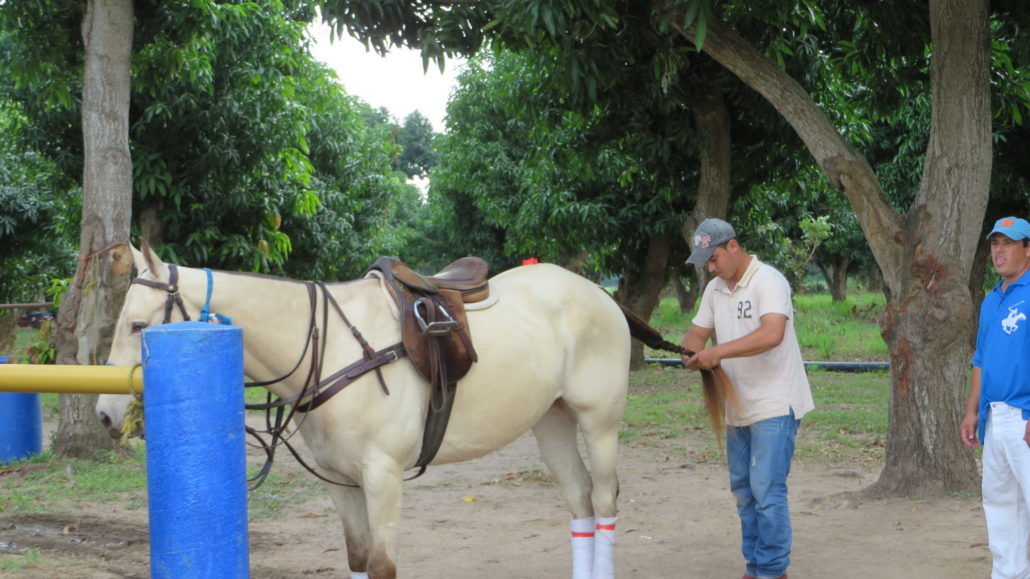 Players from all around the world, USA, Italy, Spain, Germany England, Peru, etc. come to Careyes to play.

The day we went, a women’s team was playing. Each team had members from different countries. I don’t know anything about the rules for playing, but it seemed strange that they had one token male on each team. He wasn’t allowed to score. That must be a different situation for men! 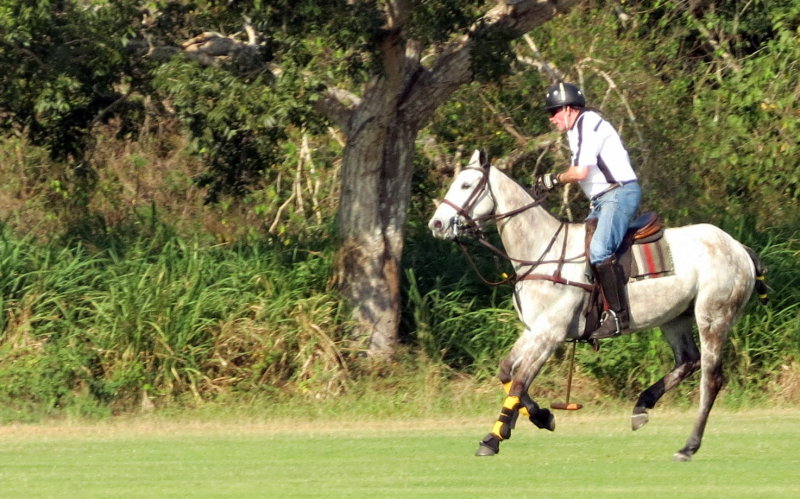 Sometimes it is a fast-moving game. (click on game)

Even with not knowing the rules, we all cheered on whatever team we had chosen and had a great time. 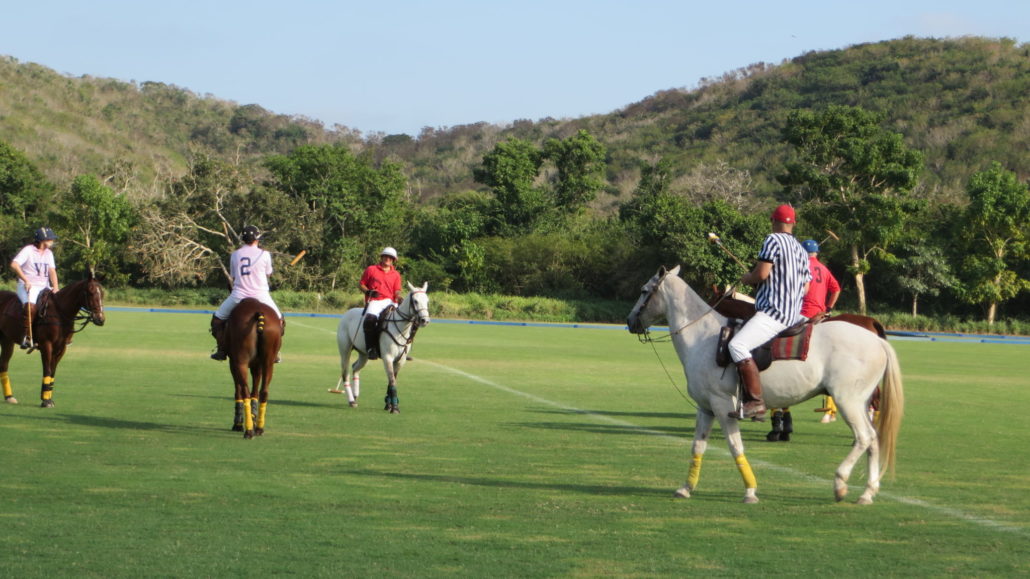 We soon discovered that it was a difficult and at times a dangerous game. Keep your eyes to the left of the screen. Polo tumble. (click)

At halftime, the spectators were invited out to the field for stomping the divots created by the horse’s hooves. Stomping the divots in place helps the grass repair itself and protects the horses from tripping or falling into a hole. Apparently, this is a tradition in polo, usually done while sipping champagne. We were not given any champagne but what the heck, it was fun. It gave us a chance to get off our duffs, stretch our legs. Next time, I might bring my own champagne! 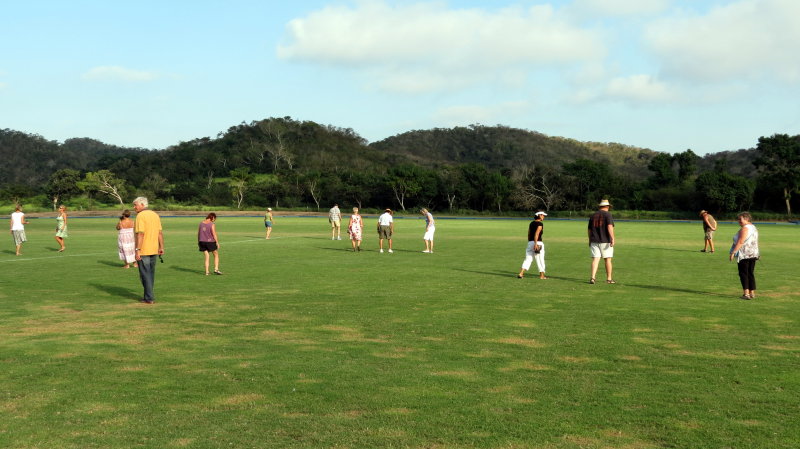 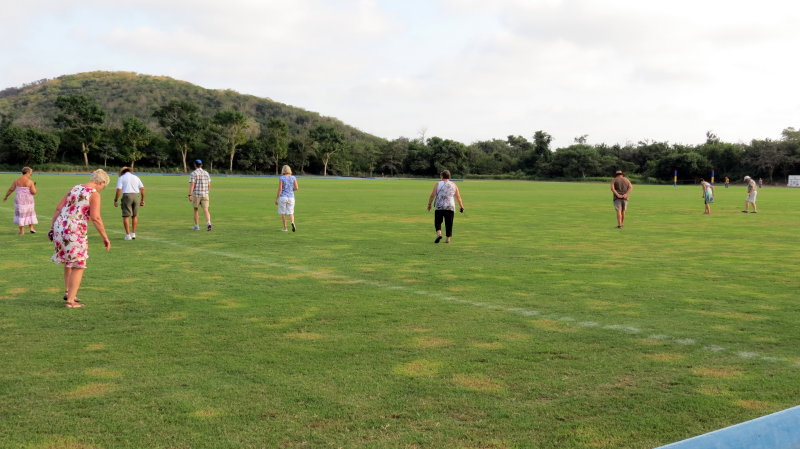 Once the game was finished, and the winners were announced, trophies were given out. 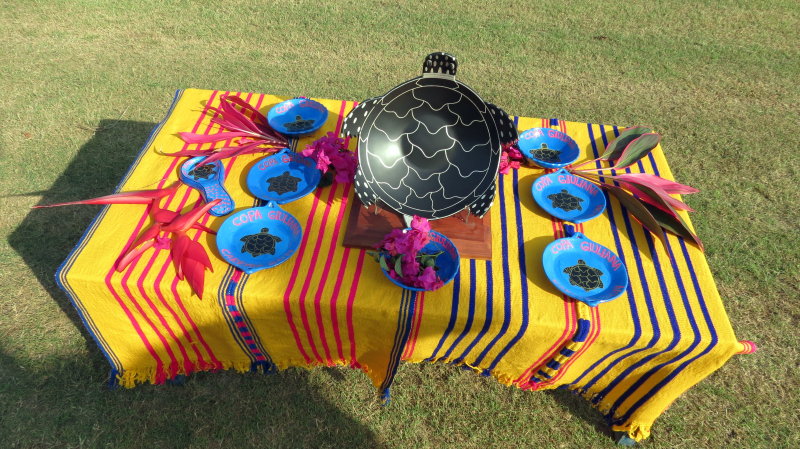 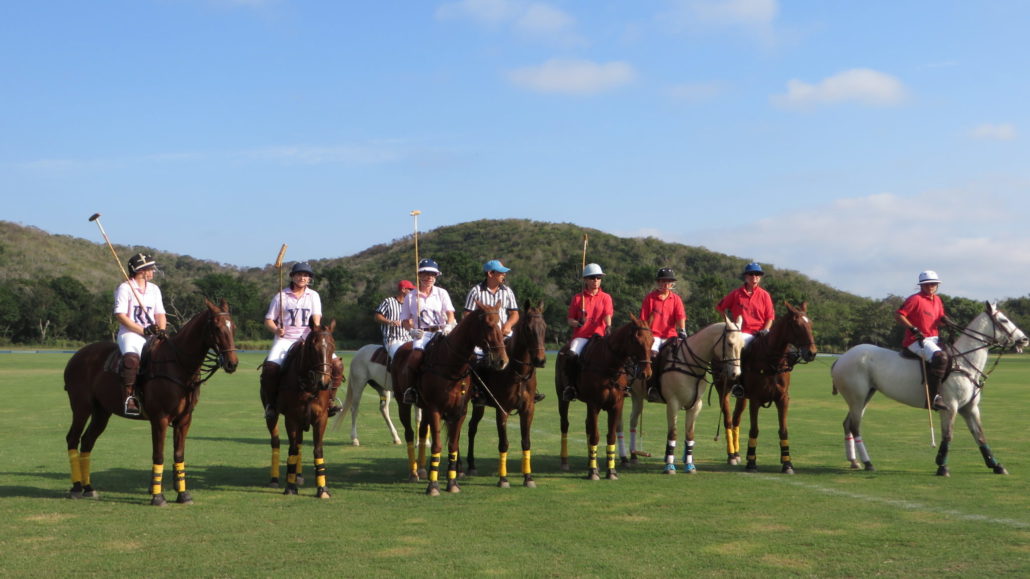 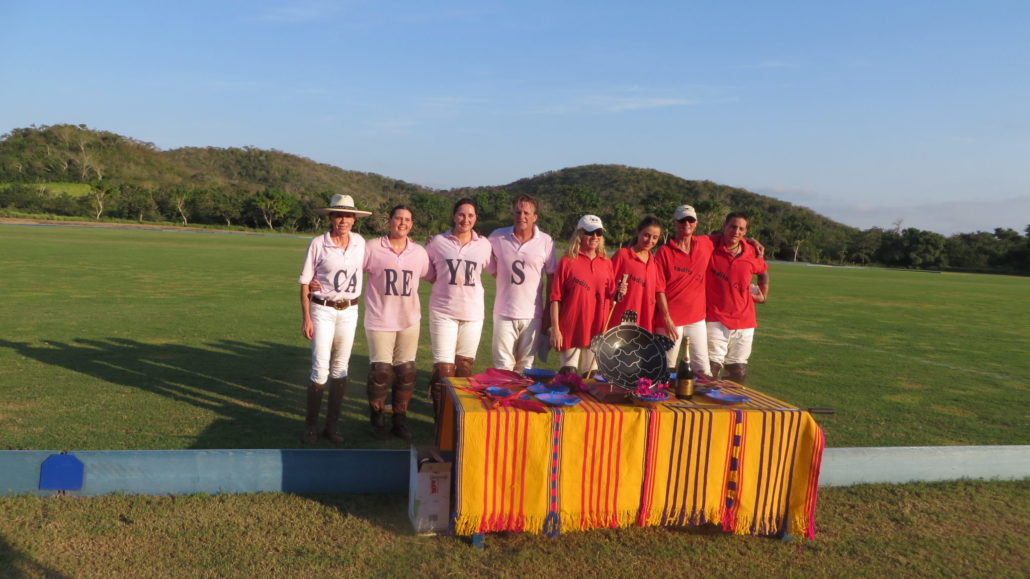 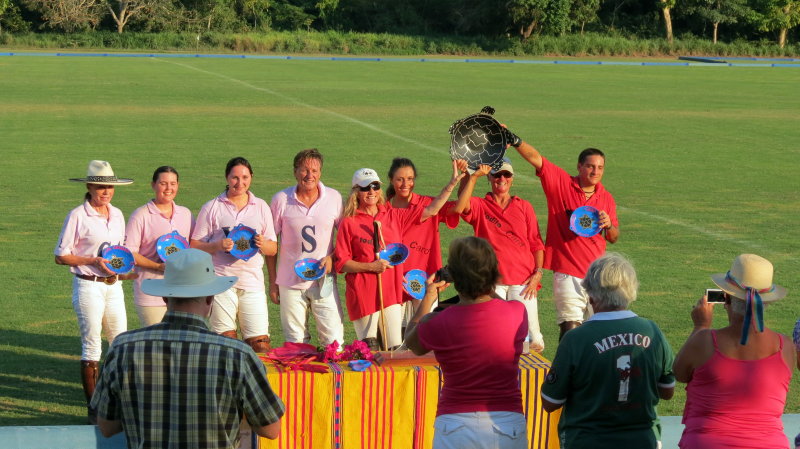 We headed to the town of Careyes, (meaning turtle coast), to have dinner where, in 1968, Gian Franco Brignone bought the land and began inviting his jet-set friends. He built Careyes into an ultra-exclusive resort with 52 castles, villas and casitas that serves as a residential community and resort. There are two small hotels, five restaurants, a contemporary art gallery and 8 miles of coastline. Careyes is protected by a 32,000-acre land reserve.  Careyes has attracted guests like Bill and Melinda Gates, Seal and Heidi Klum and other celebrities. Apparently, to buy a home here, you have to meet 27 conditions such as:

“Appreciating the music of sky, earth, and sea”;

“Be a polyglot, or at least one member of the family be fluent in two languages”;

“Having committed most of the seven deadly sins”;

“You must have will, love and fantasy”;

“Have a sense of humor”;

“Admire the sunrise and sunset”;

“Live in the present every minute of the day and be aware of the magic of life.Life changes every minute”;

“ Whether you can find the financial means to acquire a home”;

And the last one: “Kneel before mother Earth and ask for permission to own a house.”

Not only did Brignone build this community, but he also was dedicated to helping the communities around Careyes. The Careyes Foundation was created to help the local communities by providing programs for children such as an early start in English and Math, surfing and bicycle polo lessons to encourage an active lifestyle. The program also includes an innovative agriculture program designed to teach the children to grown their own vegetables.

Another program is the turtle preservation program. The program started with only 11 turtles who returned to the beach to lay their eggs, and by 2013, thirty years later over 1900 turtles nests were protected, and 170,000 hatchlings were released.

We didn’t see any of the glamorous homes or owners/renters but went to what may be considered the town square. There were two restaurants, the art gallery and several art exhibits around the area. 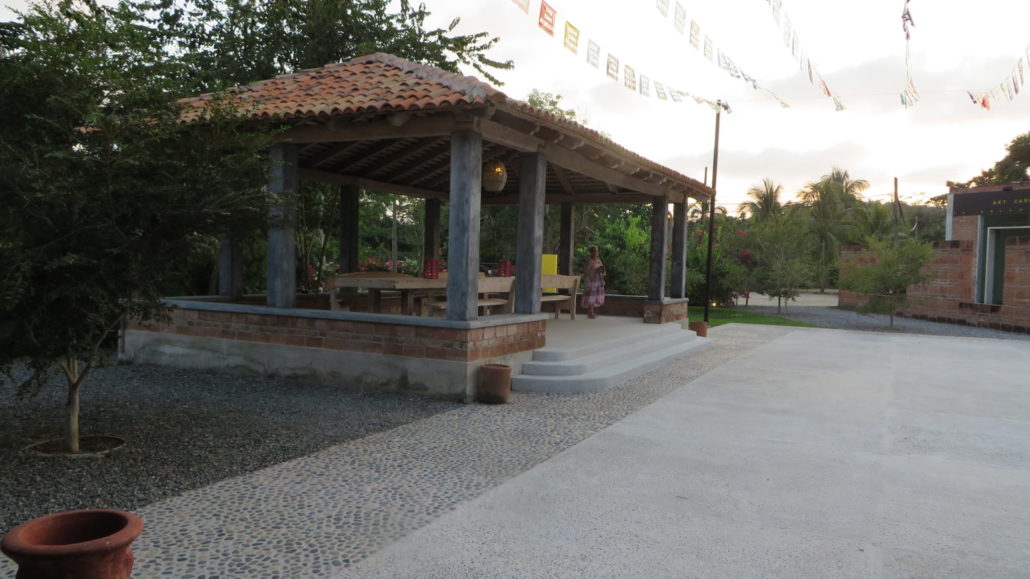 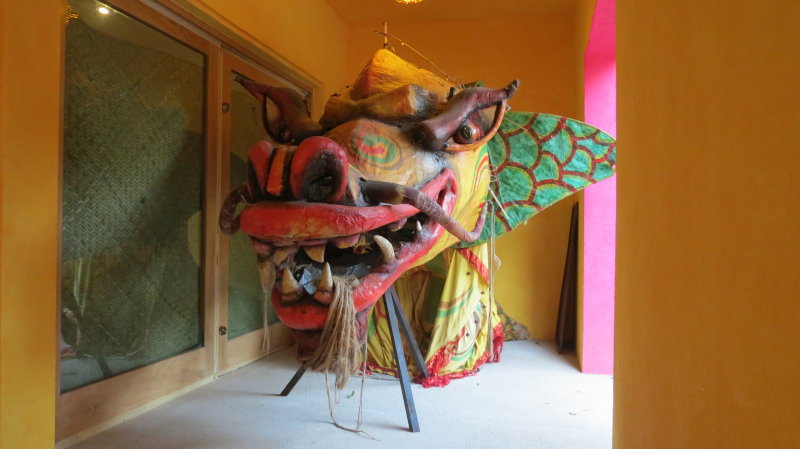 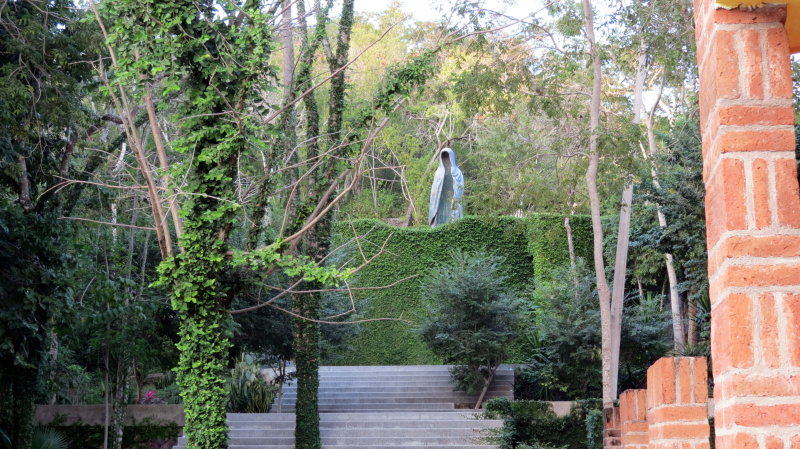 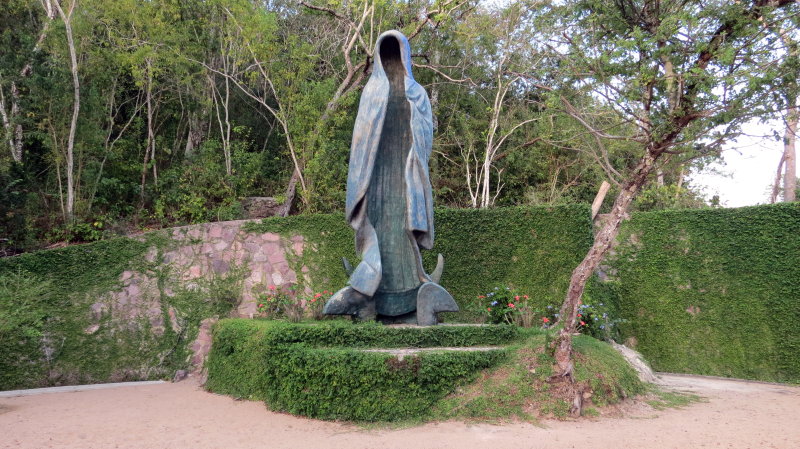 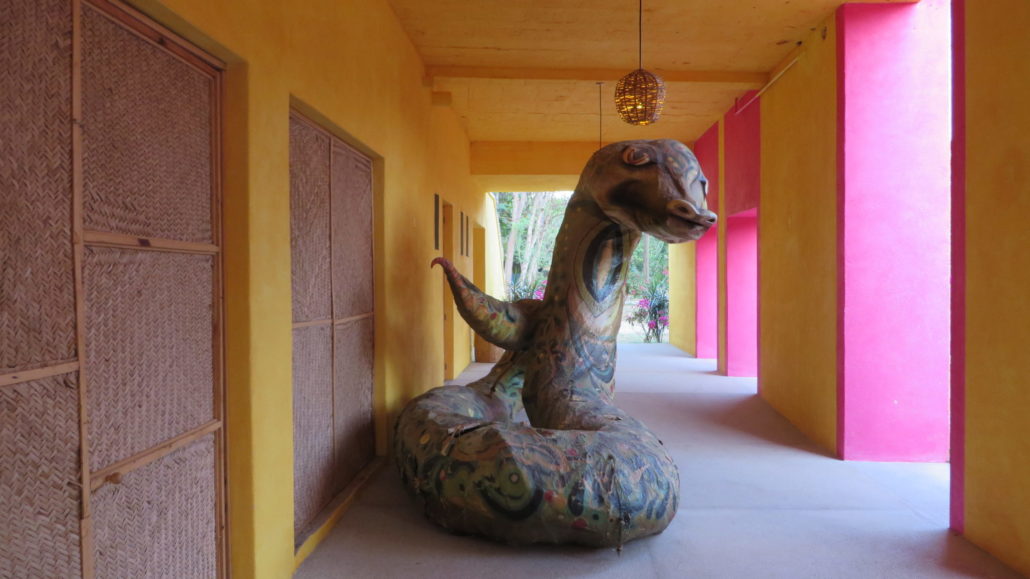 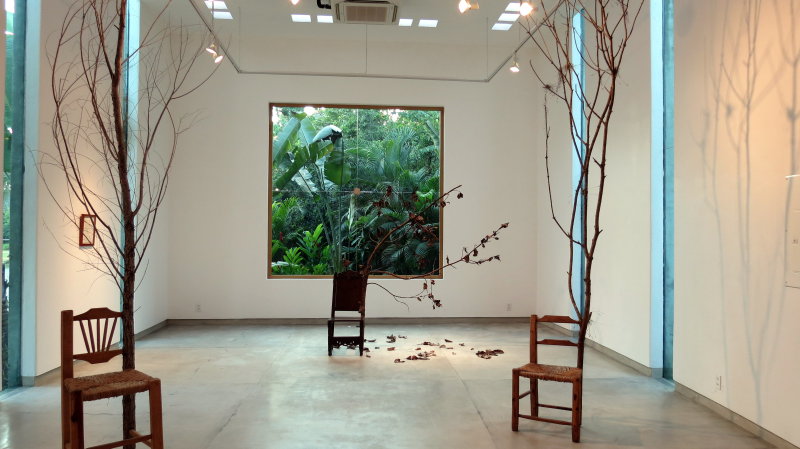 After having a delicious meal, touring the gallery and surrounding art, we headed back to Melaque. What an amazing experience.