ALEBRIJES San Martin Tilcajete, Mexico
“I haven’t been everywhere, but it is on my list.”  Susan Sontag
“Alebrijes are brightly colored Oaxacan Mexican folk art sculptures of fantastical creatures. The first alebrijes, along with the use of the term, originated with Pedro Linares. In 1936, when he was 30 years old, he fell ill with a high fever, which caused him to hallucinate. In these dreams, he was in a forest with rocks and clouds, many of which turned into wild, unnaturally colored animals, which frequently features wings, horns, tails, fierce teeth and bulgy eyes.  He saw a donkey with butterfly wings, a rooster with bull horns, a lion with an eagle head. While seeing the creatures, he heard a crown of voices which repeated the nonsensical word “alebrije”. After he had recovered, he began to create the animals he saw using papier-mache and cardboard.”
Manuel Jiménez pioneered the wood carving of these creatures. The success of the wood creatures has caused a depletion of the copal trees. Attempts have been made to remedy this with reforestation efforts and management but has only had limited success.
The carving of the wood, which is done while the wood is still wet, can take anywhere from hours to a month, depending on the size and the intricacy of the piece. Carving is done with non-mechanical hand tools such as machetes, chisels, and knives.  Certain details such as ears, tails and wings are usually made from pieces separate from the main body. 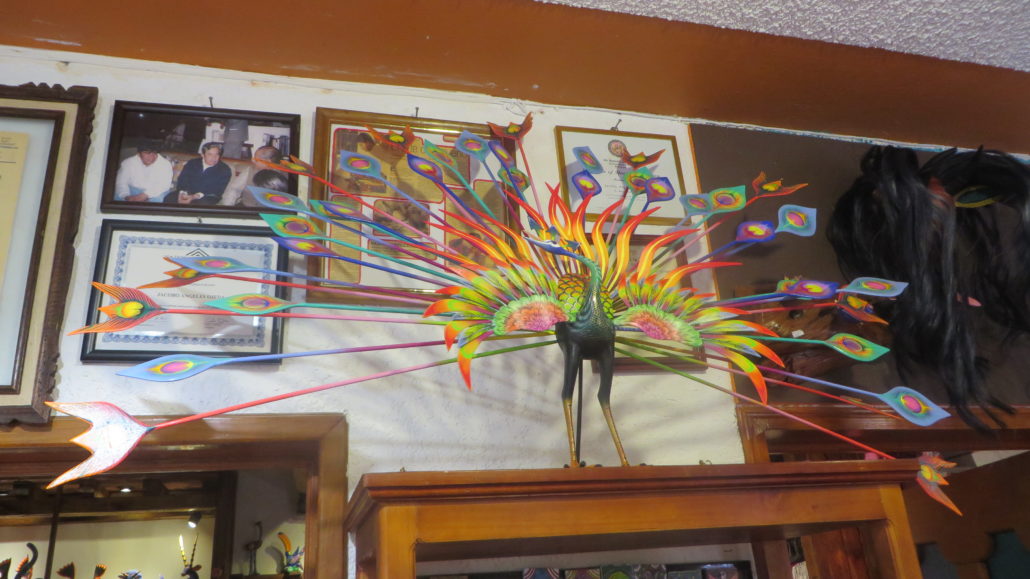 After the carving, the figure is then left to dry for up to ten months, depending on its overall size and thickness. One of the most important things about the carvings is that every piece is removable. This is how you can tell you have a piece carved by one of the great original carvers. The later carvers didn’t learn the technique of making each piece fit so well that it could be removed and put back in again and again. No two alebrijes are exactly alike. 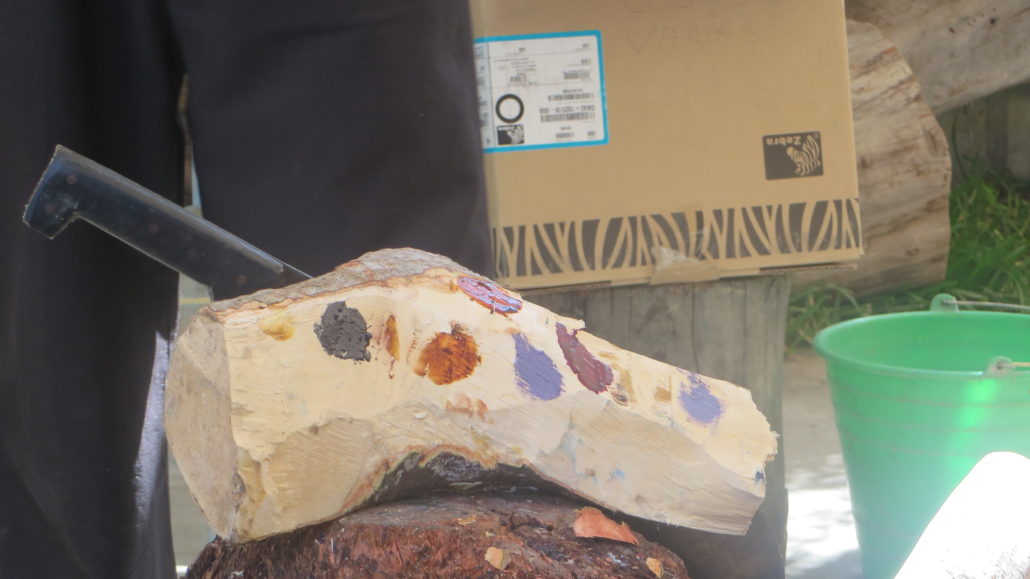 Demonstration on how they make the dyes from natural sources. Some are the same as the techniques used for making the traditional Zapotec rugs.. 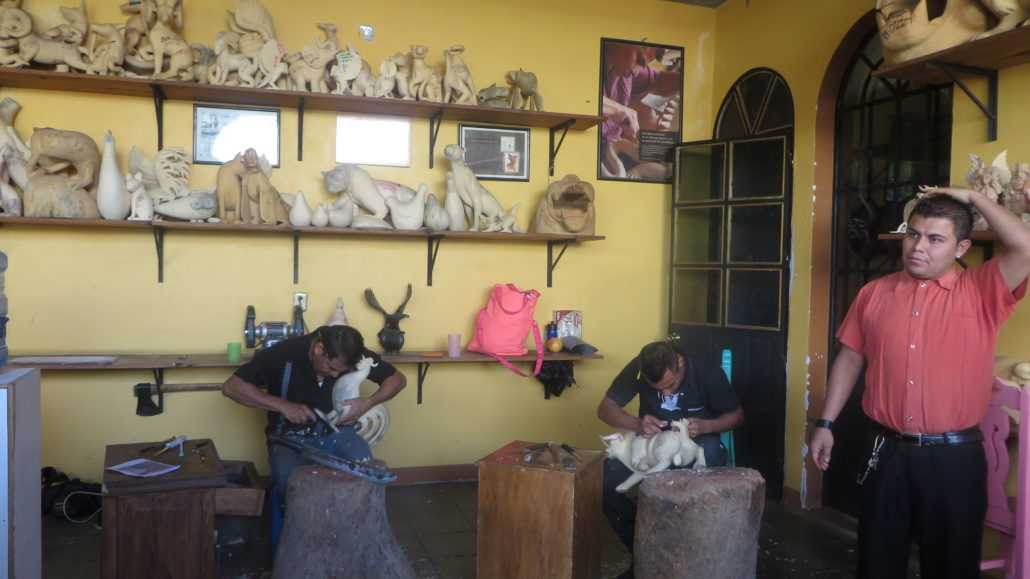 Creatures on the shelf are in the first stage of drying