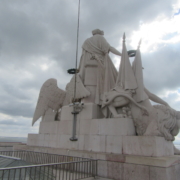 “And then I realized adventures are the best way to learn.” Anonymous

Lisbon continued to surprise me. I decided to have lunch at the Mercado da Ribeira or also known as the Time Out Market. It is a unique place to eat. There are approximately 35 kiosks of varying types of food to choose from, and the prices are reasonable. All the restaurants and bars are rated 4 or 5 stars by critics. Only the best work at the market, some being Michelin star chefs. The other part of the market has traditional booths that sell flowers, fish, fruits, meat and cheese. 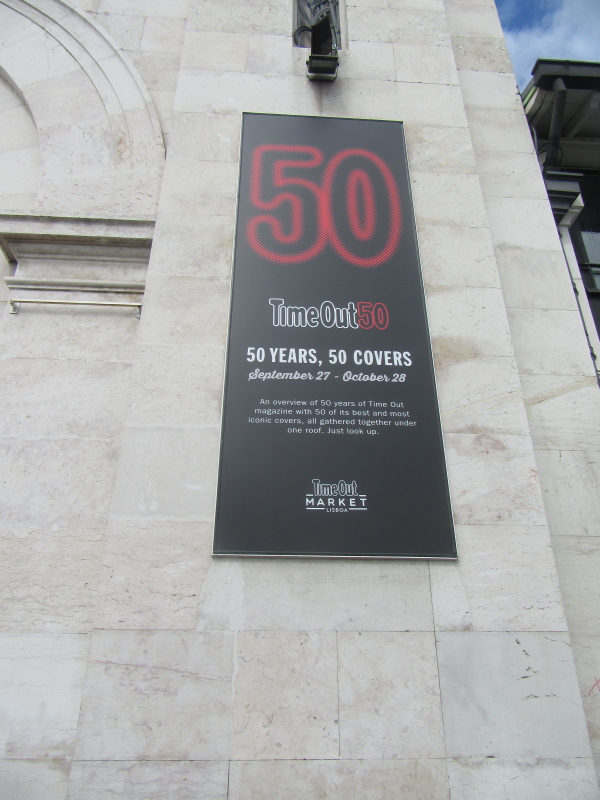 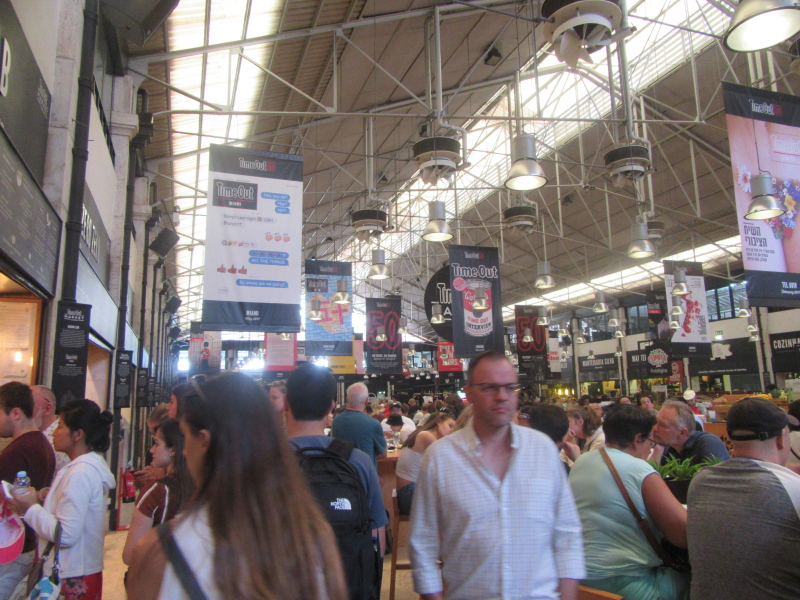 I spent part of a day on Rua Augusta, a pedestrian-only street, lined with many stores and restaurants. I started at the Praca do Comercio square. To the right was the Lisbon Story Centre. You can spend 60 minutes learning about Lisbon from its pre-ancient Roman days to modern times, including the 1755 earthquake. You can see a vivid film re-enacting the horrors and the reconstruction that followed. The quake killed 90,000 people. The cost is 7 euros. However, the best value is to get a Lisbon City card which will get you into most of the museums, etc. 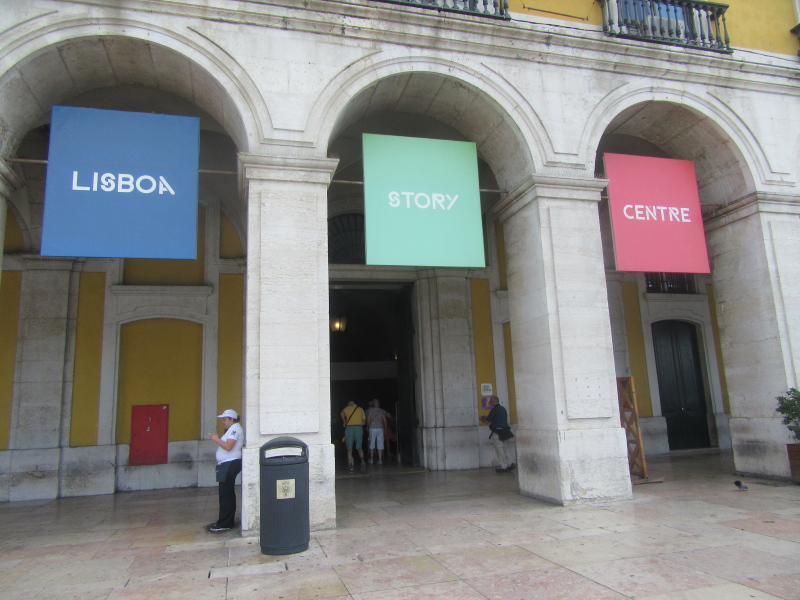 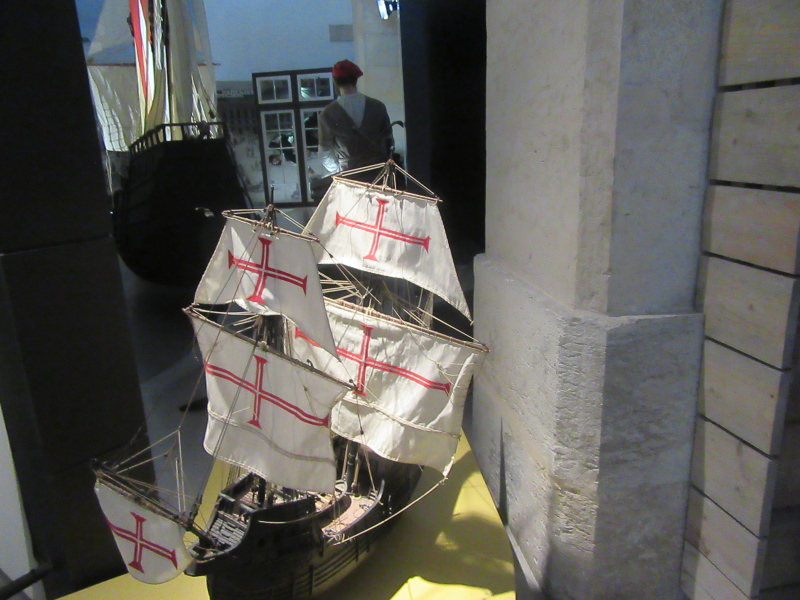 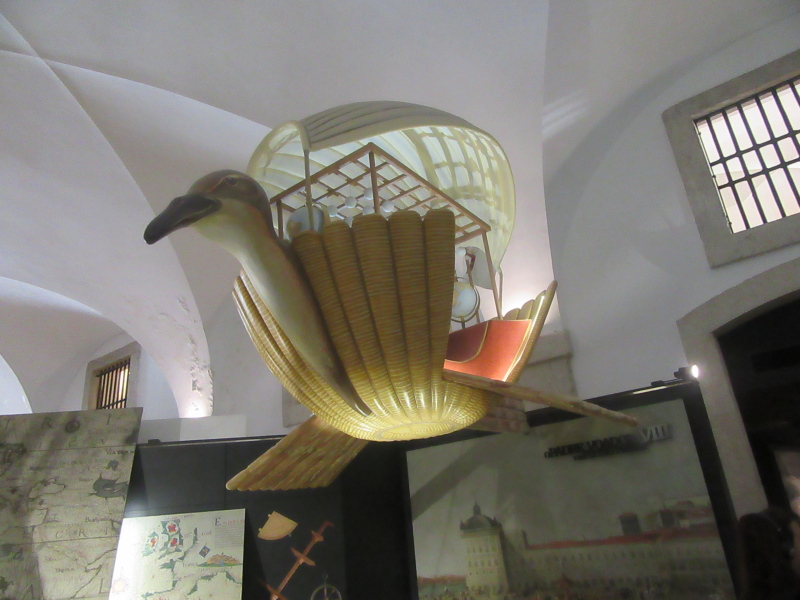 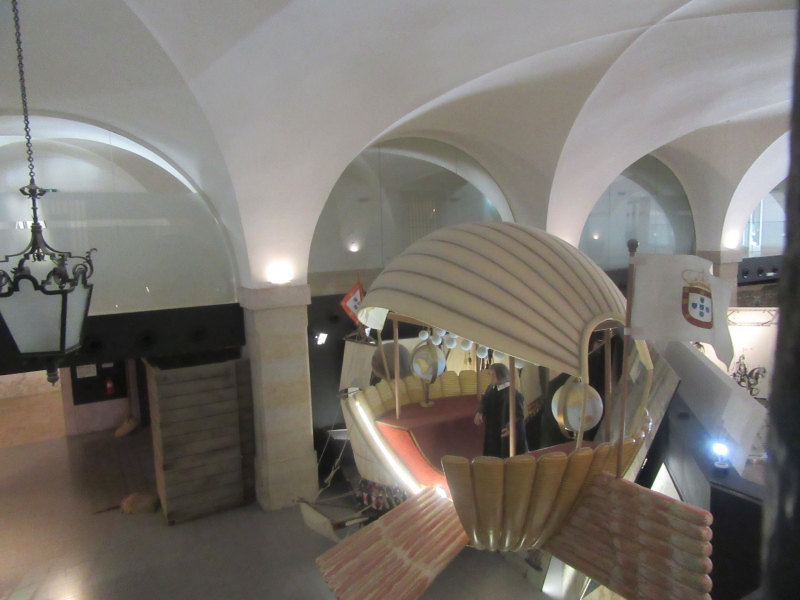 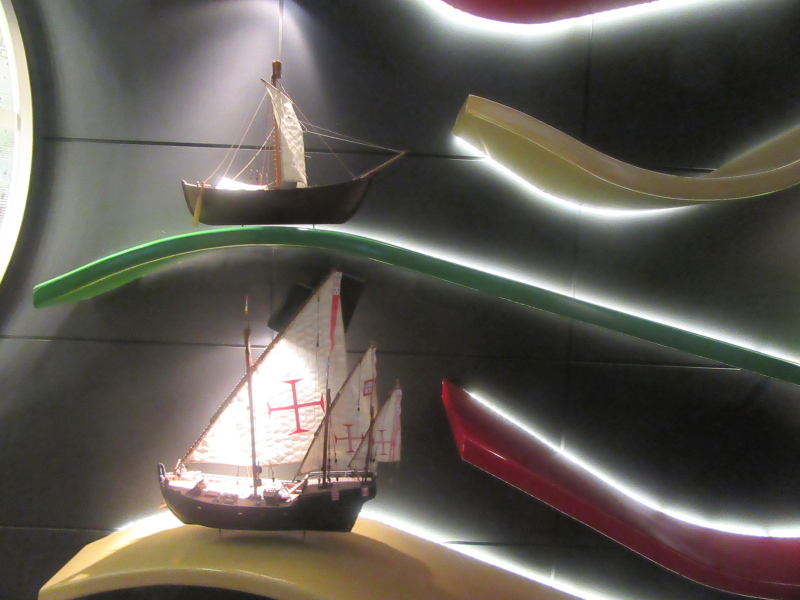 My next stop was at the entrance to the Rua Augusta. I had seen the lineup at the Elevator de Santa Justa, Lisbon’s only vertical street lift. With no lineup at the Arco da Rua Augusta and a small fee, I took an elevator part way up and then a spiral staircase to the top. The views were some of the best in Lisbon, overlooking the main square, the river and Rua Augusta. 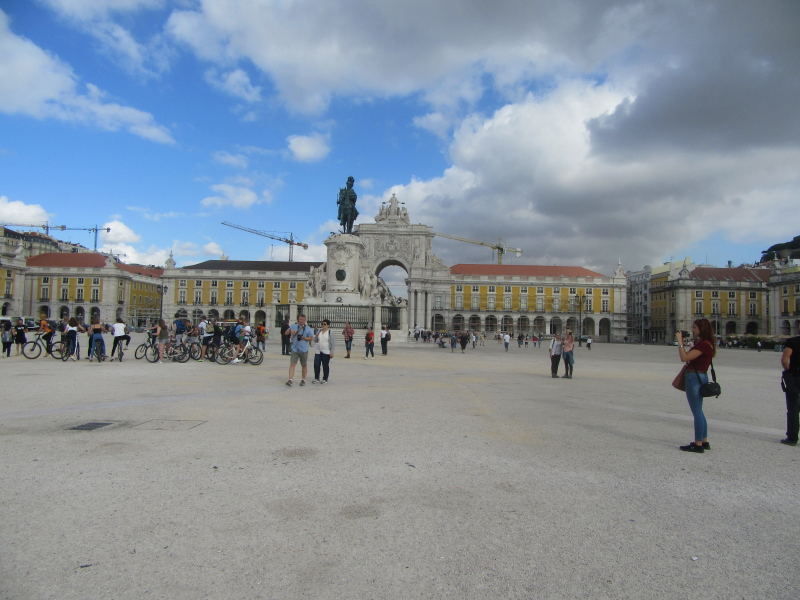 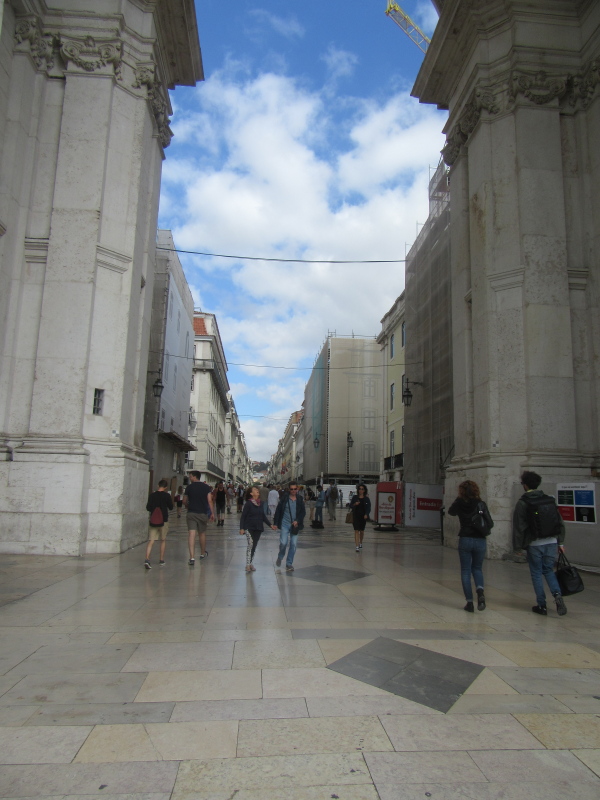 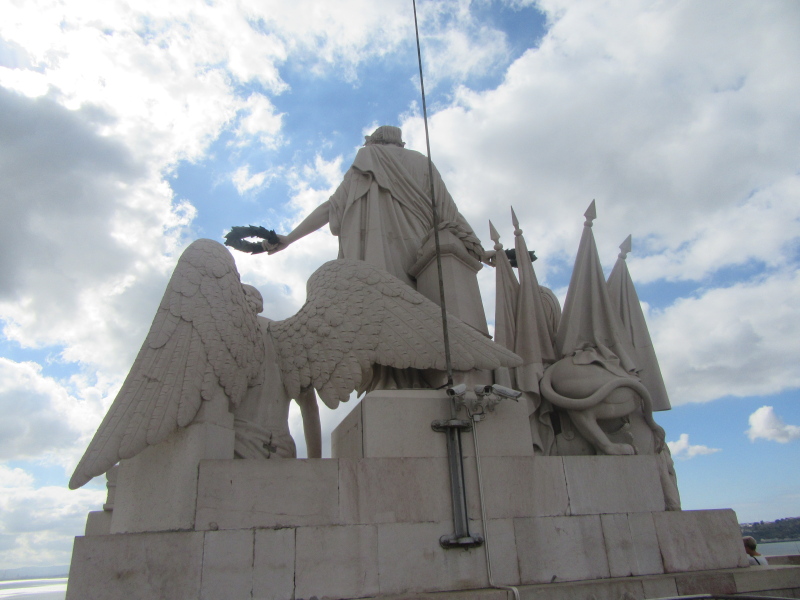 Part of the view from the top 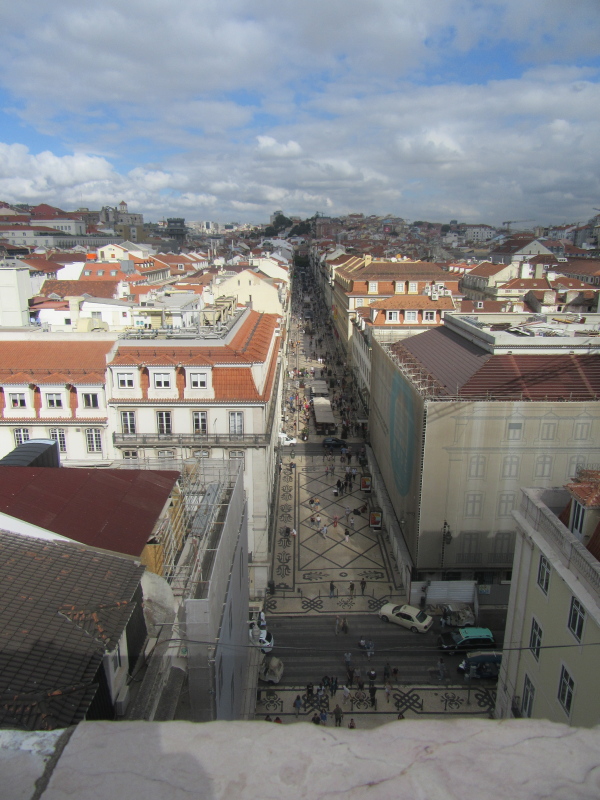 Rua de Augusta from the top 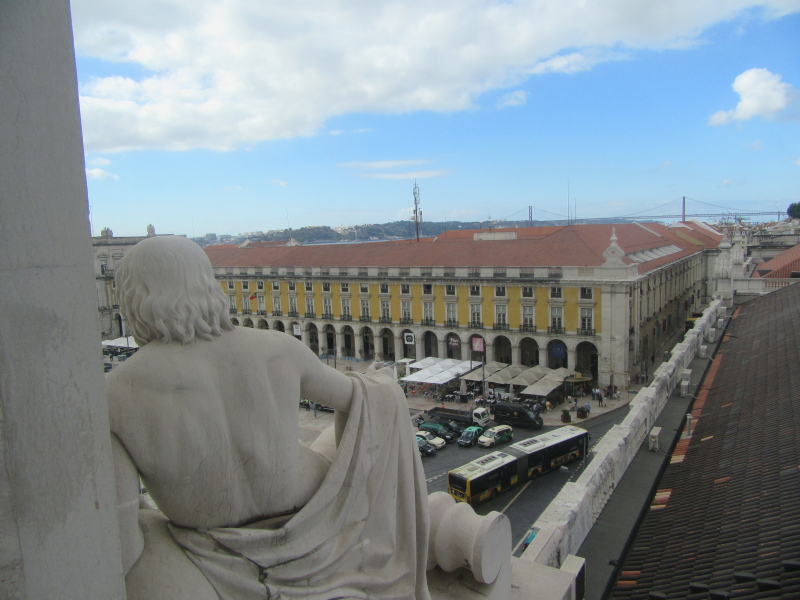 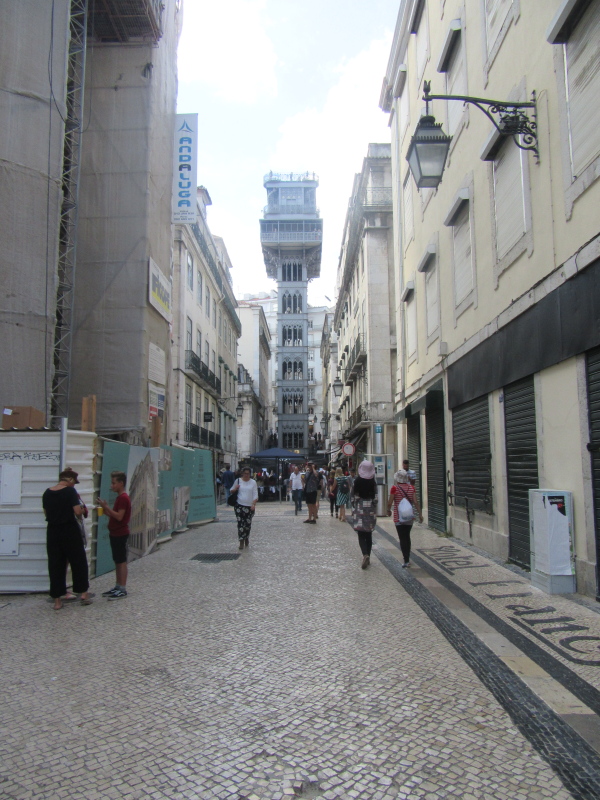 By the time I was finished exploring, I was getting hungry, so I went looking for a restaurant on Rua Augusta. I was determined to try as many Portuguese typical foods as possible. I found one restaurant that served sardines. Yes, I was willing to try it! In Canada, our sardines are tiny and come in a tin. Imagine my surprise and slight horror to get a plate, well more like a platter, with five huge sardines on it. I ate most of them but couldn’t quite finish. I found them to be quite delicious. Afterward,  I had the energy to wander up and down Rua Augusta. I am not a big shopper, but it was fun to see the different types of stores. 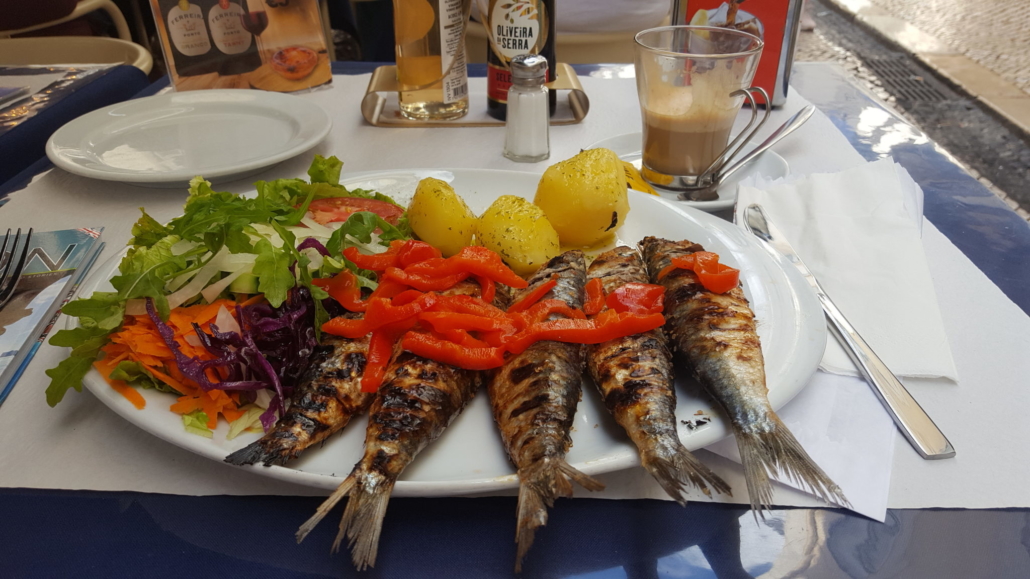 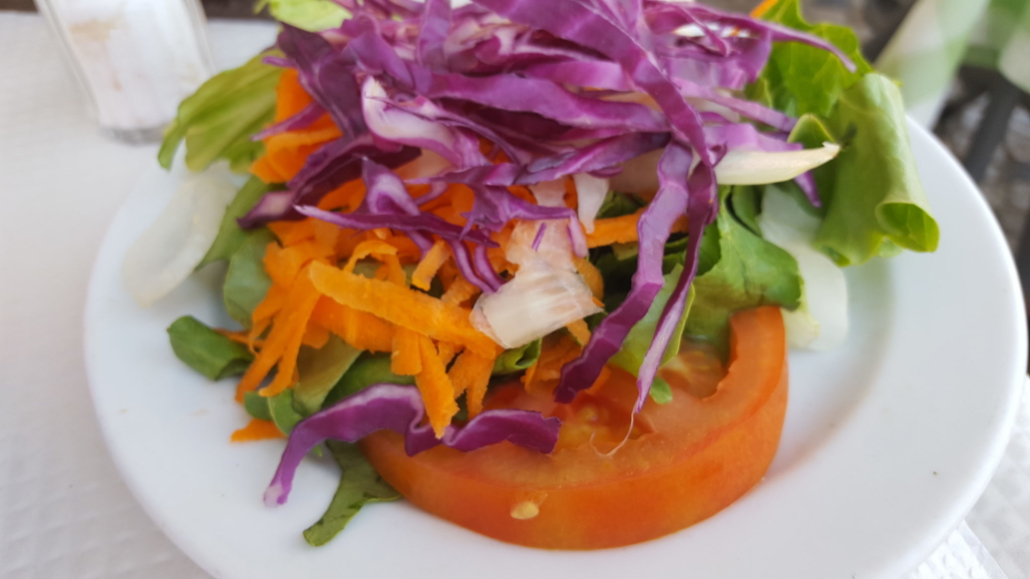 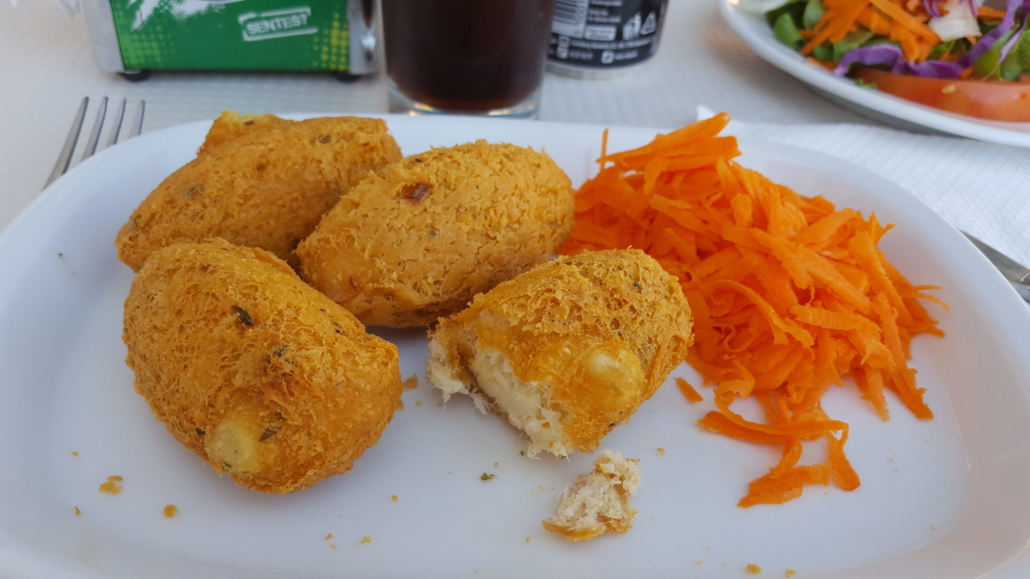 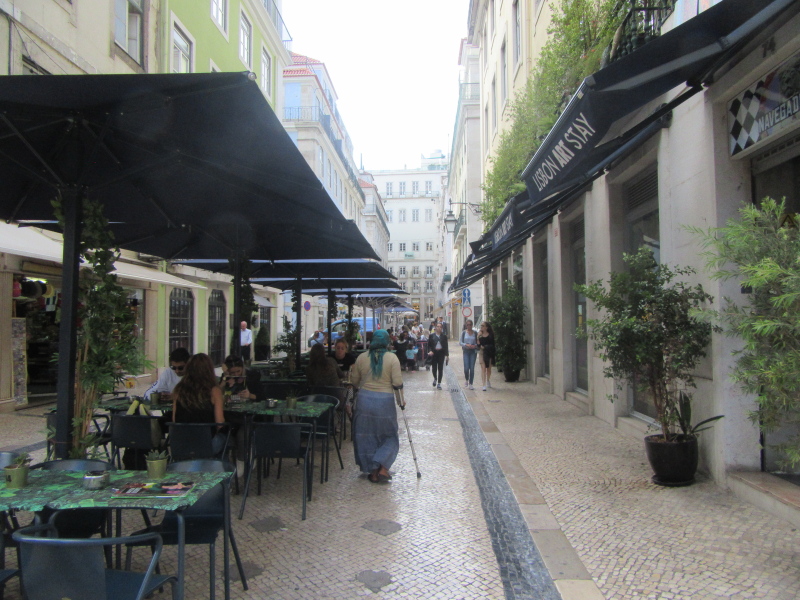 It is easy to wander around Lisbon and safe. I was a lone female traveller and never felt unsafe, even walking at night. There was a time where, after being at a fado concert, I stepped outside and discovered that I had no idea where I was! I had taken a taxi to the show. It was dark, and I was hungry. I asked a local where I might find a good restaurant. He pointed in a direction. So, I went in that direction. I got lost and wandered up and down various streets. I eventually found a cool pedestrian-only street, lined with busy restaurants. I chose one and sat at an outside table. I had a lovely meal and was able to do one of my favourite pastimes, people watch. Across the street was a fado bar and people were lined up for the next show. After the show finished and those patrons left, they let more people in for the next show. Fun to watch and the only disappointing thing was that I was not able to hear the music. 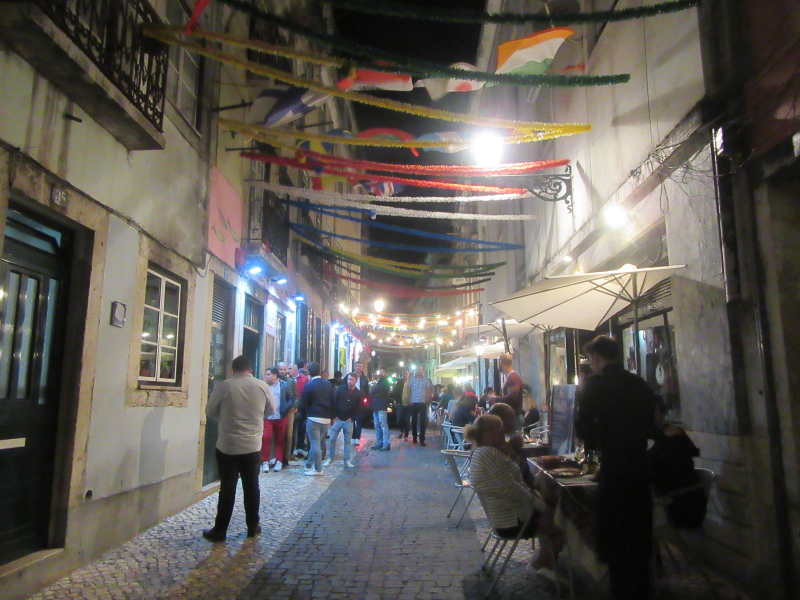 Lisbon is easy to explore. There is public transportation, taxis and Uber. One note on taxis – for the most part, they were good. But, I get one driver who thought he was Mario Andretti. I seriously thought I was going to die. I took Ubers after that. They were reasonably priced. I liked the idea of knowing in advance what it was going to cost, when my driver would arrive, and who, my driver would be.

There were so many places that I did not see. Yet another reason to return to Lisbon!