“Once the travel bug bites there is no known antidote, and I know that I shall be happily infected until the end of my life. – Michael Palin
In comparison to other capital cities, Oaxaca is relatively small with a population of 280,000 in town and 800,000 in the outlying areas. It was in the middle of an important trade route, hence the diversity of the crafts seen here.
Oaxaca has 16 ethnic groups which make it the most ethnically complex state in Mexico’s 31 states.
One group of Mexican’s that has  been totally ignored in textbooks and by society as a whole are the African-Mexicans. They are the descendants of the slaves brought to Mexico by the Spaniards in the early 1520s. The slave trade brought approximately 200,000 Africans to Mexico. Slavery was abolished in 1829. No one seems to know the African-Mexican population, but educated guesses put it at the tens of thousands.
When we arrived in Oaxaca, we met our local guide José Adelaberto López Ramos. He had a wealth of information for us. Not only at the sites we visited but during the travel to those sites. He speaks excellent English, and has a great sense of humour. He kept us entertained. He will do private tours as well. His contact information: email – adalbertguia@hotmail.com or tel: (951) 547 19 47 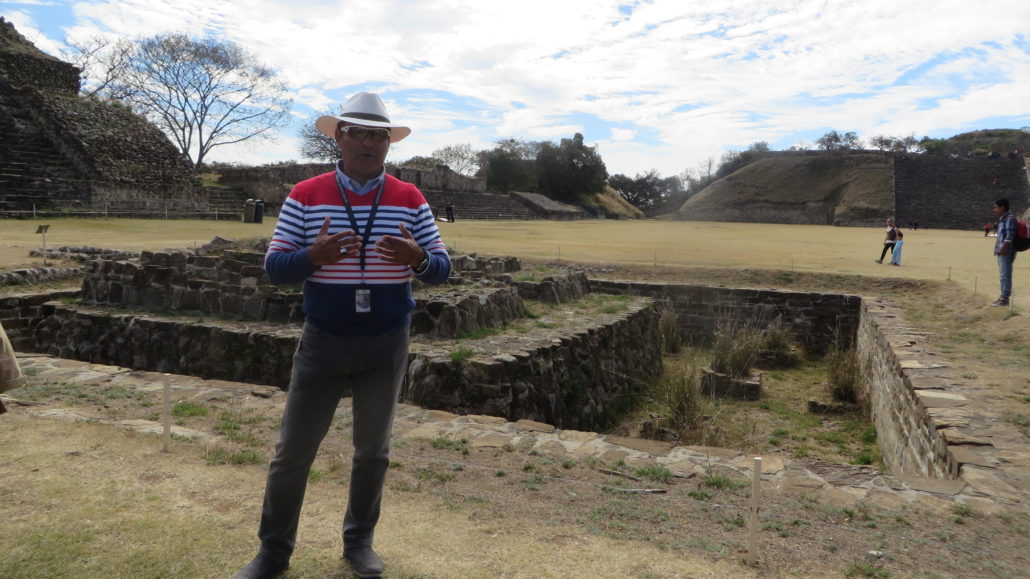