“Once a year, go someplace you’ve never been before.” Dalai Lama
Fifteen kilometers east of Terrace, B.C. lays the Kitselas Canyon on a narrow section of the Skeena River. It is home to the Gitselasu or commonly known as the Kitselas people. In recent years, the Gitselasu have developed four longhouses and a carving shed and gift shop as well. Kitselas Canyon was designated a national historic site in 1972. The Historic Sites and Monuments Board of Canada listed the reasons below: 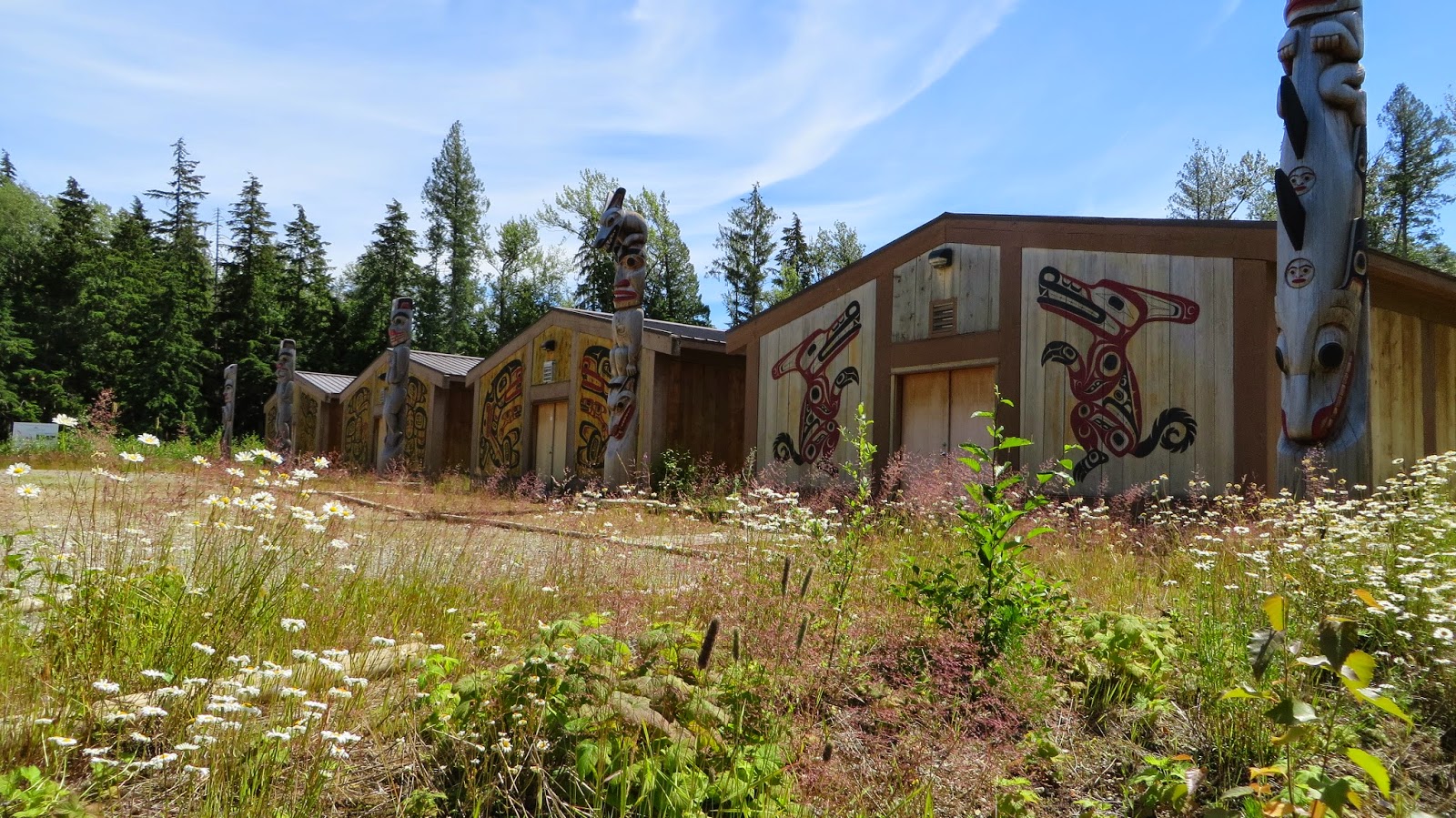 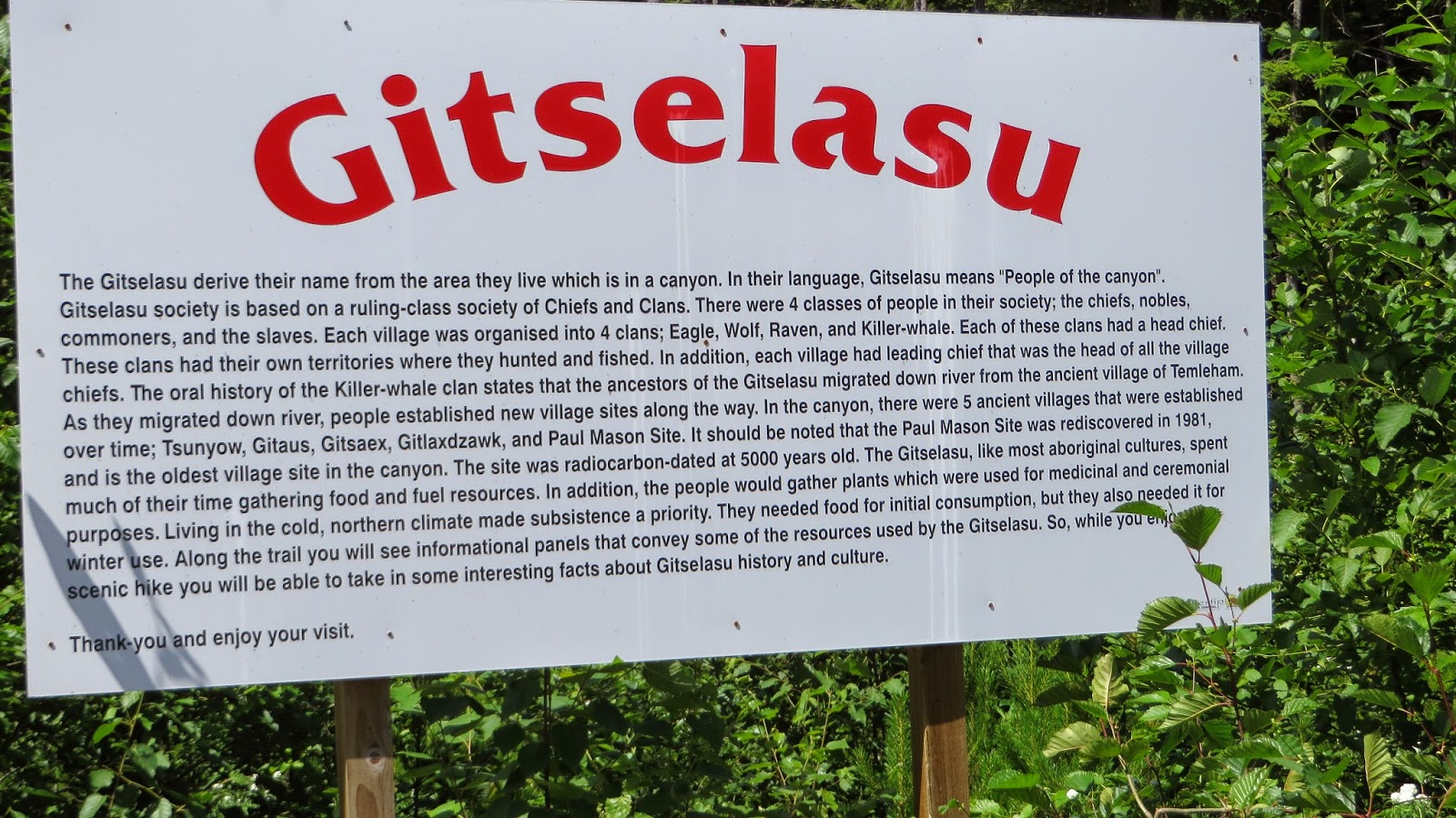 –          “It encompasses approximately 5000 years of Aboriginal history and is a place of major significance to the people now known as Tsimshian;
–          In the 19th century, two permanent Tsimshian villages occupied a strategic position on the river, giving the people here control over the gateway between the coast and the interior, and therefore control of trade with the Hudson’s Bay Company. The fact that Gitlaxdzok was a fortified village site makes it unique on the north coast; and
–          The cultural record is especially rich and has allowed detailed archaeological reconstruction of the culture history at Kitselas Canyon, including aspects of social change, the lasting relationship with people on the coast, vast trade networks, and changes in settlement patterns. “
Archaeological research and excavations at the Kitselas Canyon have been carbon-dated to 5,000+ years.
The 1.1 km interpretive trail that leads to canyon, petroglyphs, and Ringbolt Island is an easy hike. It is so quiet that the sounds of our shoes on the gravel trail seem like an intrusion in this peaceful setting. One could easily forget that 2 km back is a busy highway. It felt like we had stepped back in time. Along the way, there were various informational kiosks about the flora, and fauna. We did not get a guide but it would be worth the cost.
Below are the costs for the guided tours taken from their website.
Open to the public for self-paced walk/tour. Gates are open during regular business hours 8am-4pm.
Guided tours call: 250-635-5084
Admission with Guided tour including the Longhouse:
Adults – $16.00
Children – $10.00
Seniors – $8.00
School – $65.00 per class (Max. 40 students)
https://www.thetravellinglady.ca/wp-content/uploads/2014/10/IMG_0333.jpg 899 1600 TL_Admin https://www.thetravellinglady.ca/wp-content/uploads/2016/11/logo-300x71.png TL_Admin2014-10-27 22:39:002017-10-20 17:19:45Kitselas Canyon
0 replies