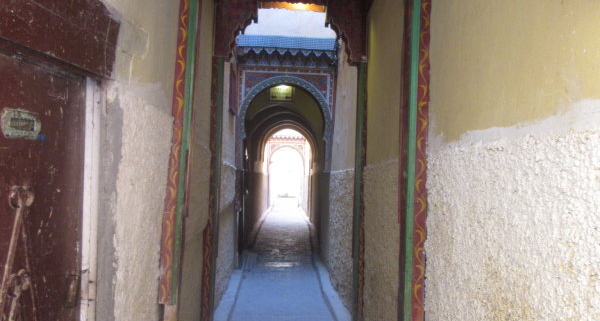 “We travel because distance and difference are the secret tonic of creativity. When we get home, home is still the same. But something inside our minds has changed, and that changes everything.” Jonah Lehrer

Fes is the second largest city in Morocco and after settling in our hotel, Hotel Mounia, we set out to explore the Medina. Medina is the Moroccan word for market and what a market it is. Our main tour guide was not allowed to take us on this tour, so a local guide was hired. It is advisable to get a local guide to show you at least some of the highlights and more importantly, how to get out of the Medina. There are over 9,000 winding streets within 365 hectares. It would take several days to see everything. Getting lost in the medina is almost expected. 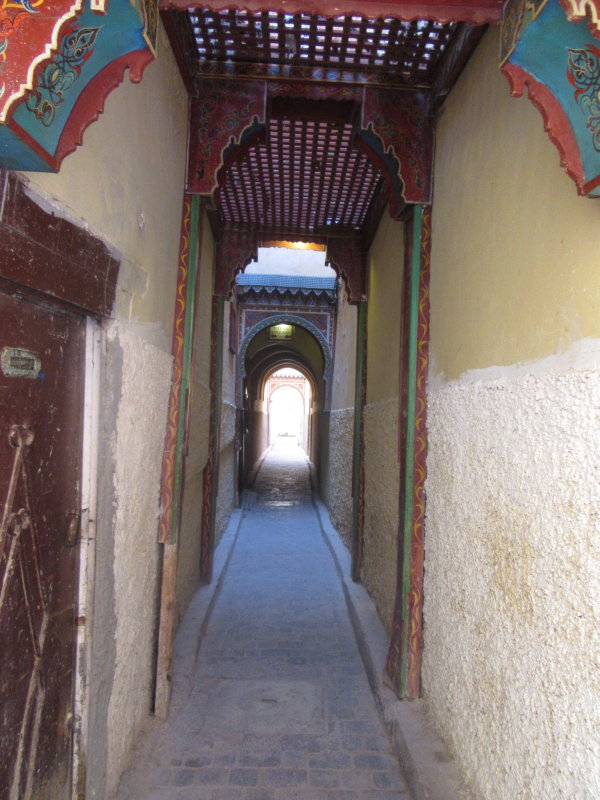 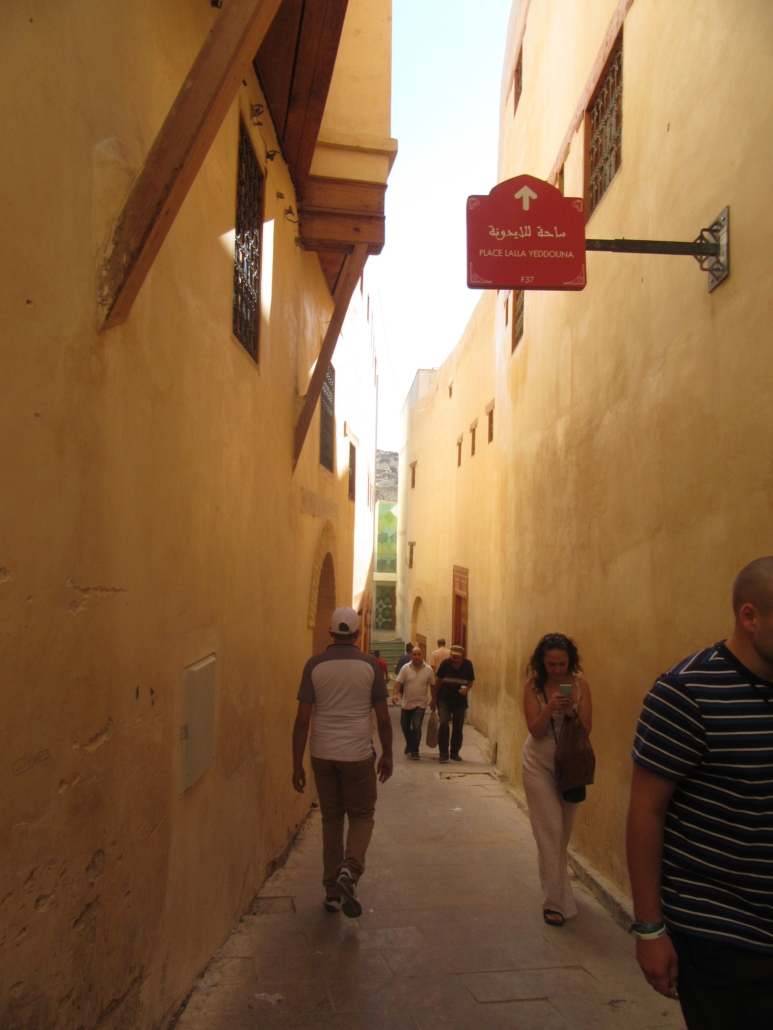 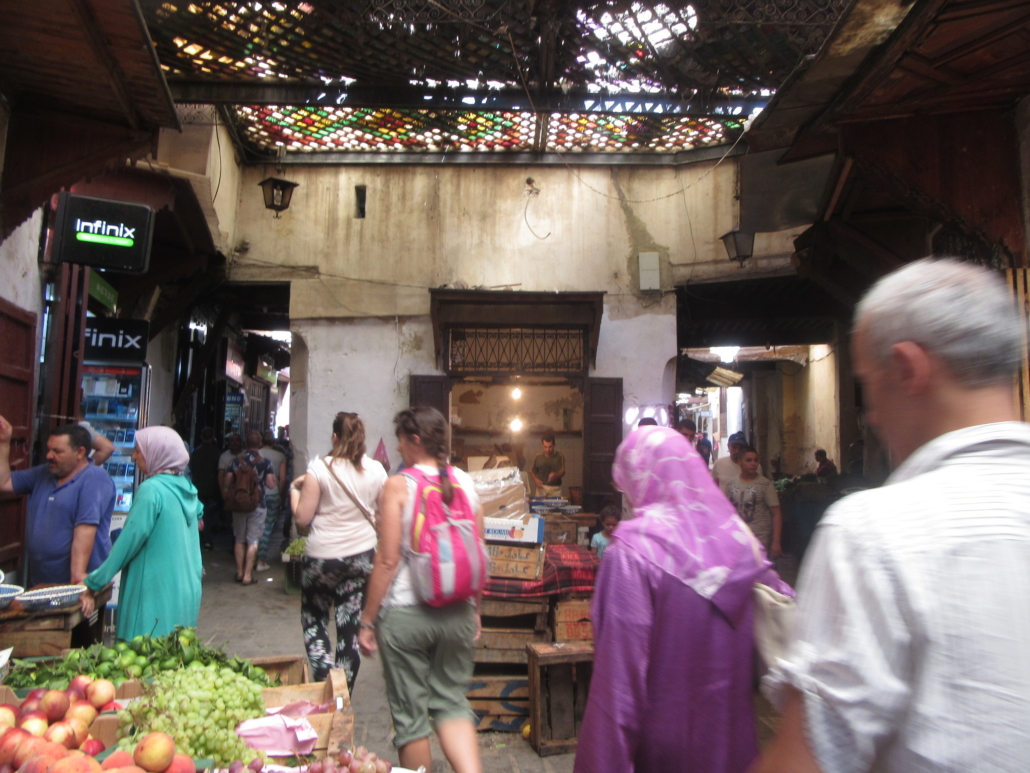 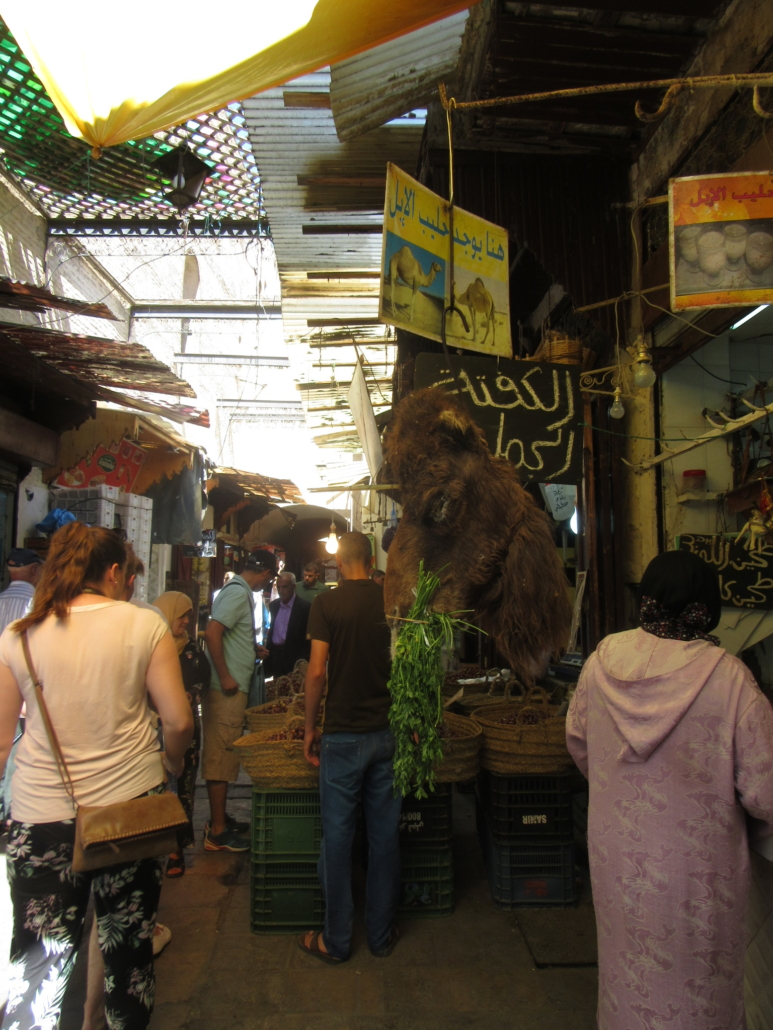 Inside of the medina is the largest mosque in Fes. It holds 3,000 people. 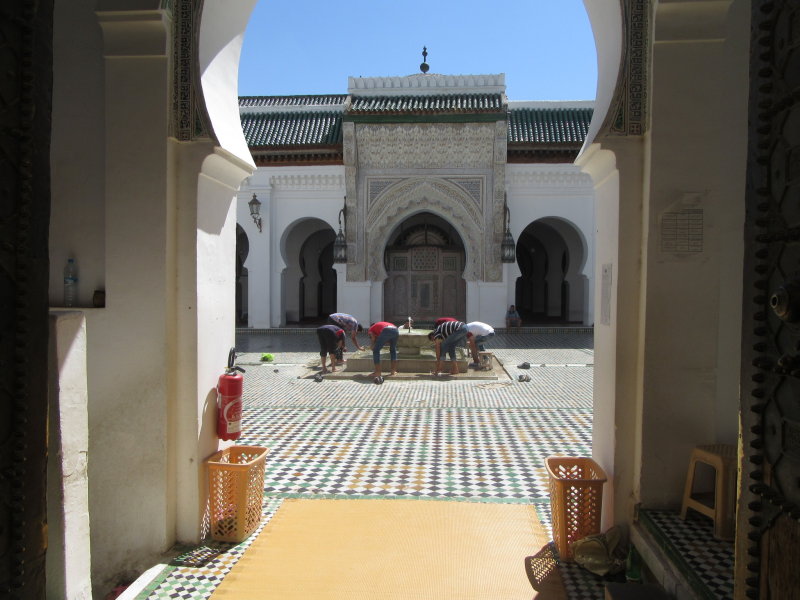 Men washing their feet before going in for prayers 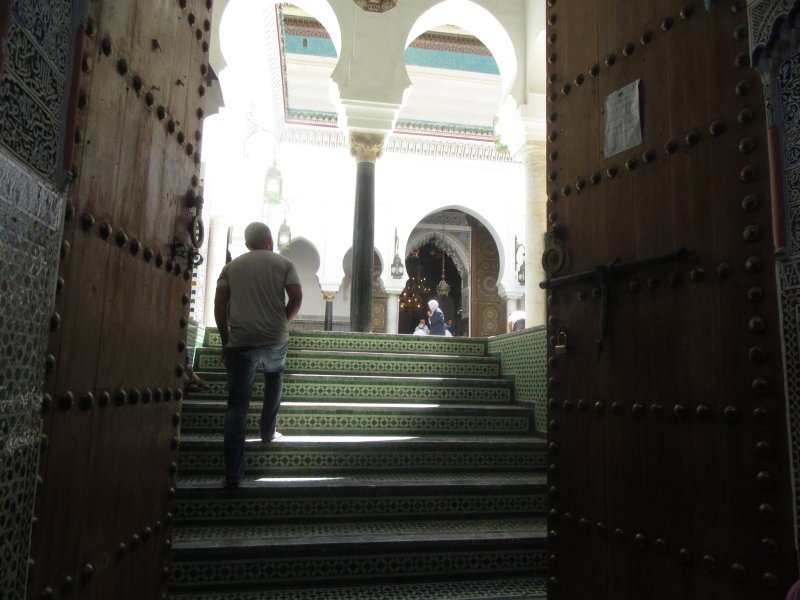 One of the highlights was seeing the tannery. The tannery dates back to the 11th century and is the oldest in Africa. You enter into a store from which you can go up to a balcony. From the balcony, you can see the different “pots” where men are either treating or dying the leathers. You will be handed a sprig of mint to sniff before you get to the balcony. It is because some vats are filled with a mixture of cow urine and quicklime to remove any remaining bits of hair before soaking the leather in a softening wash of acidic pigeon excrement. After the treatments, the leather is put into pots containing dyes made from spices such as saffron for yellow, pomegranate for red and turmeric for brown.  Inside the store, there is a vast array of leather goods. All production is done by hand. I bought a hassock. I managed to get them down to half of what they were originally asking. I was very proud of my bartering skills. Pretty good deal I thought until I was able to get another one in the market for half of the bartered price for the first one. 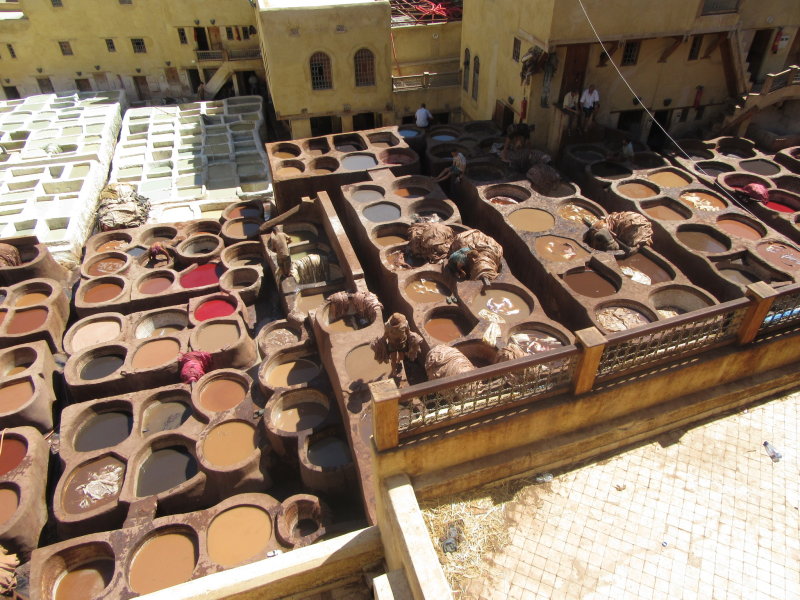 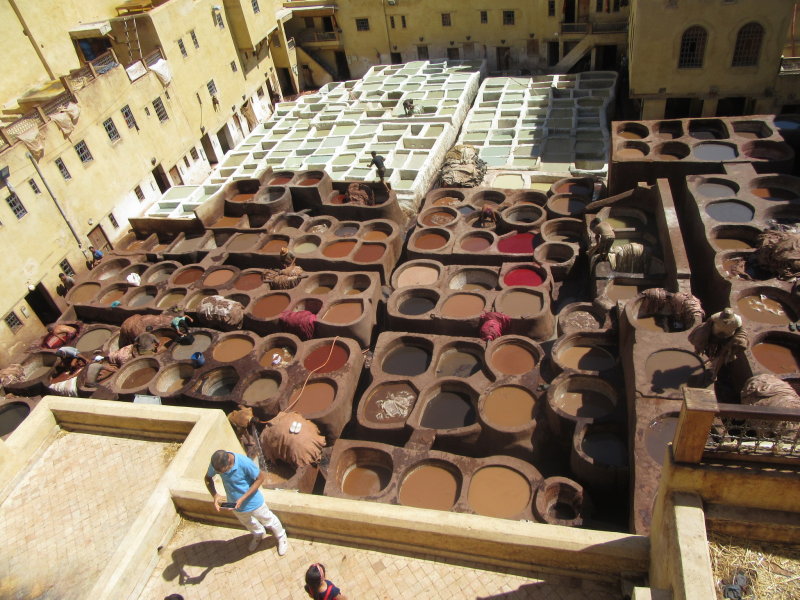 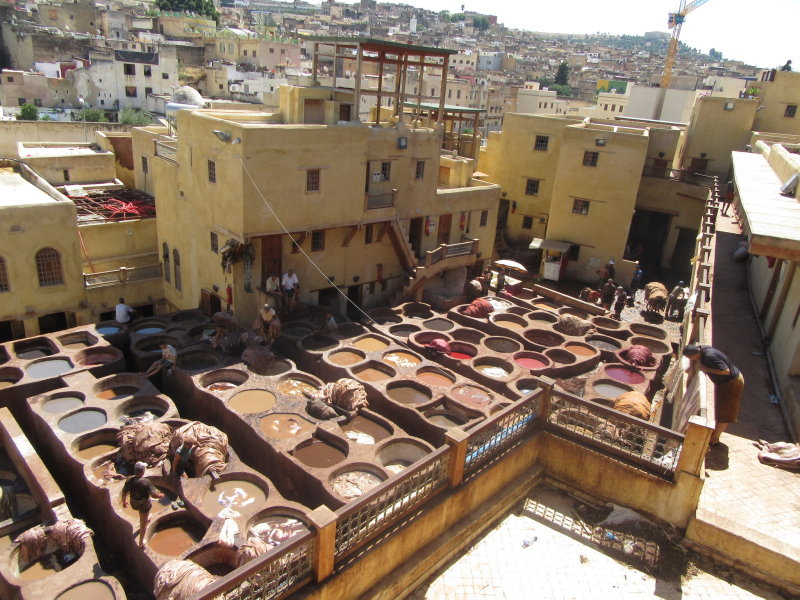 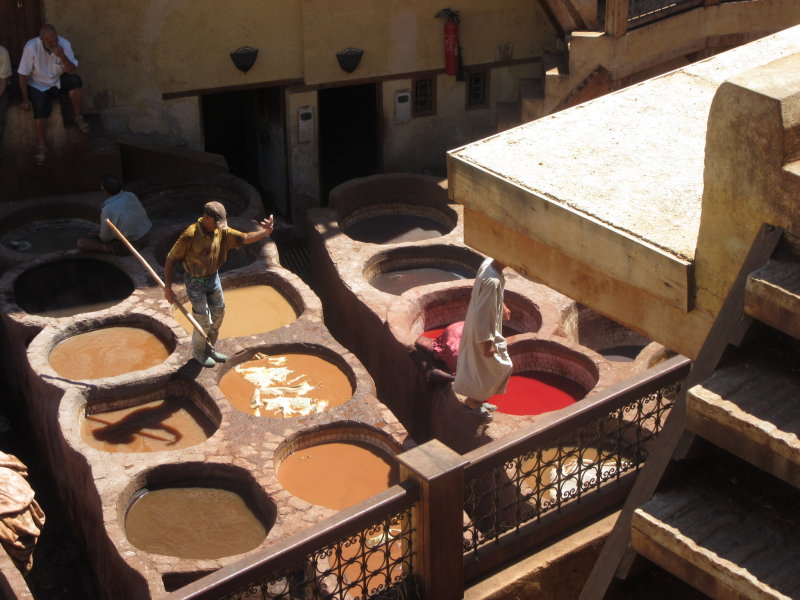 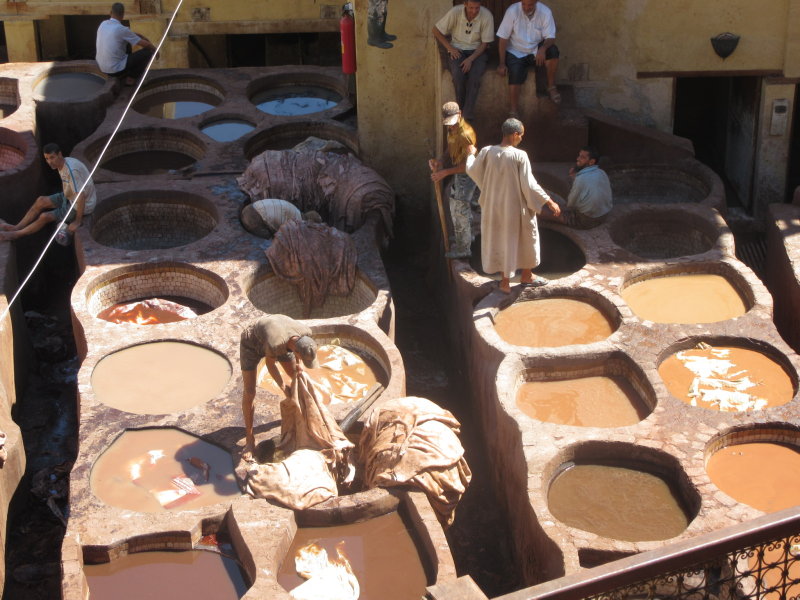 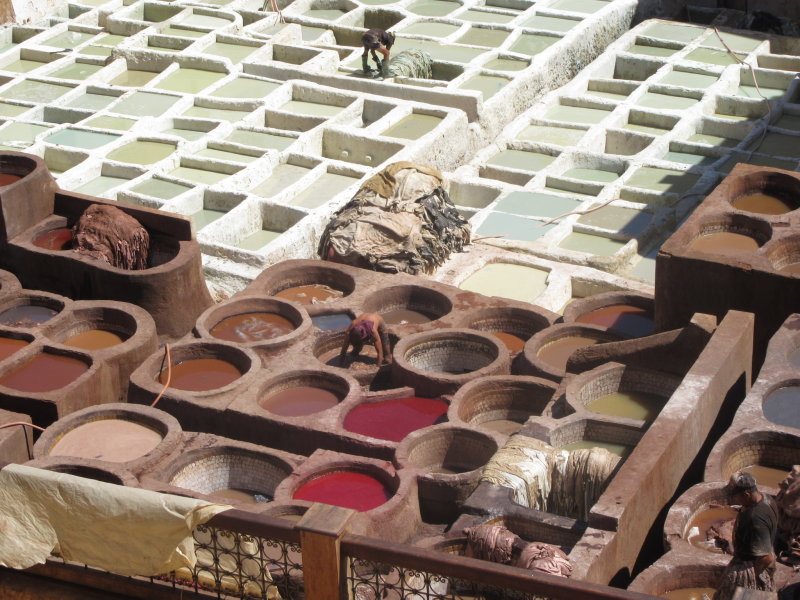 Another of the many stops we made was to a weaving shop that makes the most exquisite agave silk scarves, blankets etc. The silk comes from the agave plant. They extract the filaments from the agave, twisting them into very strong thread. Then they dye them and weave them into their beautiful creations. 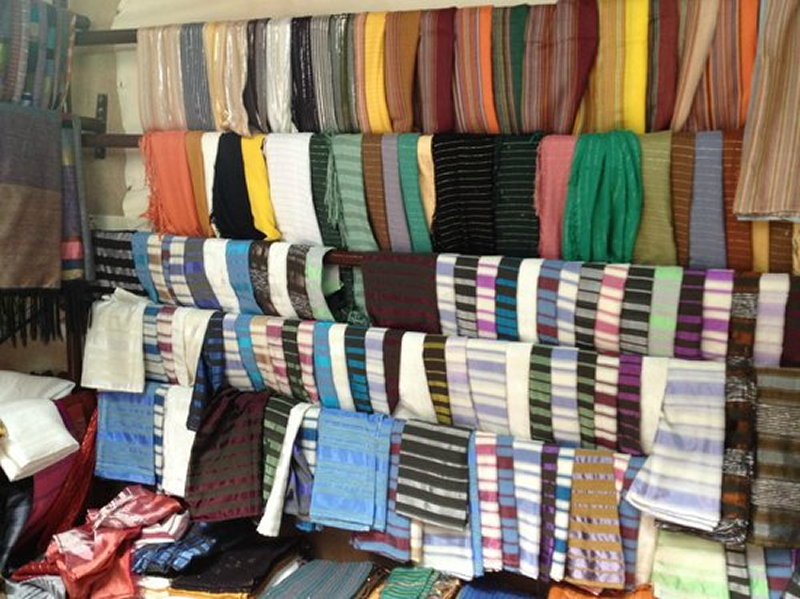 In the few hours, we had to explore the Medina; it was overwhelming. There was a variety of goods from leather goods, spices, copper, woven articles and many more things. 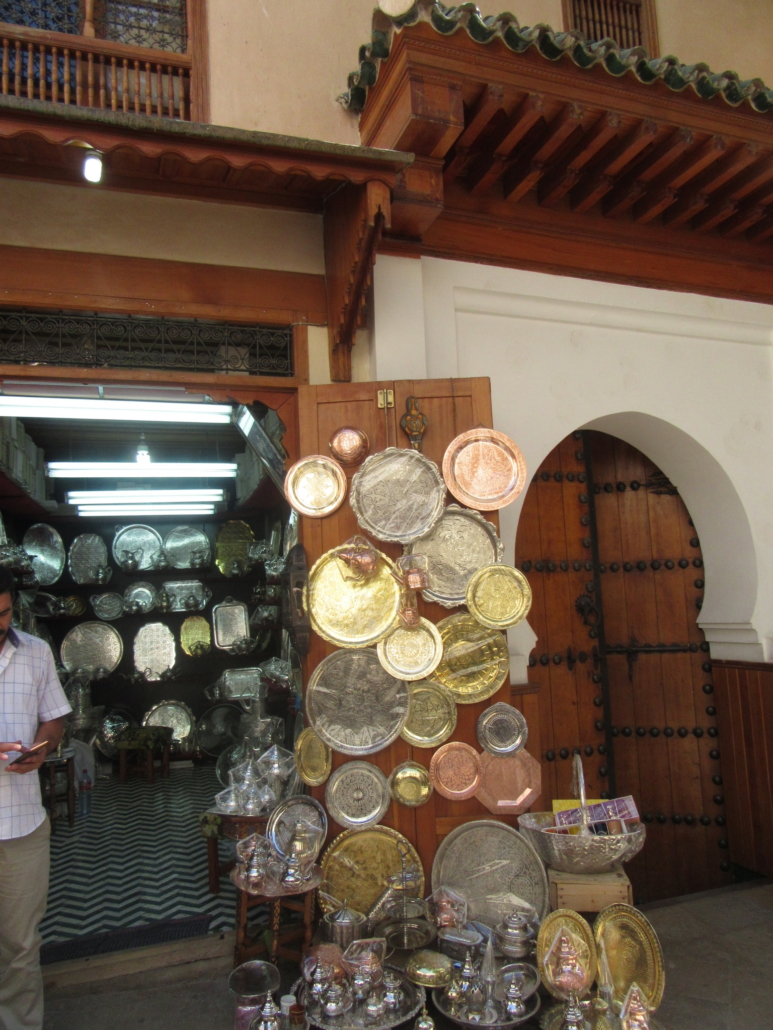 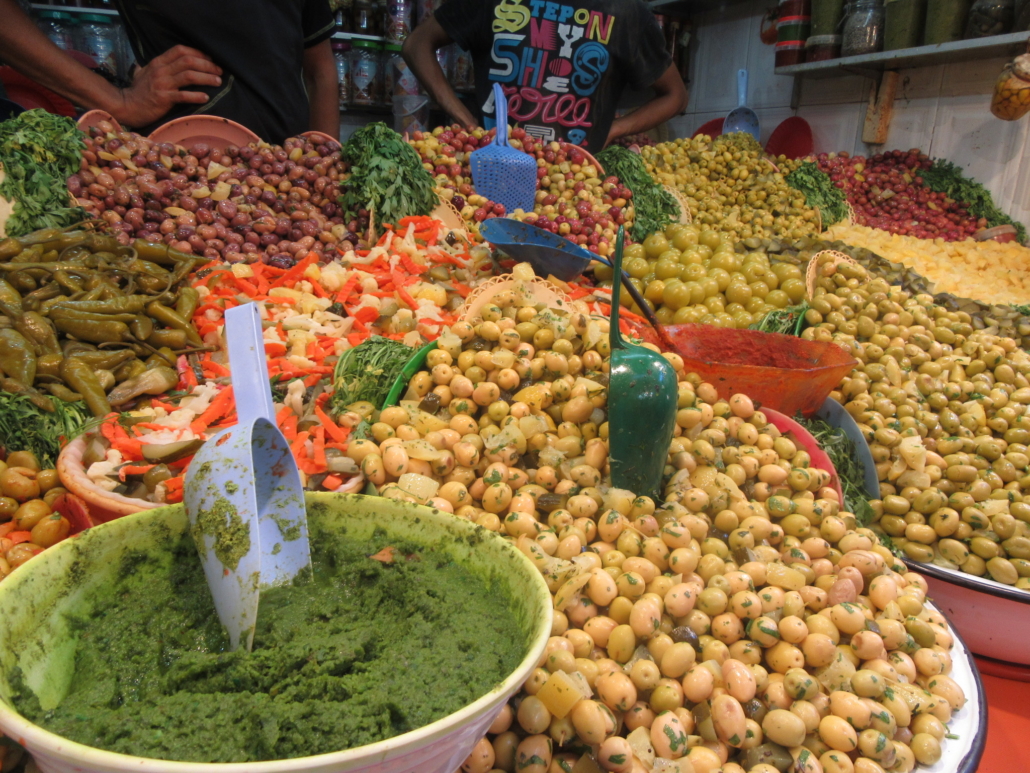 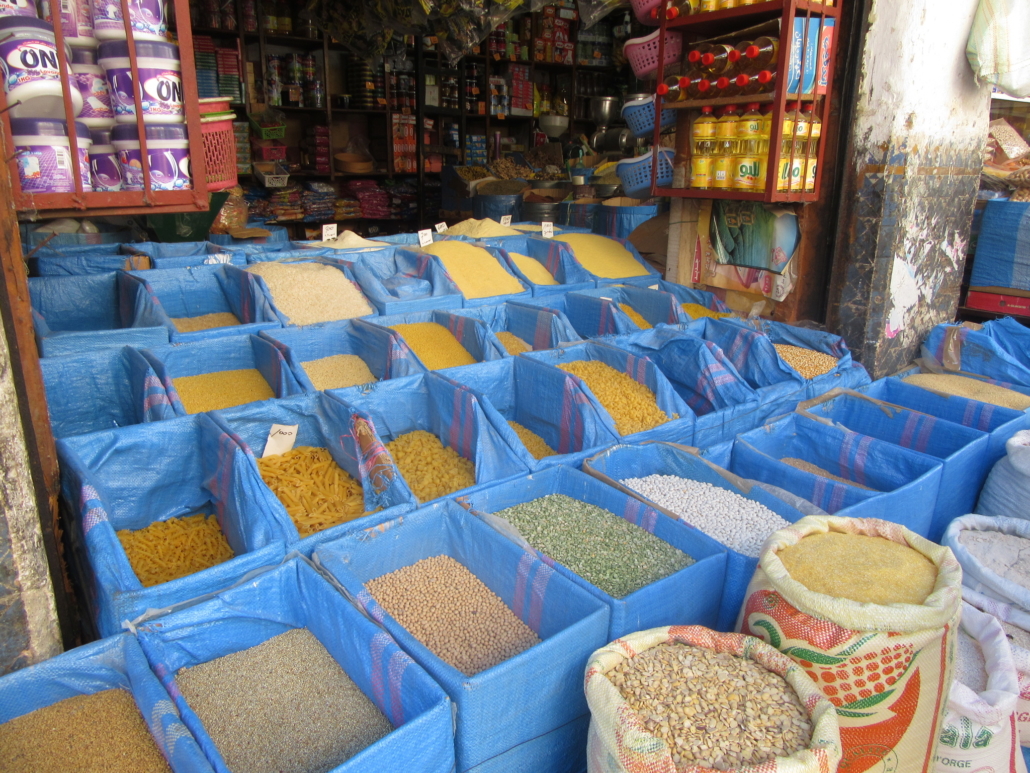 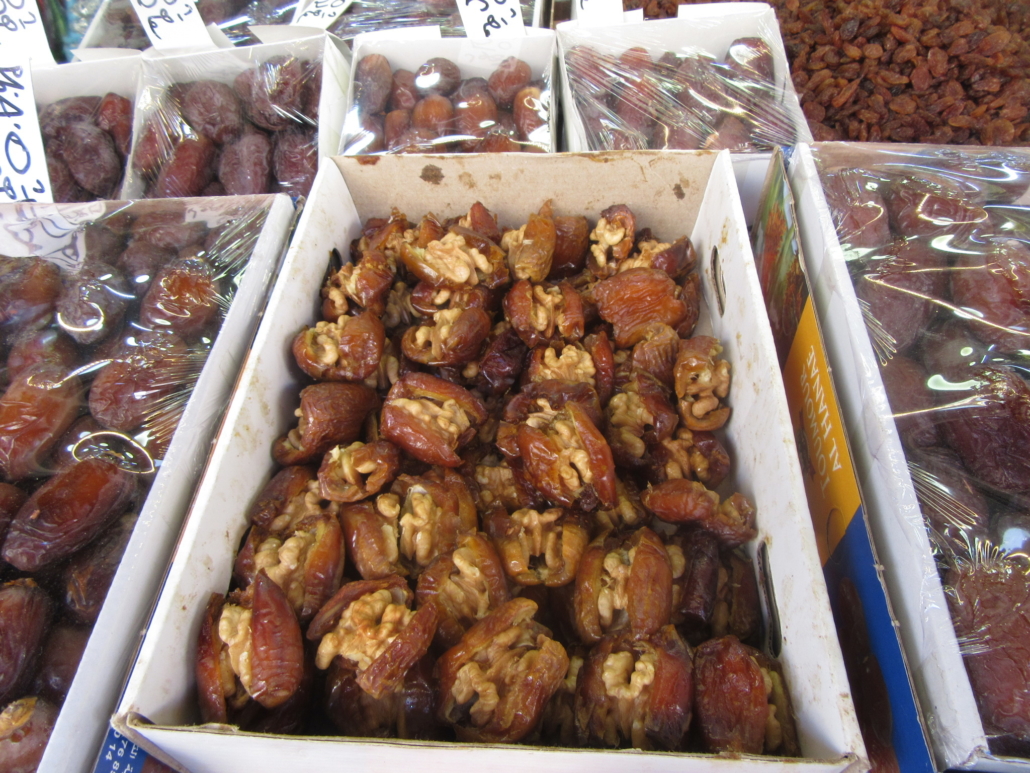 If you go to Fes, allow at least a day to explore the Medina if not more. 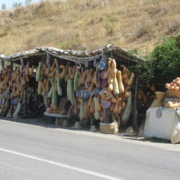 Travelling with Dementia; a journey of unbelievable proportions