National Palace
“Travel is more than the seeing of sights; it is a change that goes on, deep and permanent in the ideas of living.”  Miriam Beard
The National Palace has a grand, an austere appearance. This site has been a palace for the ruling class of Mexico since the Aztec Empire, and much of the current palace’s building materials are from the original one that belonged to Moctezuma. It is home to the Federal Treasury and the National Archives.
We were expecting the same inside. We were pleasantly surprised. The entrance is free, but you pay $10 pesos for the locker room for your backpack or any large items. Security is very tight, and frankly I am surprised that the public is allowed inside. I accidentally opened a partially open door to find a meeting going on inside. Oops.
In the main balcony is the bell that Father Miguel Hidalgo rang to call for the rebellion against Spain.
Some rooms are on display including the Presidential rooms. There is a room dedicated to Diego Riviera, and his murals depict the history of Mexico. If you look closely, you can see where he included Frida Kahlo in almost every painting.
You can walk around the palace gardens, but you can see that you are under the watchful eyes of the police and military. Despite that, it is peaceful and quiet which is amazing considering that just a few meters away is the hustle and bustle of the city. 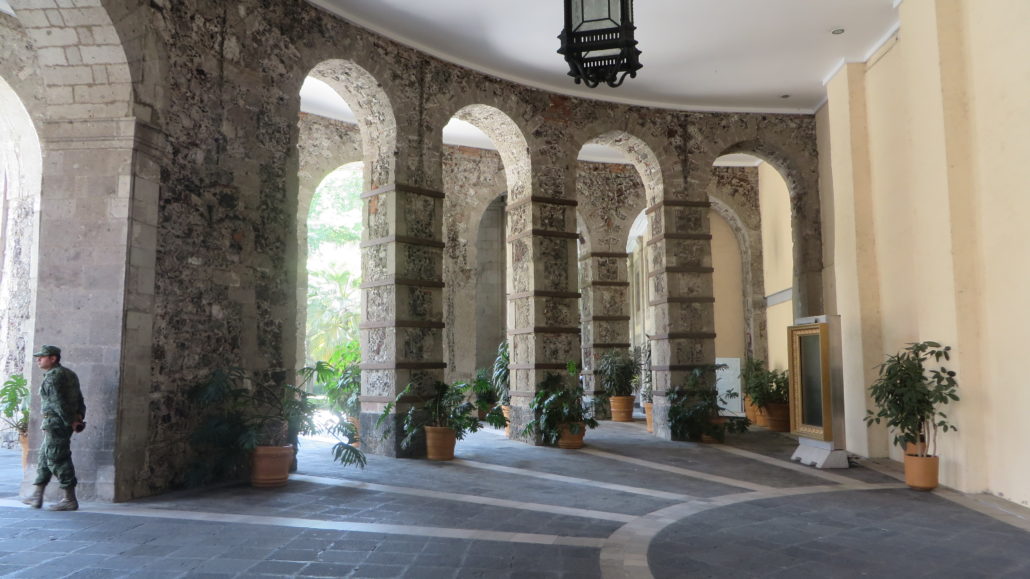 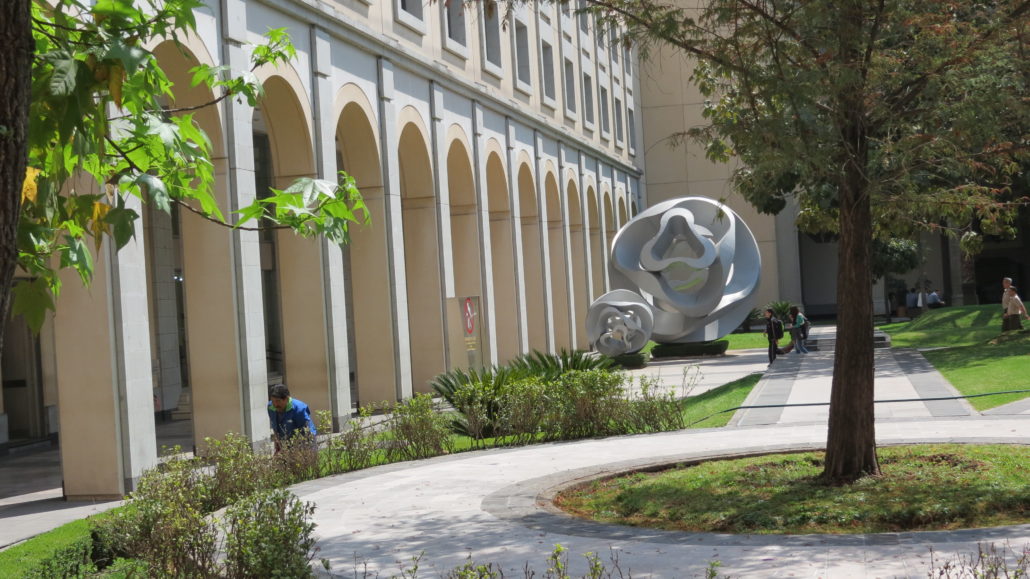 Around the corner from the Palace is the Templo Mayor and Museum. The Templo Mayor was one of the main temples of the Aztecs.  After the Spanish had taken control, they destroyed the temple, like most of the rest of the city and then it was covered over by the new Spanish colonial city.  While the outside excavated site is impressive, you must include the Museum. Very well done and fascinating.  There are eight rooms starting with the Historical Background in Room 1. 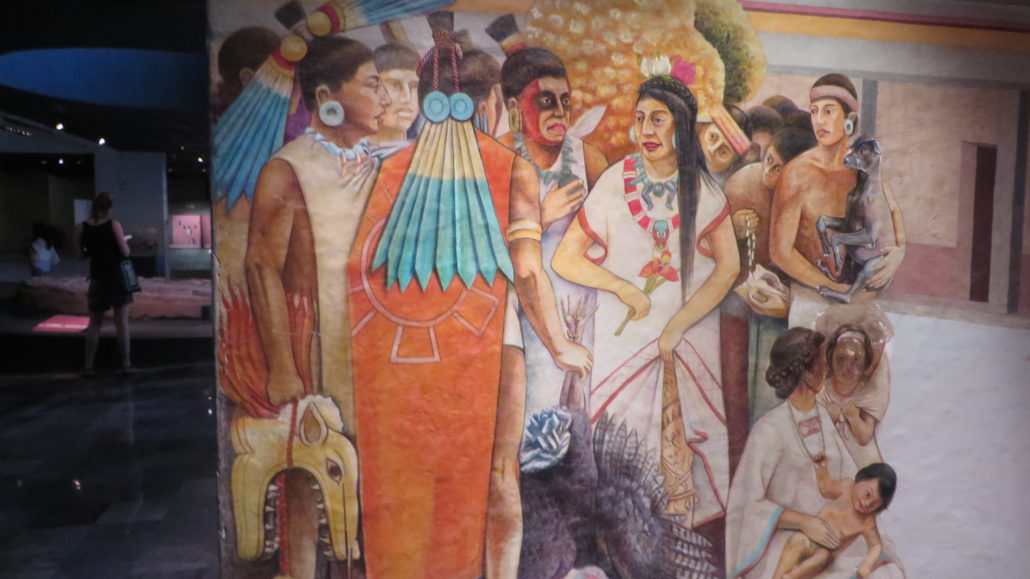