Andrée Fawcett has been heavily involved in the gardening community in Prince Rupert, B.C. for many years and was the leading force behind the annual Garden Tour that started 15 – 20 years ago. Because of her involvement at a local nursery, she got a reputation as someone you could go to and ask about plants. She kept hearing people say time and time again that you can’t grow anything in Prince Rupert. So she brought this topic up before the Prince Rupert Garden Club. She stated to the club that there was a need to show that you can grow just about anything you want.  She knew of several people who grew all sorts of plants and vegetables that other people thought were impossible to grow in Prince Rupert. So the Garden Tours were started. People also believed that not a lot could be grown in Prince Rupert mainly due to the weather and because all they saw were the front yards. Little did they know what inspiring gardens were in the backyards.

Once a year, around the 3rd or 4th week in July, people have an opportunity to view about 6 or 7 homes on a self-guided tour. The tickets are $15.00 per person, and that includes a lovely afternoon tea at Andrée’s home which besides her inspiring garden has a lovely ocean view. All the food has been donated, made and served by volunteers. One’s diet could easily be broken here!

The owner of this shed/greenhouse, built it herself 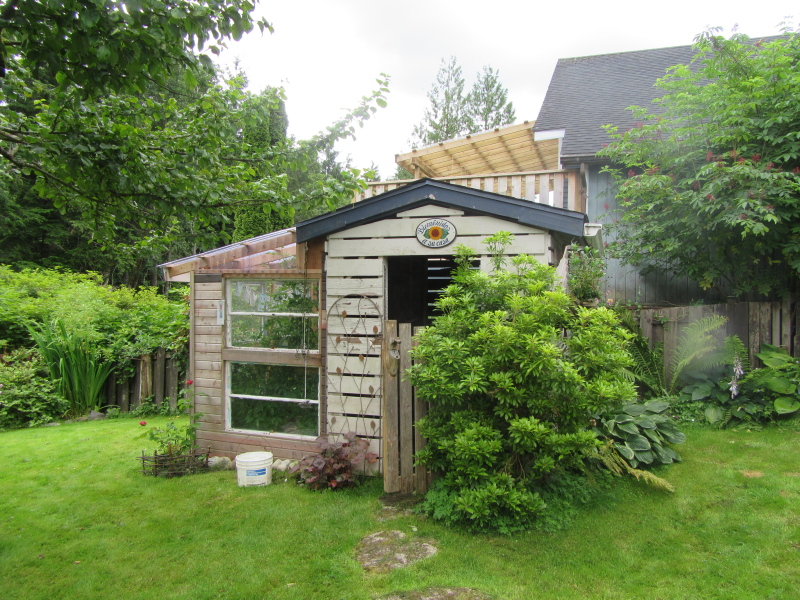 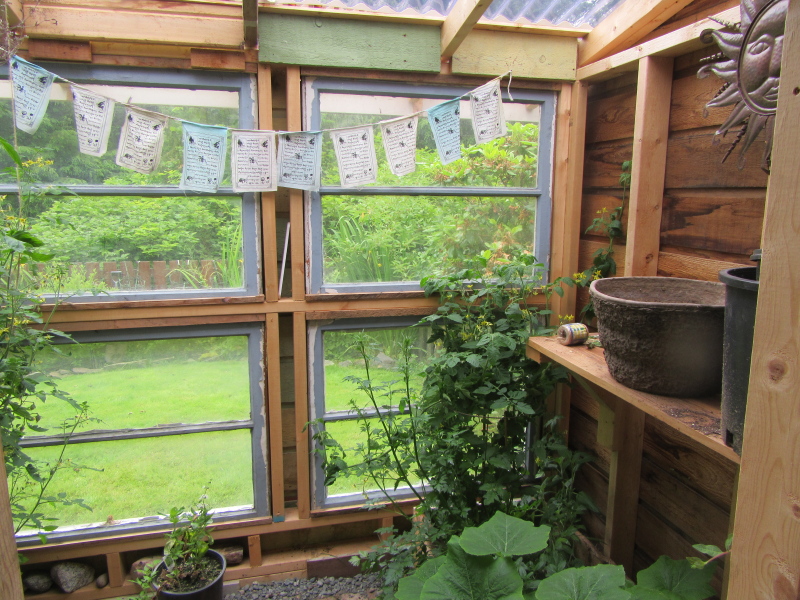 Even a small place can become a sanctuary 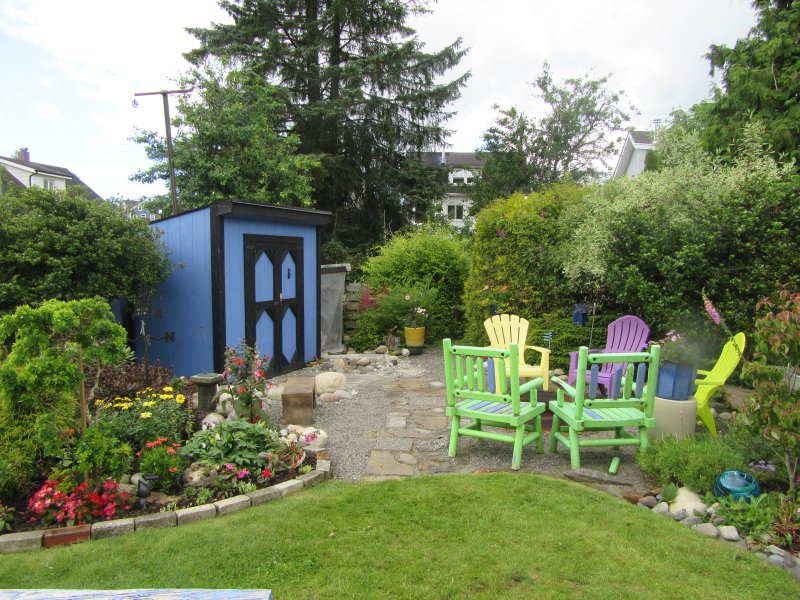 All proceeds of the garden tour go to the Sunken Gardens which is behind the courthouse. The Sunken Gardens, as the name implies, is an area which was dug out to build the courthouse. According to the Sunken Garden’s website, the foundation was laid down but was halted due to the outbreak of World War 1. After the war, updated plans called for the building to be moved 35 feet in front of the original foundation to be closer to McBride Street and 2nd Avenue. During World War II, the American military used the aborted foundation as an ammunition storage site. They constructed tunnels on either side for easy access, keeping the supply secret by covering it with a tarp. Once the war was over, the garden became a make-work project for the relief men to earn money. Today, the Sunken Gardens is maintained by volunteers except for one paid person. The Province of British Columbia gives a grant each year to pay for the one staff and plants. 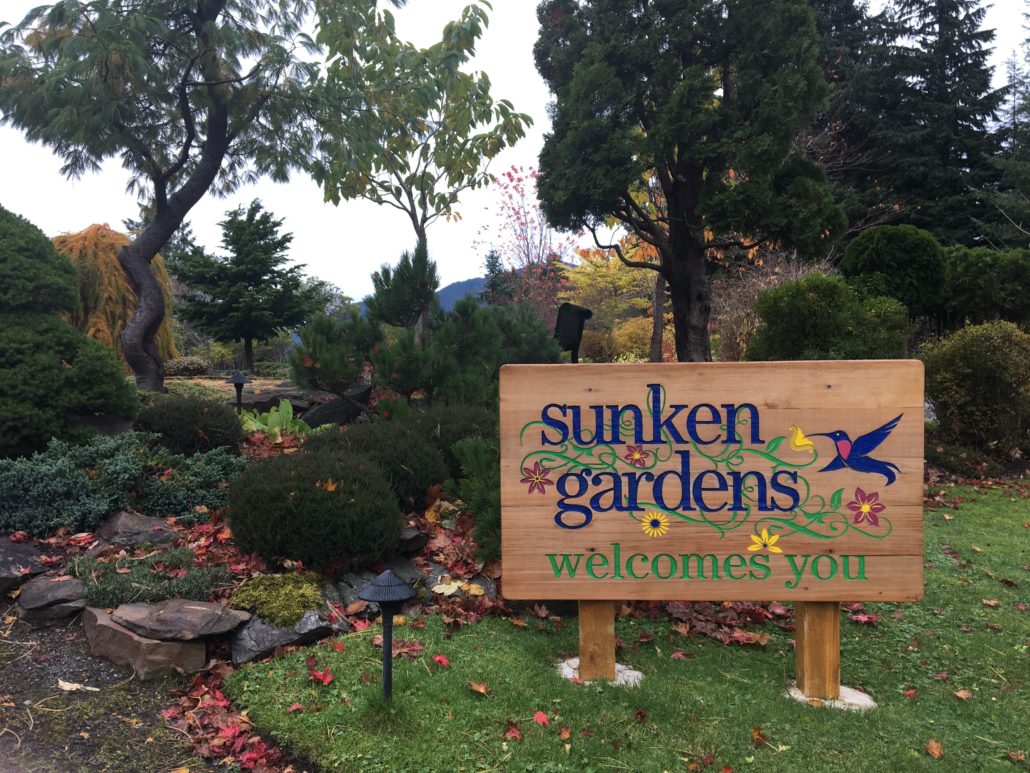 The members of the garden club when it started in the late 20’s, were all men and mainly Italian men as they did all the gardening. Most of what they grew was vegetables for their own use. Today, the club consists of mostly women.

I asked Andrée if there was a trend now with people growing their own vegetables. “Absolutely,” she said,”it started about ten years ago and came on strong about five years ago. People are so into growing their own vegetables that they forget that you need the flowers to attract the bees. If you don’t have the flowers, then you don’t have the bees to bring to the vegetables. No one is pollinating your plants.”

I have gone to a number of garden tours over the years and had always come away with at least one idea to implement in my garden much to the chagrin of my husband! It is amazing what people have planted and built in their gardens. It is quite inspiring.

If there isn’t a Garden Tour in your town, perhaps you could start one. I love that I can snoop into other peoples gardens.