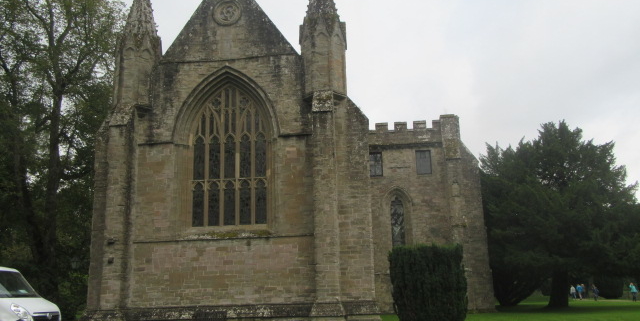 My last trip before going to Mexico and before Covid was to Scotland and Ireland. It is not like it was not on my bucket list – everywhere in the world is on that list – but it wasn’t at the top. Which, considering Scotland is where my ancestors are from, was strange. But, a friend wanted to go and asked if I would join her. Of course, I said yes.

We decided to fly to Edinburgh. It is not a bad airport as airports go. We decided to take an Uber to our accommodations as we had just flown over 12 hours and were very tired. I do not sleep well on planes. We did not want to figure out the local transportation at that point.  It was an overnight flight, and we had arrived quite early. The hotel allowed us to leave our luggage there as it was too early to check-in. We went looking for a restaurant, found one and passed the time away in a lack of sleep stupor.

At this point, I should suggest that you do not do what we did. We had booked a five-day tour early the next morning. Not the smartest thing to do. I would give yourself at least a day to settle into the time change and lack of sleep.

The next morning, we got up reasonably early, had breakfast at the hotel and got an Uber to the train station. We were to meet the tour group there. We chose Rabbies Tours as they were a small group tour company. I’m not too fond of the big bus tours. Too many people to be able to see the sites properly. Rabbies was the best decision we had made. Our tour guide for the trip was Jim. He was excellent. Very knowledgeable and funny.

On day one, we headed north over the Firth of Forth to the charming highland village of Dunkeld. The first stop in Dunkeld was the Dunkeld Cathedral. It is beautifully situated on the banks of the River Tay. Half the church is still in use, and the other half is being restored. Great start on our tour. 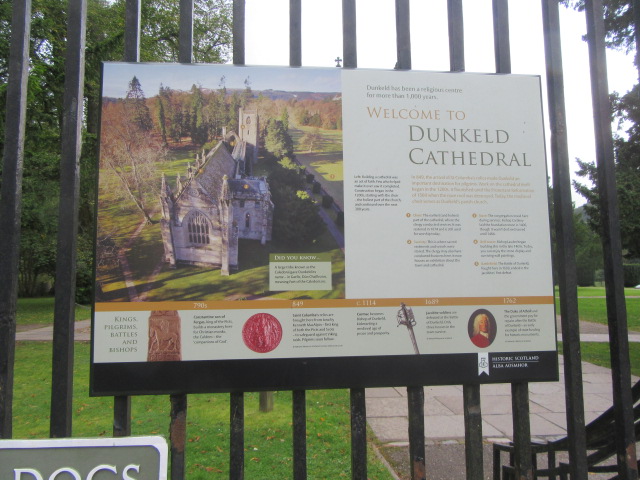 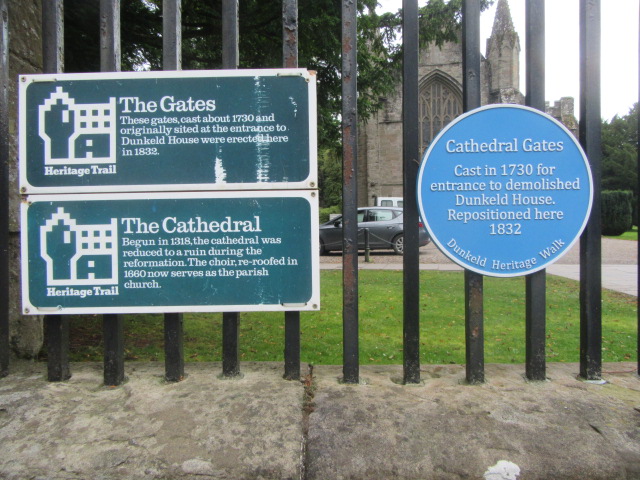 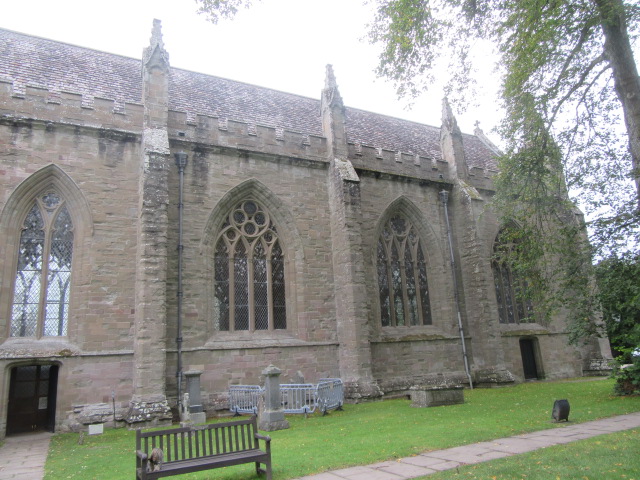 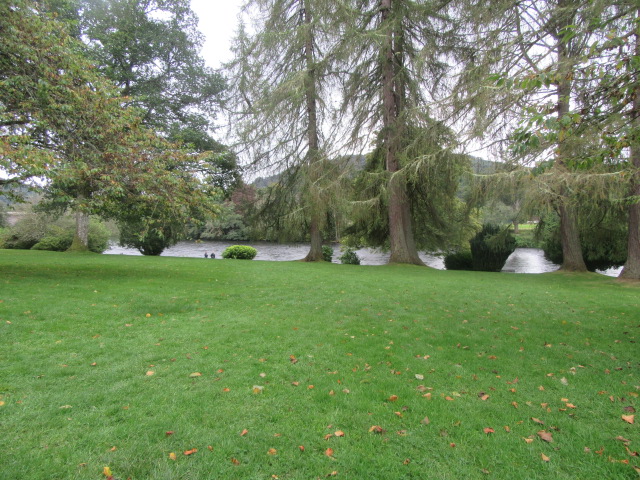 A beautiful setting by the lake. 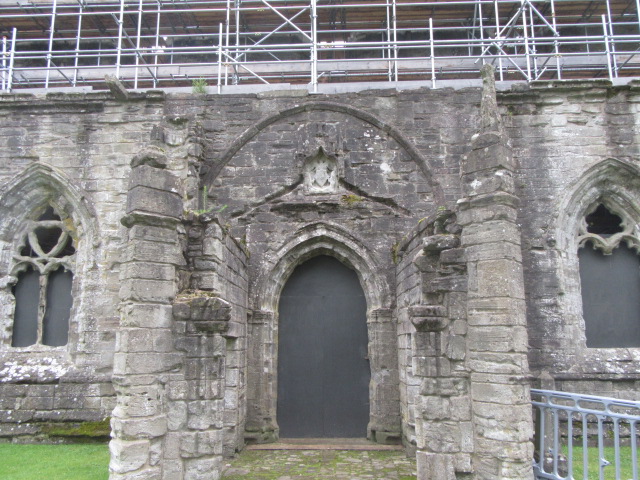 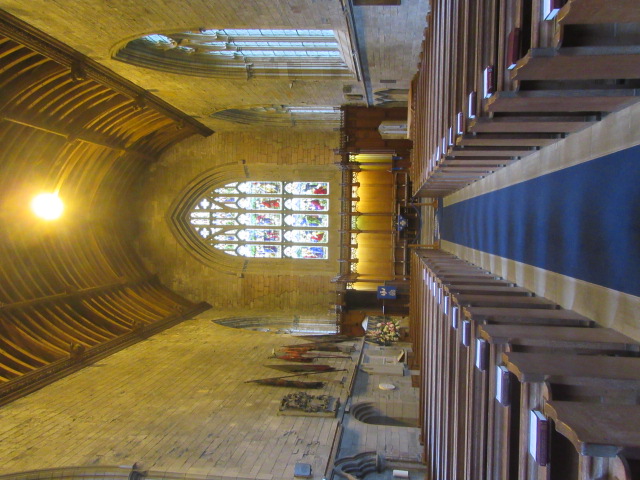 This section of the church is still open for services. 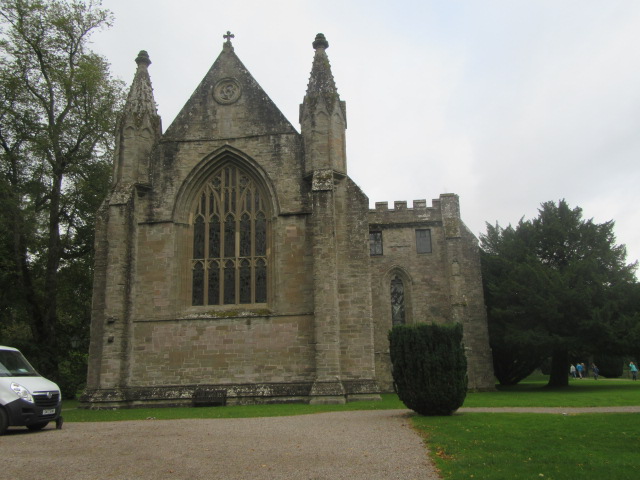 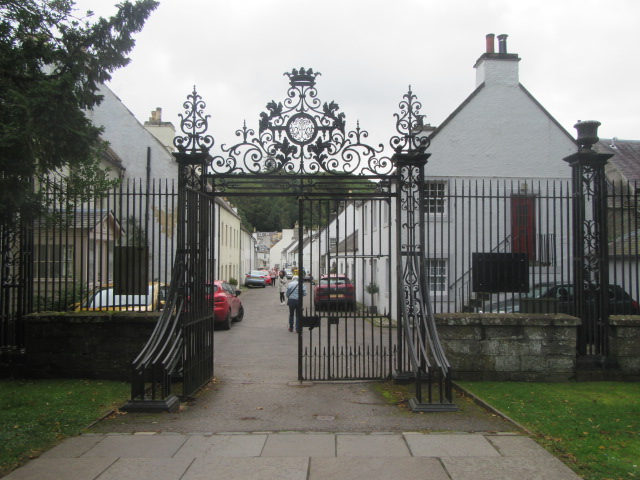 The centre of Dunkeld is The Cross, where you will see the Atholl Memorial Fountain, built-in 1866 in memory of George Augustus Frederick John, 6th Duke of Atholl. He had introduced a piped water supply to Dunkeld. Before the piped water, all water had to be carried up from the River Tay by hand. 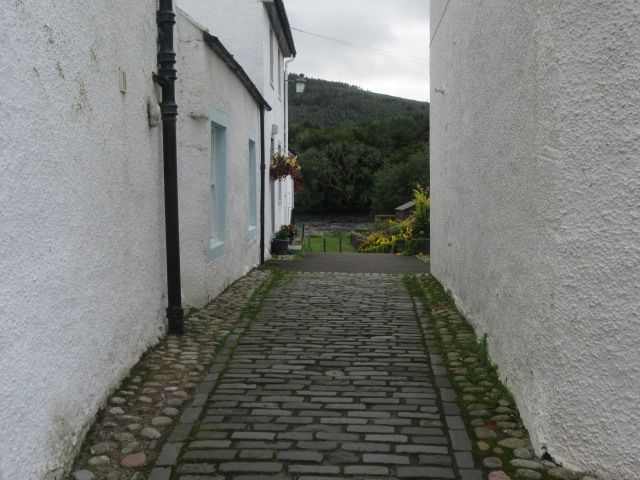 One of the streets where water was brought up by hand 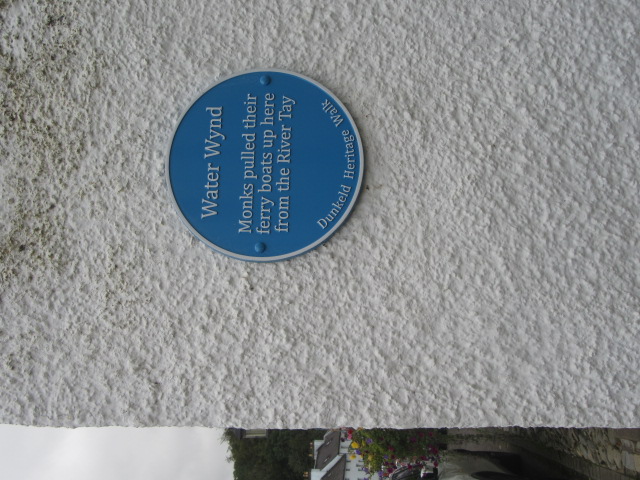 The Duke served as Grand Master of Masons for Scotland for 21 years. The fountain is covered with traditional Masonic symbols and native Scottish birds and animals. 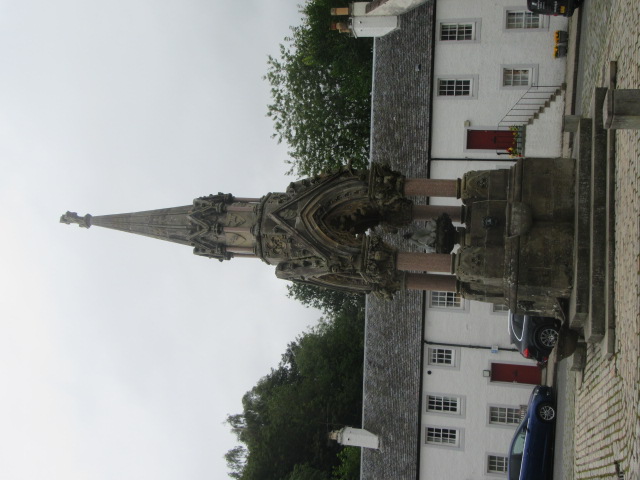 On Cathedral Street and High Street are 20 18th century merchants’ houses, also known as the “Little Houses.” They were part of rebuilding started after the Battle of Dunkeld in 1689.  They have been restored to their original 18th-century appearance. 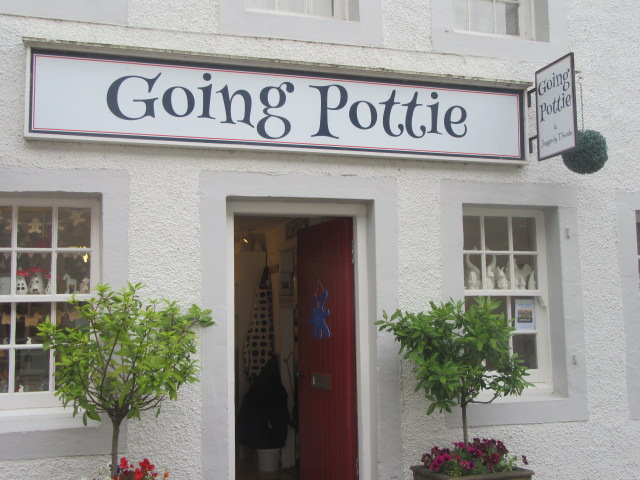 There are a lot of heritage plaques. One I found was the childhood home of Alexander Mackenzie, the first Liberal Prime Minister of Canada. 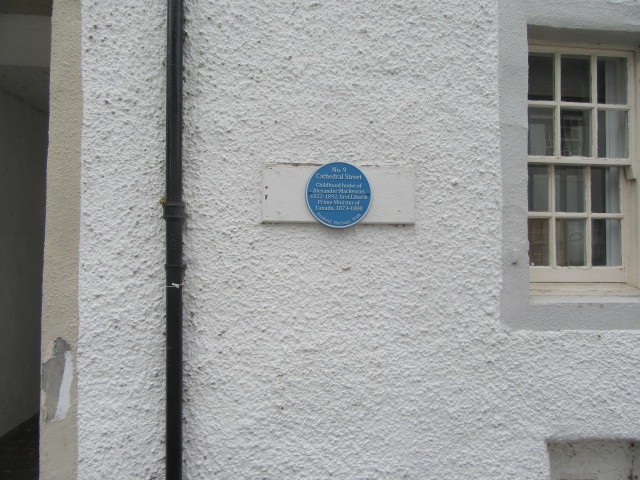 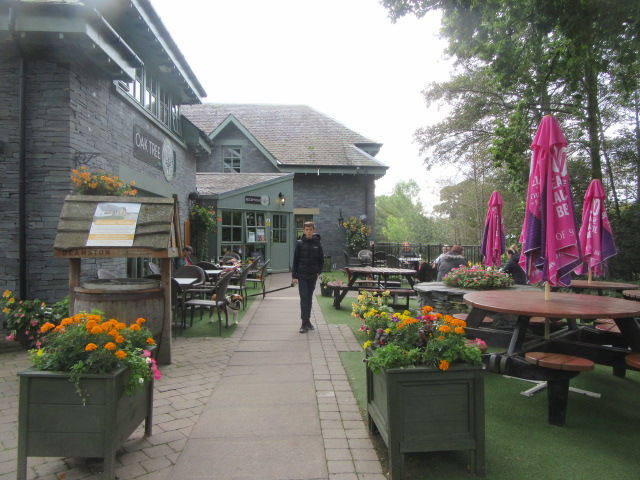 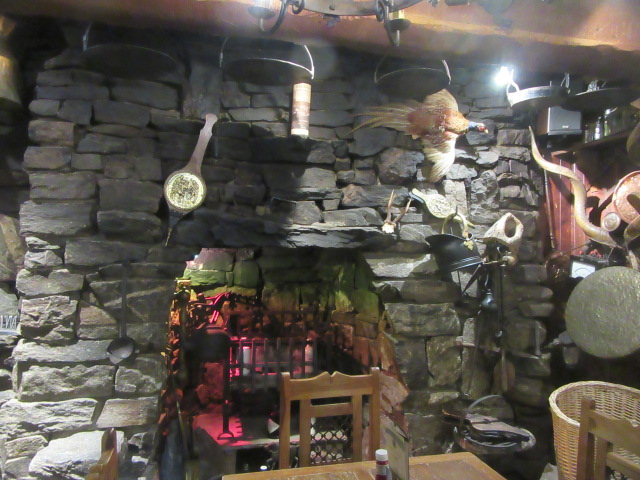 From Dunkeld, we headed to the Cairngorms National Park and the ancient pine forests. Cairngorms National Park is the largest national park in the UK. The ancient pine forests are part of the Rothiemurchus Estate. It is famous for having one of Scotland’s largest ancient forest of Scots pine that once covered most of Scotland. Both places were breathtakingly beautiful.

We travelled to Loch Ness and had a boat ride to do some “Nessie” spotting. No, I did not spot anything that could even remotely resemble Nessie. We went into the Loch Ness Centre and Exhibit. There are some fascinating theories. Are you a believer?

We had a lovely lunch at the Oak Tree Inn in Loch Loman. We sat in the pub area with a fireplace. Lovely ambience. After lunch, we did a quick tour around Loch an Eilein castle. 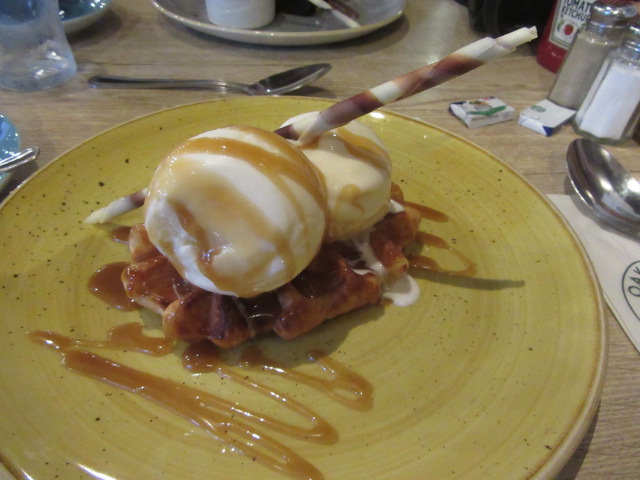 Loch is the Scottish word for lake.

We headed towards Ullapool, where we were to spend two nights. We had a lovely B & B. Our breakfast was nothing short of delicious. 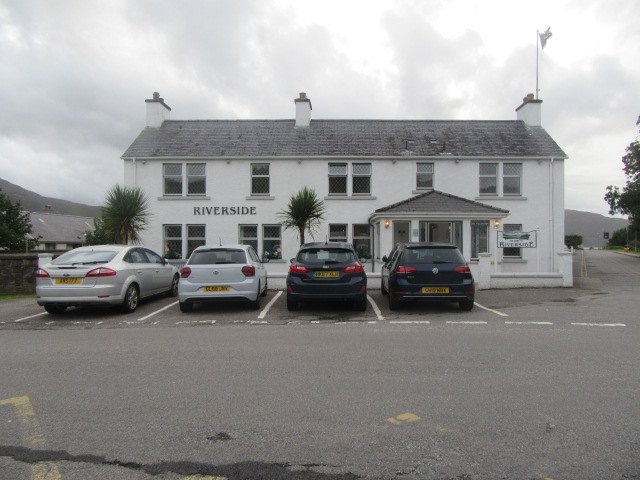