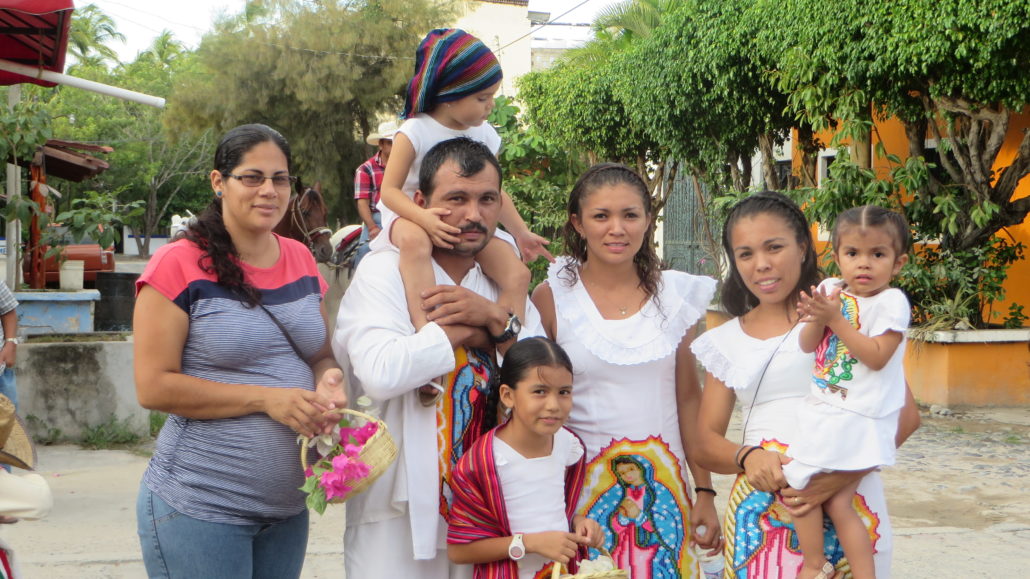 Some of our Mexican family
The celebration of Our Lady of Guadalupe, also known as the Virgin of Guadalupe began after the Spaniards conquered Mexico. The Spaniards tried to convert the indigenous Indians into Catholicism but encountered resistance because of their strong beliefs in their many gods. The appearance of the Virgin Mary to an indigenous man, Juan Diego was the beginning of the change to Catholicism.
The story goes as follows: Juan Diego was walking toward the Hill of Tepeyac on December 12, 1531 when he was stopped by the appearance of the Virgin Mary. The Virgin Mary was a young woman with black hair and dark skin, which looked similar to an indigenous person. She ordered Juan Diego to go to the Bishop and ask him to build a church at the Hill of Tepeyac. Juan ran to the Bishop to tell him what the Virgin Mary had asked of him. The Bishop did not believe what Juan Diego was telling him and ignored the request.
The Virgin Mary appeared again in front of Juan Diego and told him to collect flowers from the top of the hill, but because it was December, Juan knew that there was not going to be any flowers. Once he reached the top, he was surprised to see that it was covered with colorful and beautiful flowers. Again, he did what he was asked to do, collected the flowers using his overcoat, and ran again to see the Bishop.
Juan Diego gave the coat full of flowers to the bishop and here the Bishop discovered the image of the Virgin Mary was miraculously traced on the coat. Seeing both the unseasonal flowers and the image of the Virgin, the Bishop realized Juan Diego had told him the truth and the Basilica of the Virgin of Guadalupe was built on the hill of Tepeyac in Mexico City.
On December 12th, the faithful have a parade through town towards the church. The young boys are usually dressed in white muslin, and woven palm hats. The mustache drawn on transforms the little boys in a replica of Juan Diego. The young girls also wear traditional dresses and some with the image of the Virgin of Guadalupe. 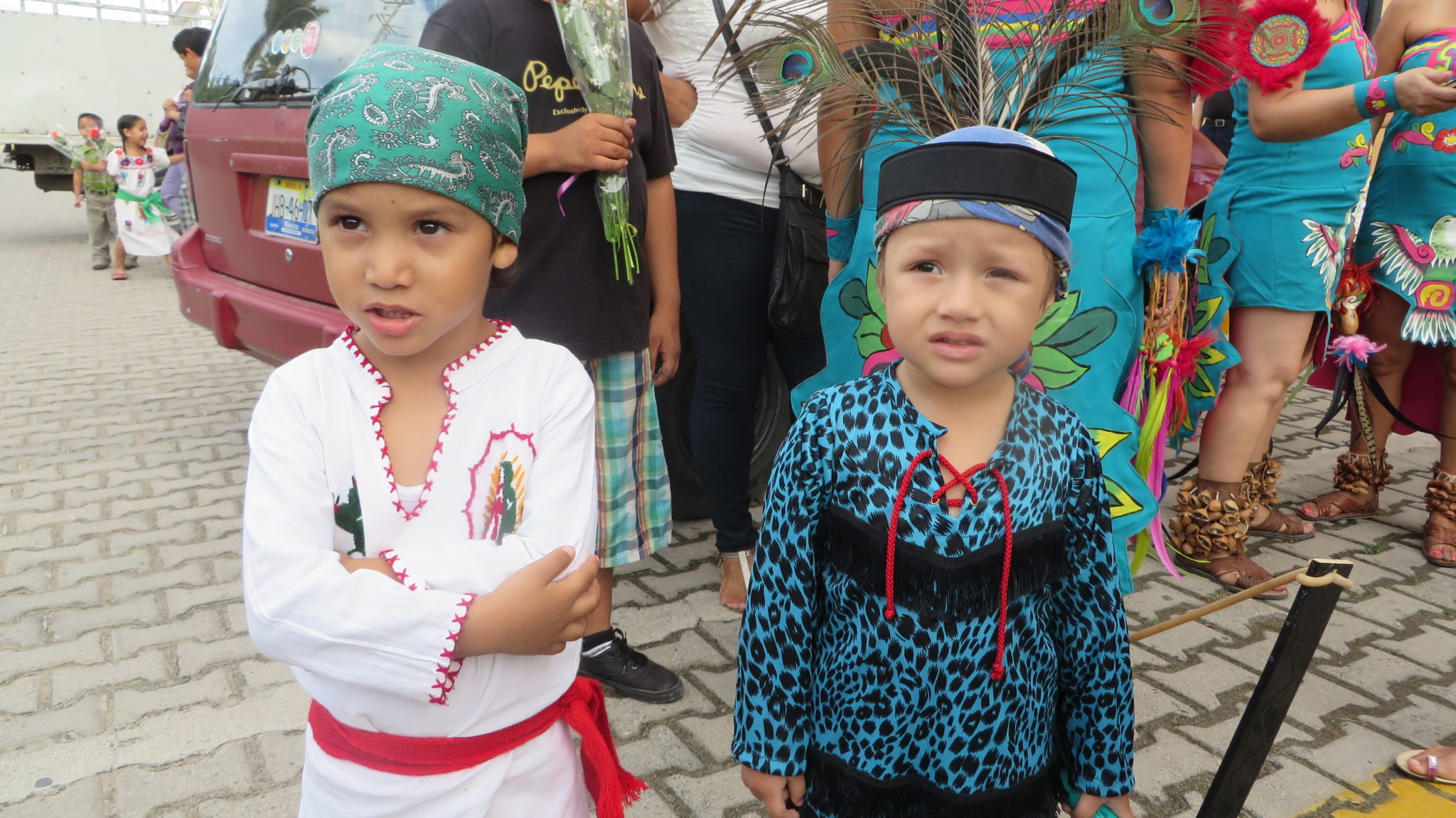 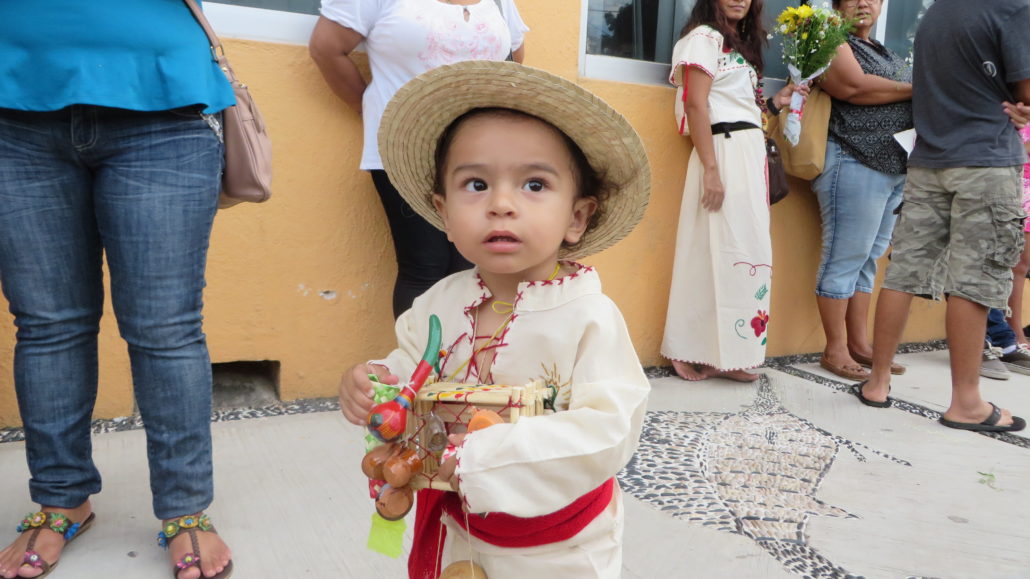 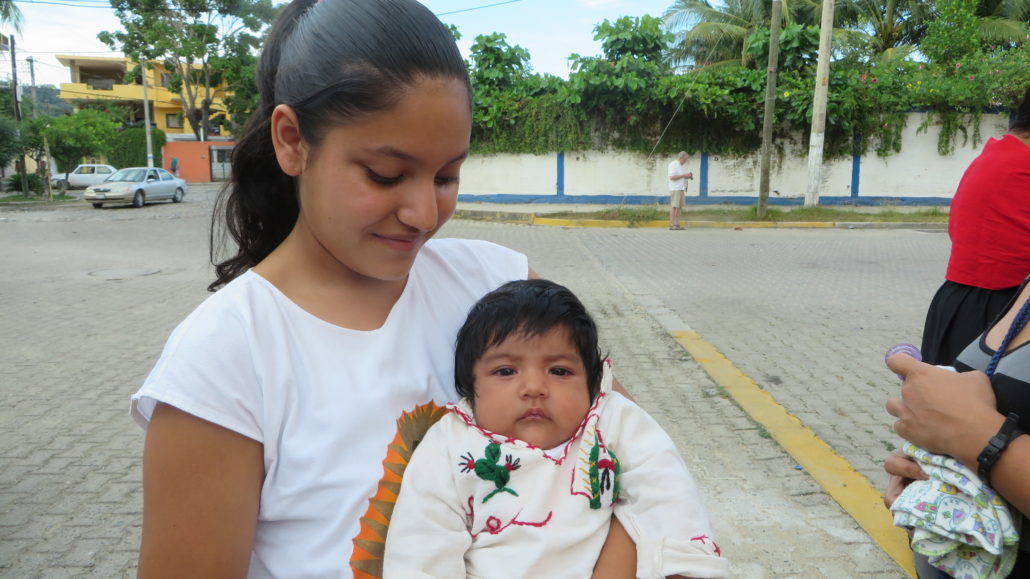 The mothers were thanking ME for taking their children’s photos. 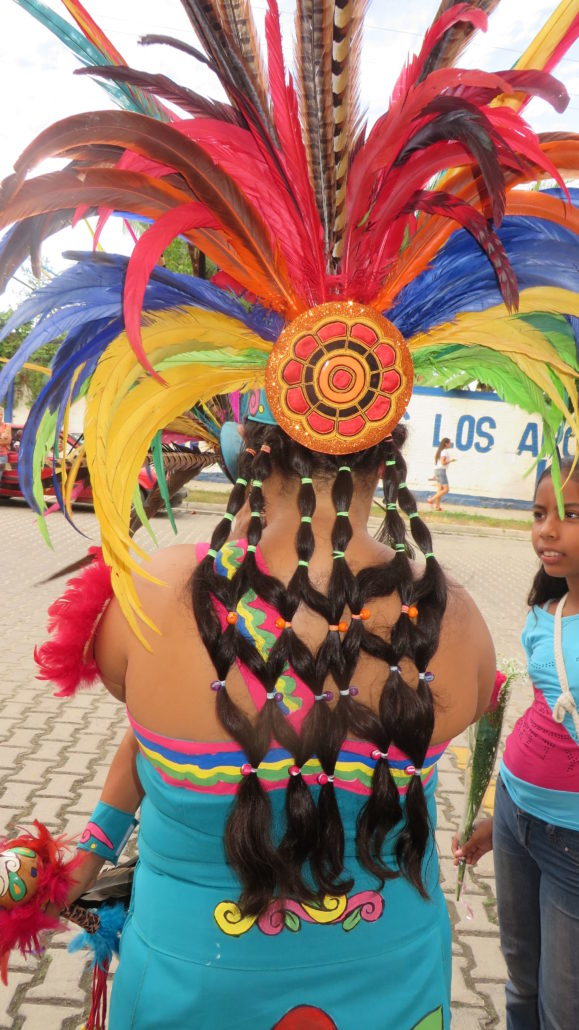 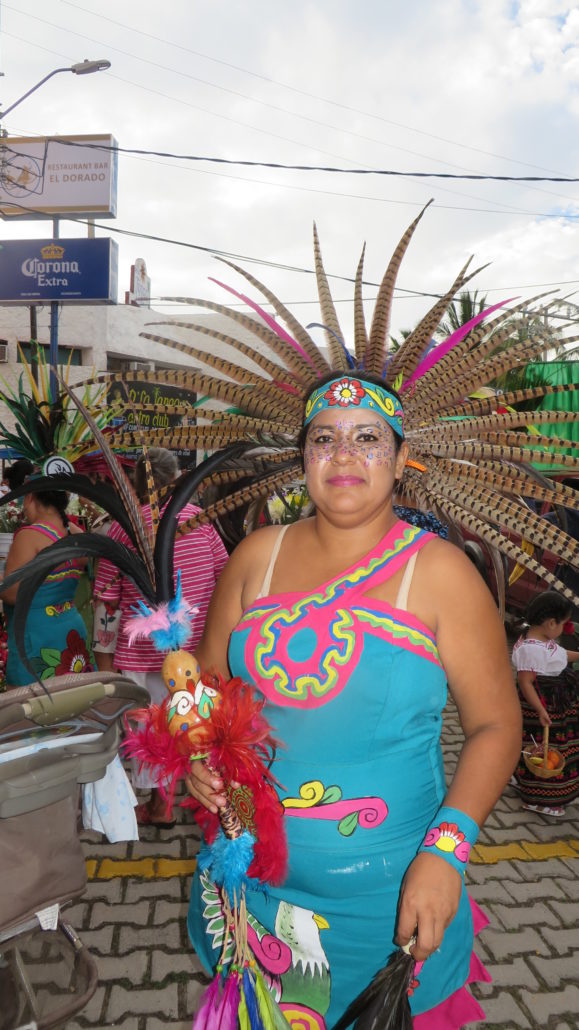 Travelling to Oaxaca
Scroll to top