According to Wikipedia, the park was originally part of a commercially unsuccessful housing site, the idea of Count Eusebi Güell, after whom the park was named. The intention was to exploit the fresh air (well away from smoky factories) and beautiful views from the site, with sixty triangular lots being provided for luxury houses. Count Eusebi Güell added to the prestige of the development by moving in 1906 to live in Larrard House. Ultimately, only two houses were built, neither designed by Gaudí. One was intended to be a show house, but on being completed in 1904 was put up for sale, and as no buyers came forward, Gaudí, at Güell’s suggestion, bought it with his savings and moved in with his family and his father in 1906.It contains original works by Gaudí and several of his collaborators and is now the Gaudi House Museum since 1963. In 1969, it was declared a historical artistic monument of national interest.
The focal point of the park is the main terrace, surrounded by a long bench in the form of a sea serpent. The curves of the serpent bench form a number of enclaves, creating a more social atmosphere. Gaudí incorporated many motifs of Catalan nationalism, and elements from religious mysticism and ancient poetry, into the Park.

The unique shape of the serpentine bench enables the people sitting on it to converse privately, although the square is large. The bench is tiled and in order to dry up quickly after it rains, and to stop people from sitting in the wet part of the bench, small bumps were installed by Gaudí. 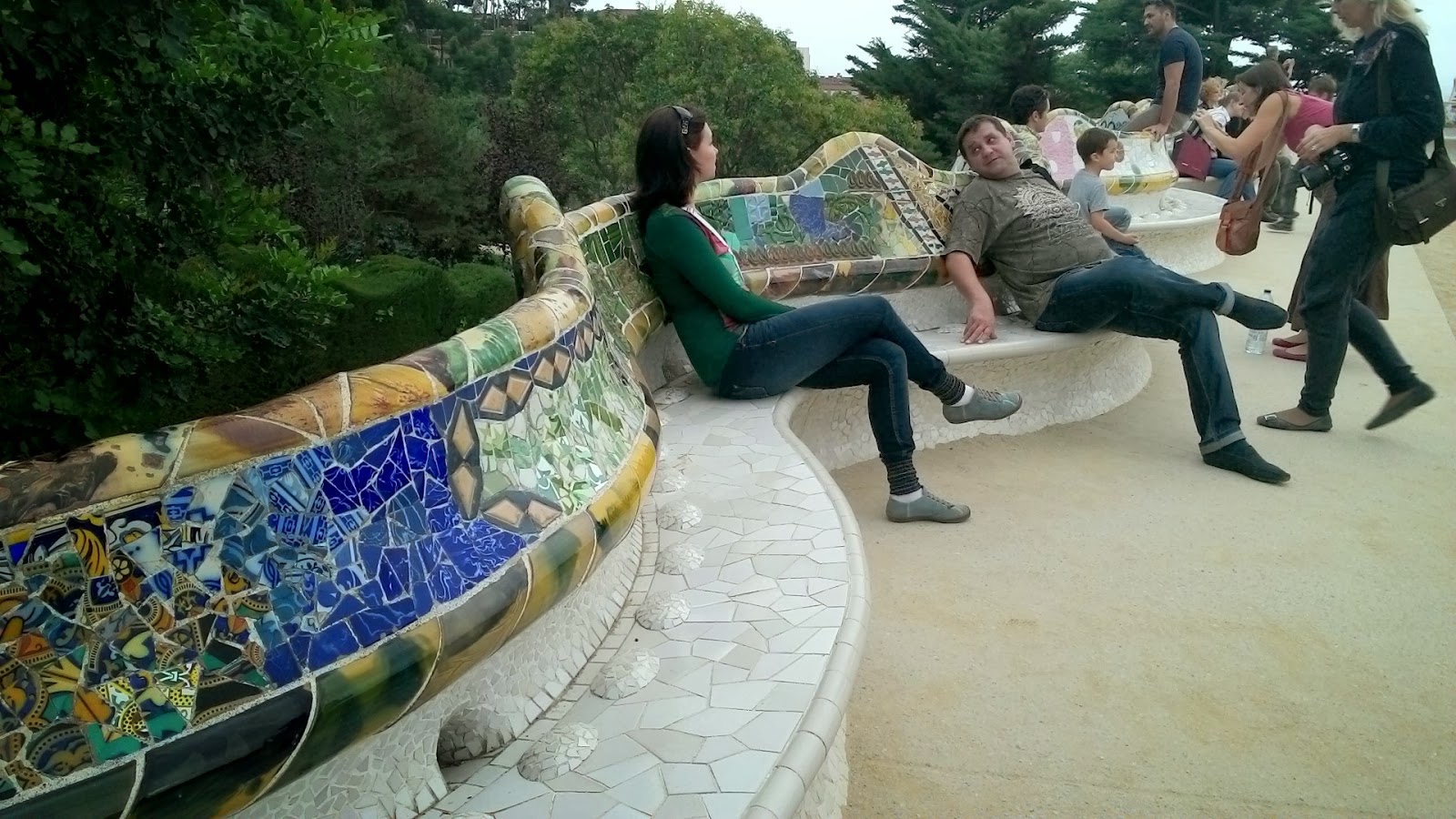 Bird nests built by Gaudi in the terrace walls. The walls imitate the trees planted on them

Entrance to the park.