“To move, to breathe,  to  fly, to float, to roam the roads of lands remote, to travel is to live.”  Hans Christian Anderson

The literal translation of Costalegre is Coast of Joy, renamed from its original name “The Virgin Coast.” Little wonder that it is named the Coast of Joy as there are 43 pristine beaches, capes and bays along the state of Jalisco, stretching from Puerto Vallarta to Manzanillo, each Bay within a few kilometres of the next.

I have not been to all of them, although that would be an interesting project one day.

Barra de Navidad and Melaque share the same bay, Bahia de Navidad (Bay of Christmas). The bay was used by the Spanish in the mid-16th century for shipbuilding, repairs and as a jumping off point to the Philippines. 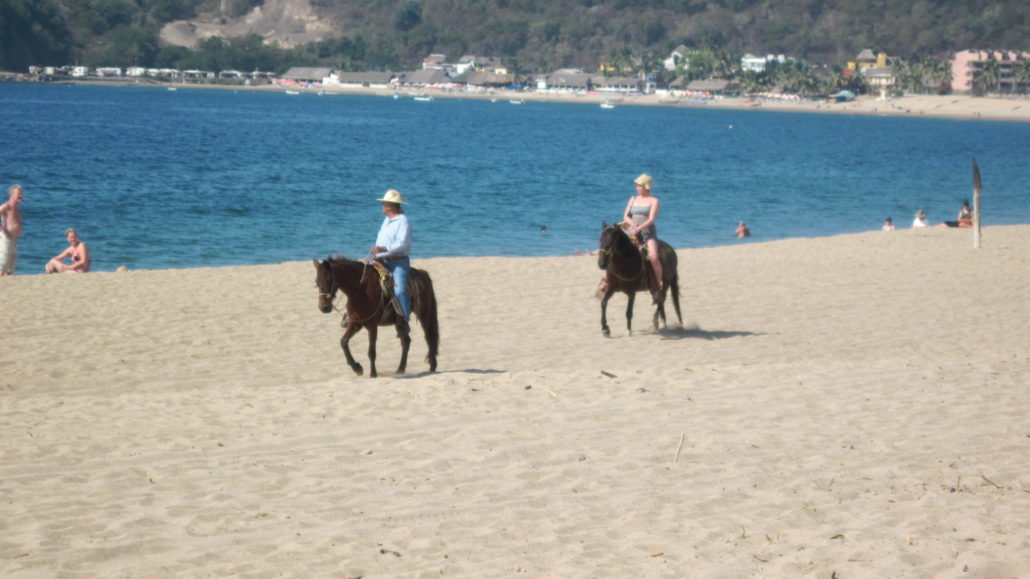 Barra is a popular vacation destination with easy access to the Grand Isla Navidad/Resort via taxi boats, about a 5-minute boat ride. The taxi boats also transport people to the small community of Colimilla, where there are a few restaurants that line the shore. You can hire a taxi boat to give you a tour of the surrounding area. It is an inexpensive and very interesting way to spend an hour or two. The water at this end of the bay is popular with surfboarders as the waves are high and frequent.  There are plenty of restaurants and entertainment venues in the area. 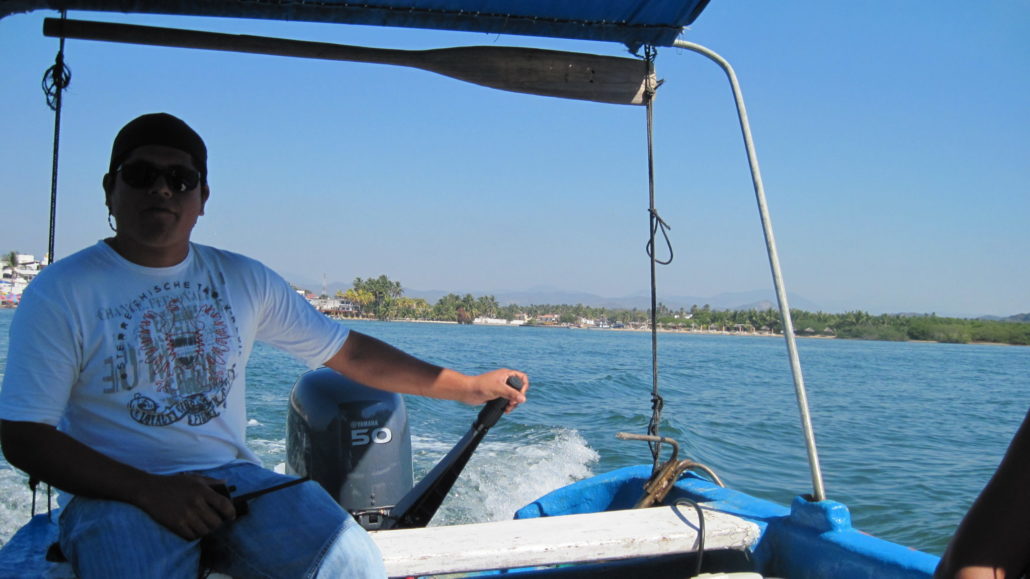 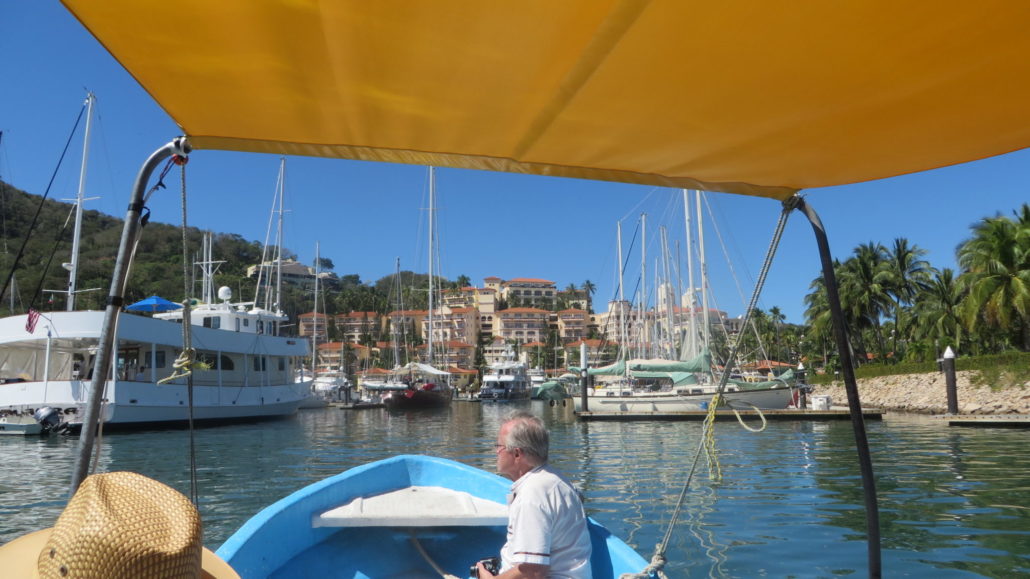 Melaque is conformed by the villages of San Patricio and Villa Obregon. San Patricio takes its name from the Irish Saint Patrick and celebrates him on Saint Patrick’s Day on March 17th. The celebration starts seven days before with the finale on the 17th. The beach at the west end of the bay has a smoother surge, and the slope is flatter than at the other end of the bay. There are quite a few restaurants, hotels and entertainment.

Between Barra and Melaque is a freshwater lagoon which, after seasonal rains, the locals open up occasionally to the ocean to release extra water. However, sometimes a crocodile ends up in the ocean until it can find its way back to the lagoon. This can make for some interesting times while swimming! 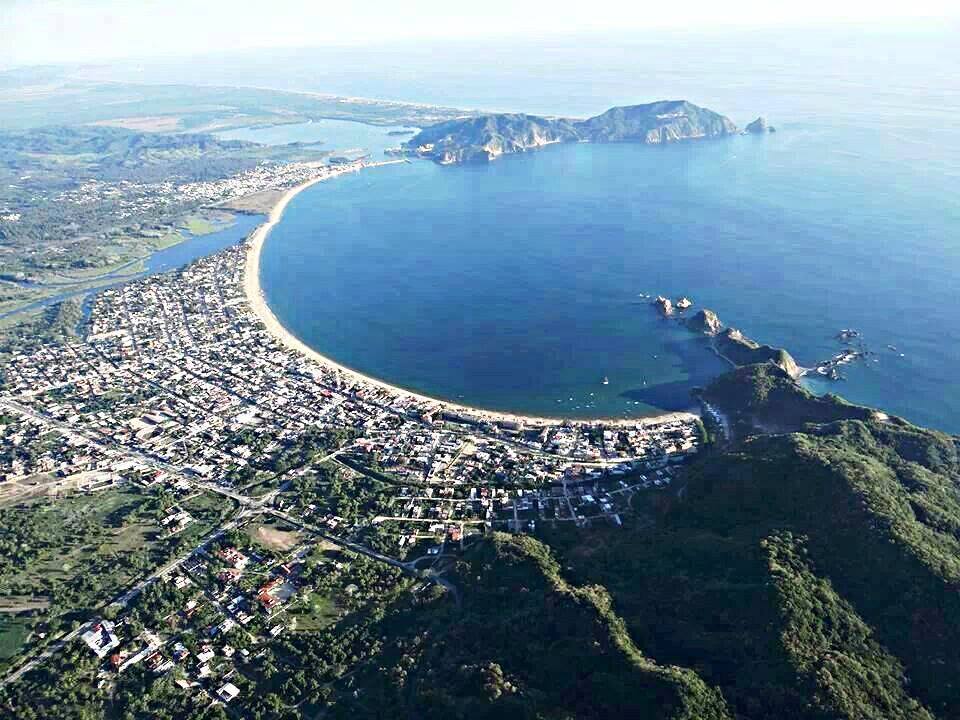 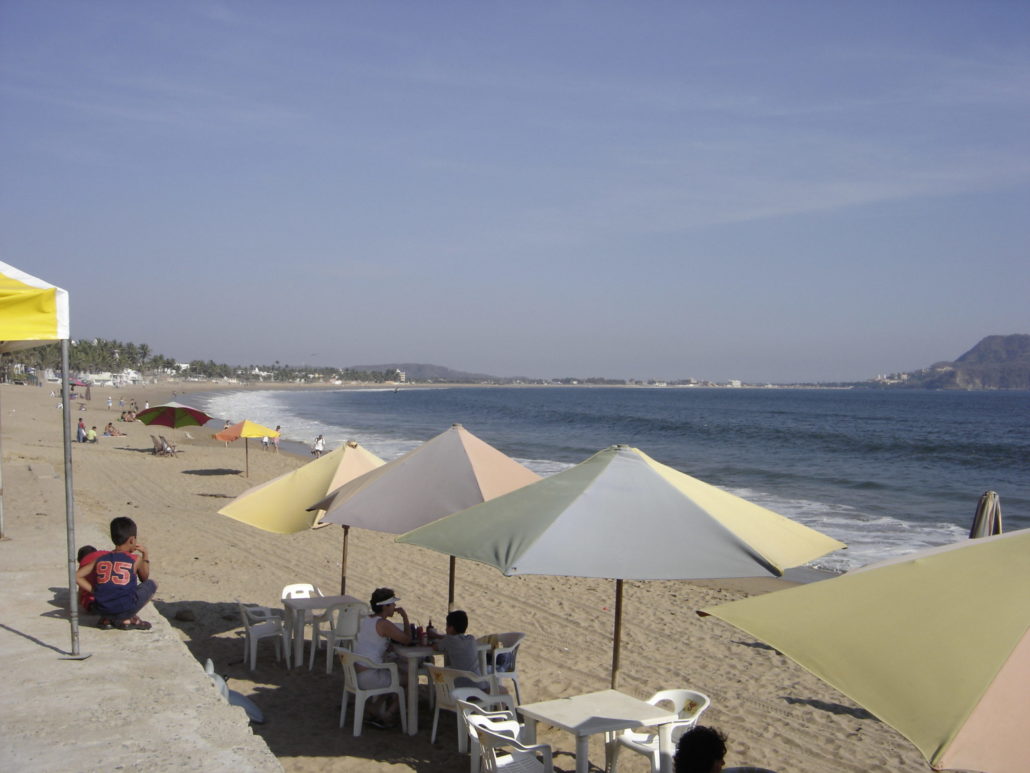 Cuastecomate is a small bay approximately a ten-minute ride from Melaque. There is no bus service to this little community. This bay is one of my favourites. Although it is small, the water seems clearer, and there is good snorkelling here. The beach is lined with restaurants, and there is a hotel/resort at one end. Cuastecomate is one of the only handicapped beaches in Mexico. The wife of a local Governor made this her project, and now it is an excellent example of what can be done to make any beach handicap accessible. The streets have been paved, the sidewalks have braille for the visually impaired, and there are special wheelchairs available that can go into the ocean. 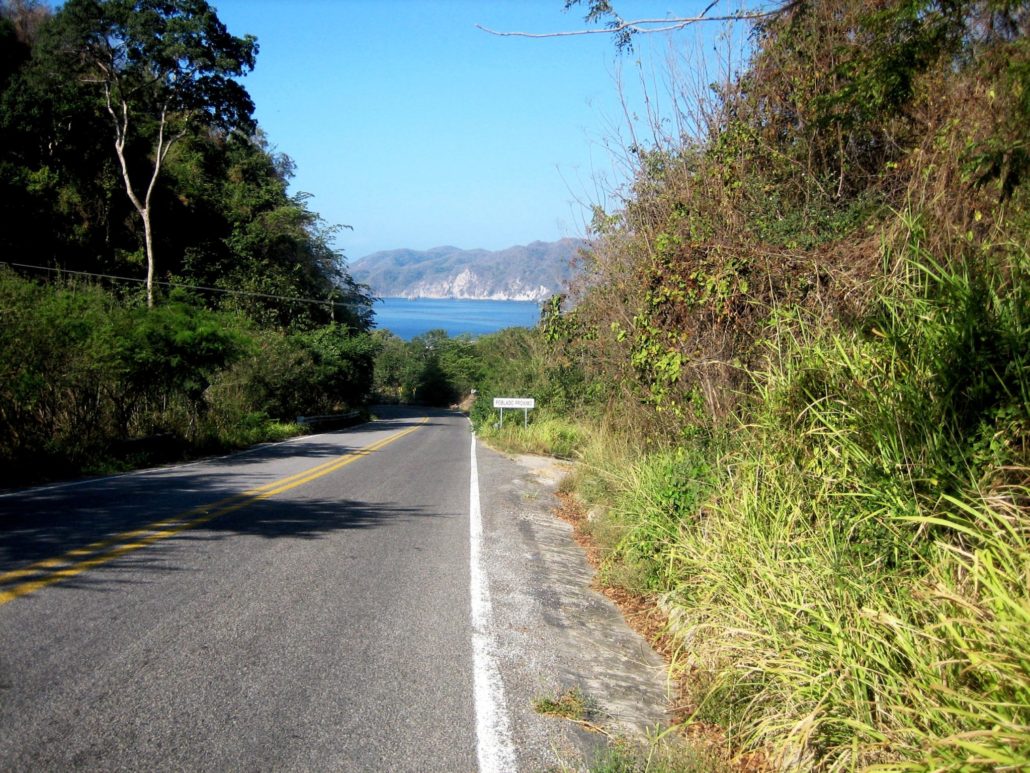 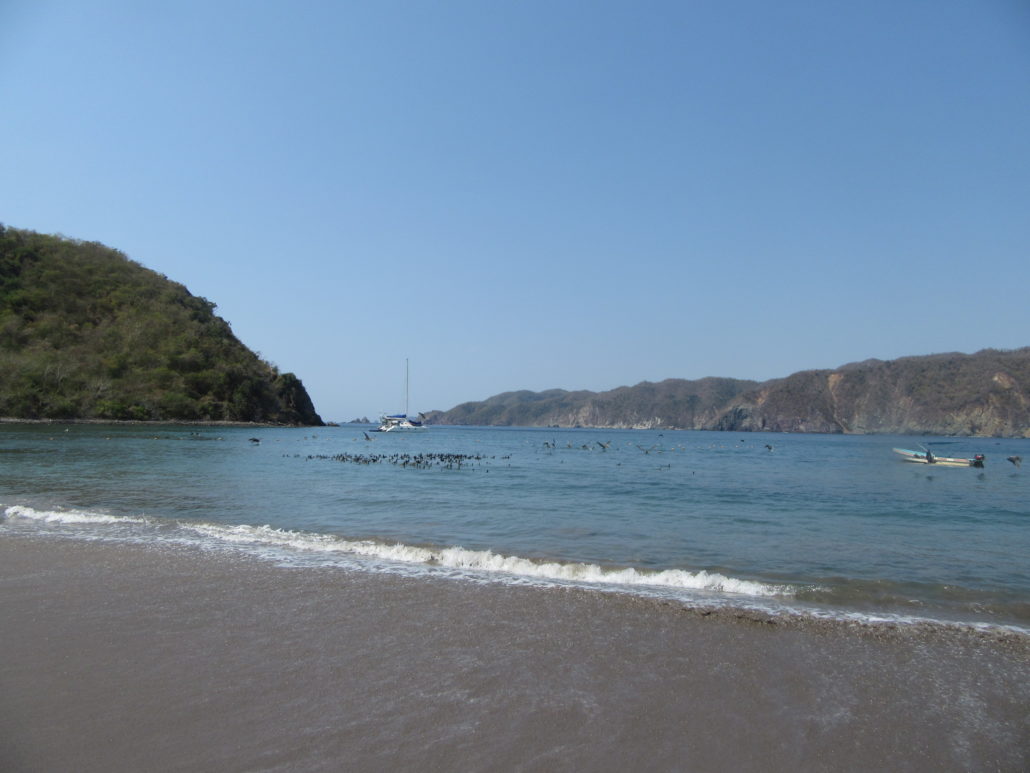 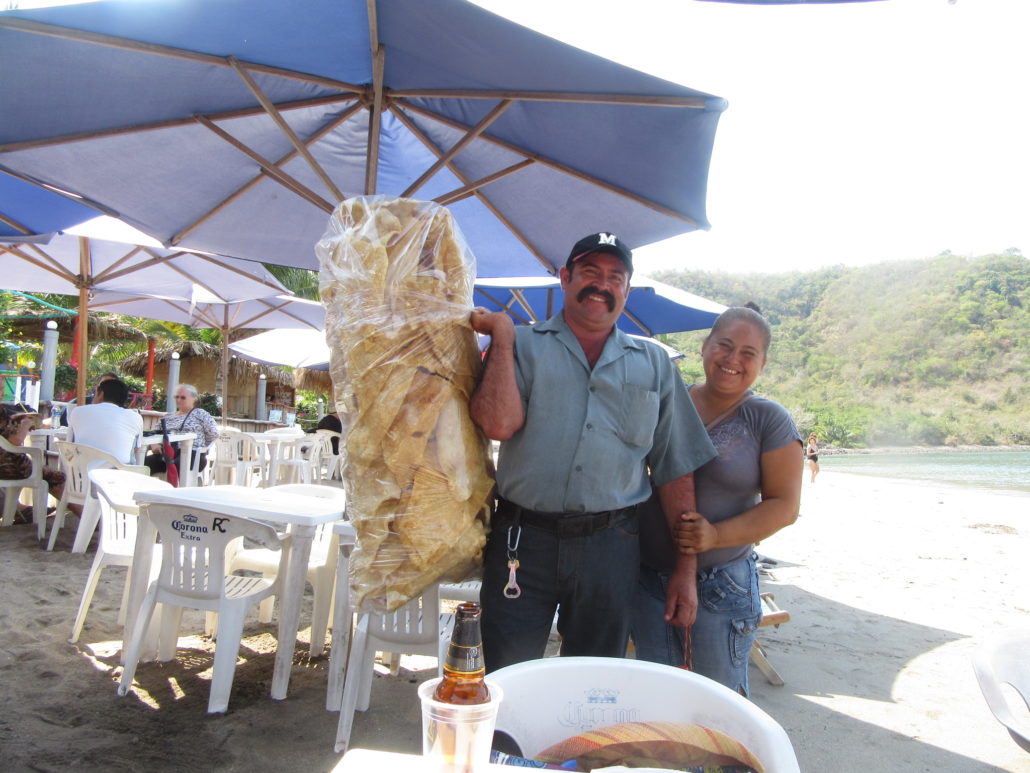 La Manzanilla is another one of my favourite beaches. I am not sure of the length of this beach, but you can walk for hours on its flat surface. The water is crystal clear.The town is a funky, artsy place, where artists from all over come to stay. There is a lot of talent here. One word of warning. There aren’t any banks or ATM’s. The locals take the bus to Melaque, approximately 20 minutes away to use its banks and pick up groceries. The town does have a few grocery stores, but Melaque has more selection. The other claim to fame for this town is the crocodile sanctuary. You can walk through the sanctuary to see the crocodiles in their natural habitat. Some of them are huge! The chain link fence which borders along part of the town has some parts that a crocodile has obviously pushed through and escaped. It can be just a little disconcerting when walking along the sidewalk right next to the fence. 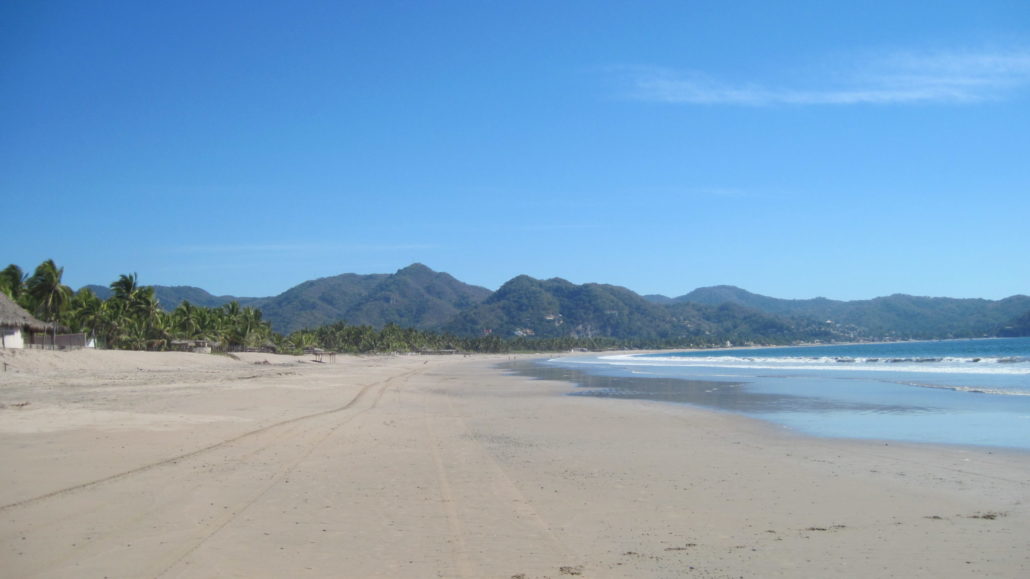 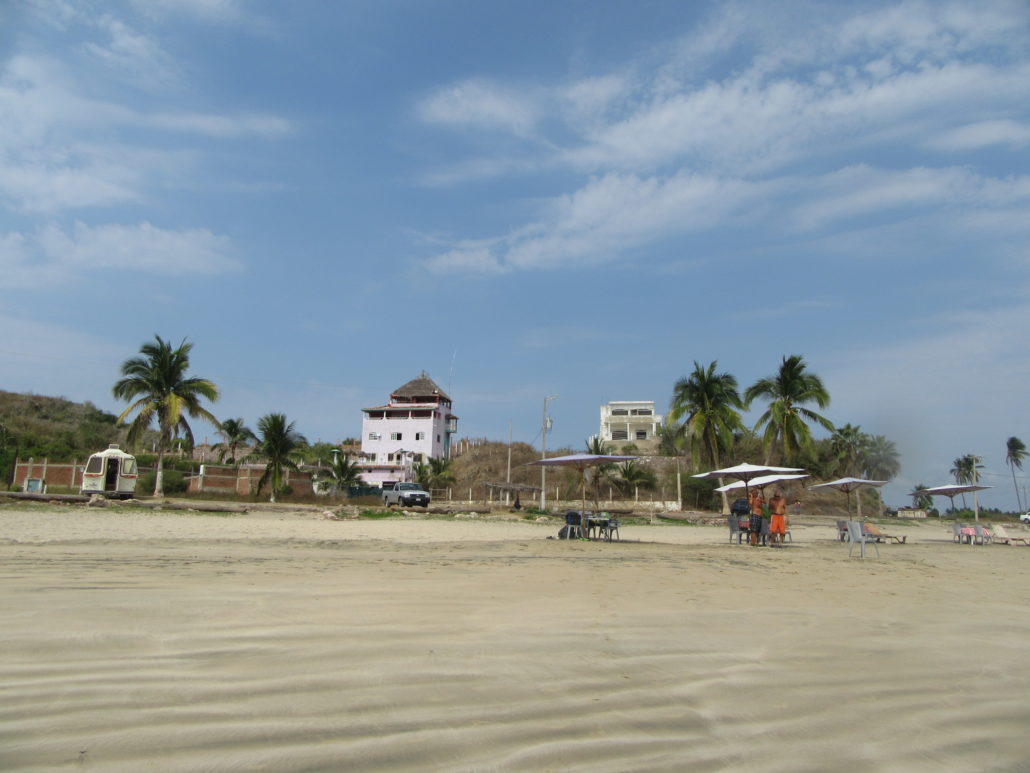 Tenacatita is another beautiful beach with an adjacent snorkelling area. Apparently, the snorkelling is one of the better ones in the area. The only way to get to this area is by car or by going on a tour through Esmeralda’s Restaurant. They provide a van or bus to get you to the beach and take you back approximately 4 hours later. There is only one restaurant on the beach so far. There is another one further up the road which will deliver the food to you. There are plenty of tables and umbrellas. Tenacatita boasts beautiful wave crashing rocks and a section of coral strewn beach. 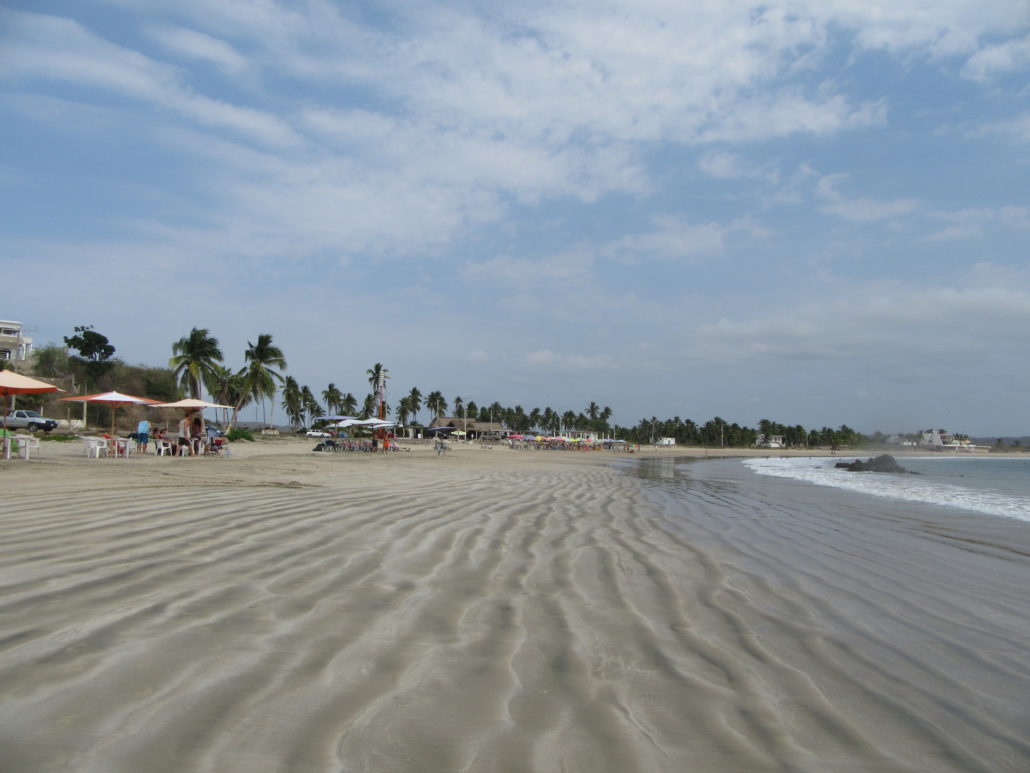 In Chalacatepec, between Morelos and Campo Acosto, is a little beach and town. There are rumours of future tourist development and that this area will be built up to include an airport. Already there is a runway.  This seems plausible as this area is halfway between Puerto Vallarta and Manzanillo. It would shorten the trip for people who normally fly into Puerto Vallarta and head south to Melaque. It would also open up the area. Depending on your point of view, that is either a good or bad thing.

These are just a few beaches that I am familiar with, and as you can see, these certainly do live up to the “Coast of Joy.”