I am always excited to start another adventure, especially in Mexico. We began our 11-day journey with another couple who we have travelled with before on a flight from Manzanillo to Mexico City on an Aero México RJ. The flight attendants were dressed in what I would consider “retro” uniforms, similar to the TV show “Pan Am.” Red berets, colourful scarfs, red high heel shoes, nylons, yes even in the heat, and a red purse. We were impressed. 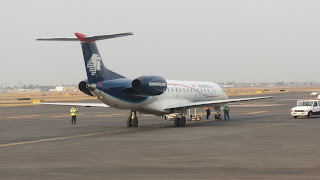 Flying over Mexico City took some time – it is a huge city. We landed at Terminal 2 that is smaller than the main terminal but there was enough to do and see for our 4-hour layover. We had a good lunch at Chili’s.

Onboard an Aero México 737 bound for Tuxtla City, we found ourselves seated next to a young man. Now, I do not know about you, but I am hesitant to start up a conversation lest I get a “talker,” you know, the kind that talk nonstop about everything and nothing. However, we were fortunate. Alex is a 30ish year old Mexican who was traveling on business. He is a logistics manager for Heineken Beer. It sounded like he had quite a large territory. I found out that Heineken owns Tecate, Dos Equis, Sol, Corona plus American Miller Coors and Anheuser Busch. Who knew?

He spoke very good English and said he wanted to practice so we talked. He told us he was married, his wife was a teacher who spoke five languages, and they have one son. The hour-long flight went by quickly and pleasantly.

We took a taxi from Tuxtla to Chiapa de Corzo. We were very pleased with our hotel, Hotel La Ceiba. It was as good in real life as it appeared on the internet. Bonus! 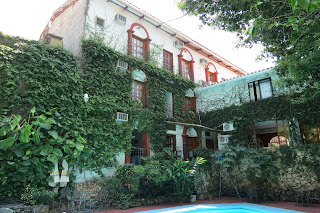 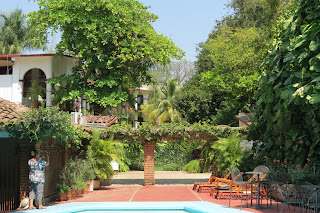 Surviving a Flat Tire in Mexico