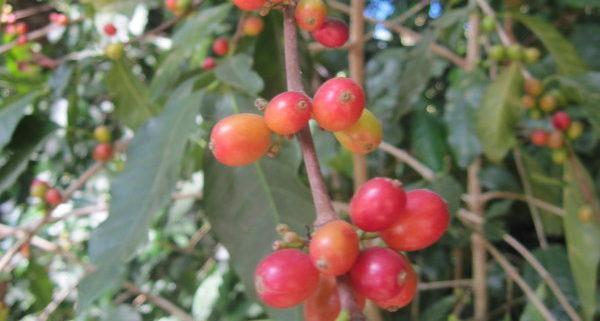 I was fascinated by the story of a group of 15 women who, approximately ten years ago,  formed a coffee co-op. They kept it a secret from their husbands as it was considered men’s work. The husbands eventually found out and with the exception of one husband, were on board with what the women were accomplishing. They were bringing in much-needed money into the households and the community.  The one husband who did not agree with his wife belonging to this group told his wife that if she wanted to do this, then she could pack her bags and leave. To this day, she still does not belong to the co-op.

The women have accomplished a lot during the past ten years. They started selling 5 peso bags of coffee to the University of Guadalajara students and teachers which they roasted in a clay pot. The University allowed them to use a hallway.Today, they have a 10 kg. and a 5 kg. roaster and a large building. 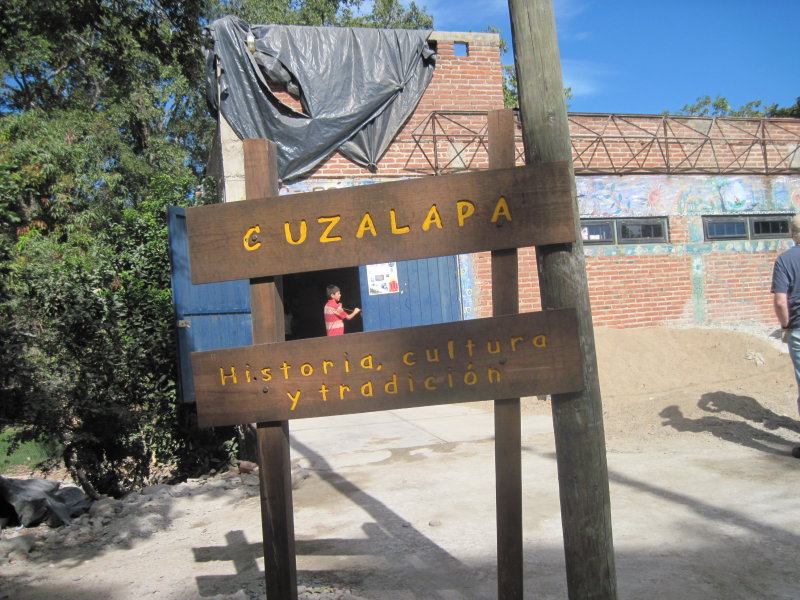 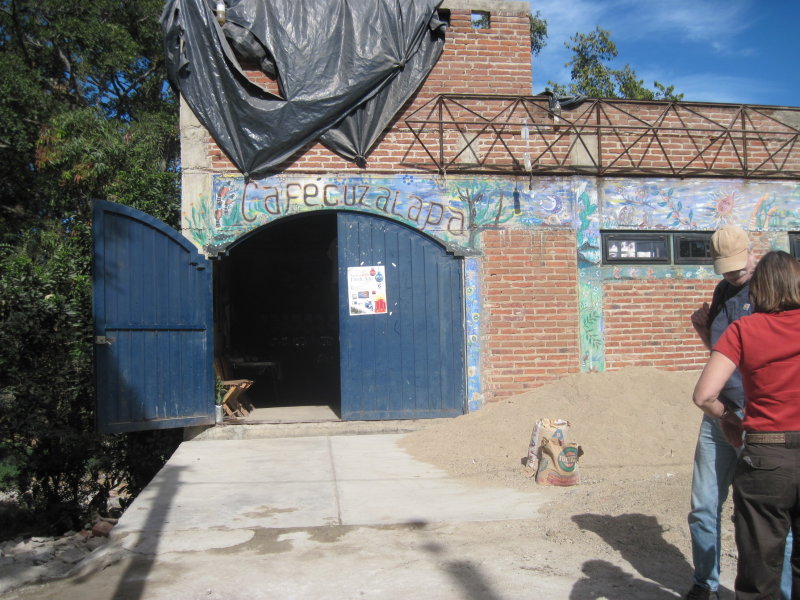 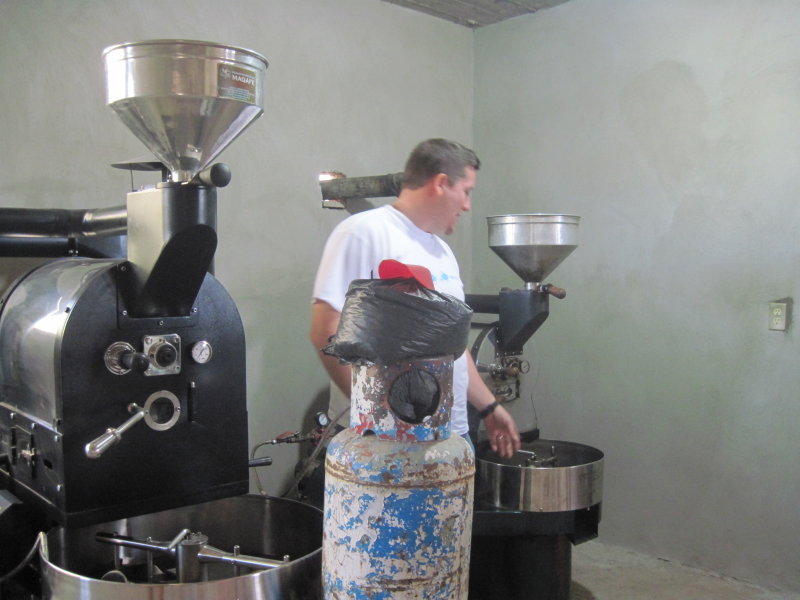 The women faced many problems including a lack of education. Many of them did not know basic arithmetic, and when people bought their coffee, they had to rely on their honesty in giving them the correct amount. Most of them have gone to school now to complete the primary grades.

There is so much more to the story which I will be telling at a later date.

I took the tour, which is run by Mex-Eco Tours and starts from Melaque, Mexico. It is approximately one and a half hours drive to the Co-op. The co-op is aptly named Color de la Tierra (Color of the Earth). When you arrive, the women will have lattes and homemade cake ready. One of the women takes you to the coffee plantation. It is not row by row coffee plants. The plants are scattered around and under trees.   This coffee is shade-grown, organic coffee. The trees which supply the shade are different types of fruit trees that the families eat and also provides fertile ground for many medicinal plants. The guide will point out the different plants and explain what they are good for, i.e., stomach upset, headaches, etc. 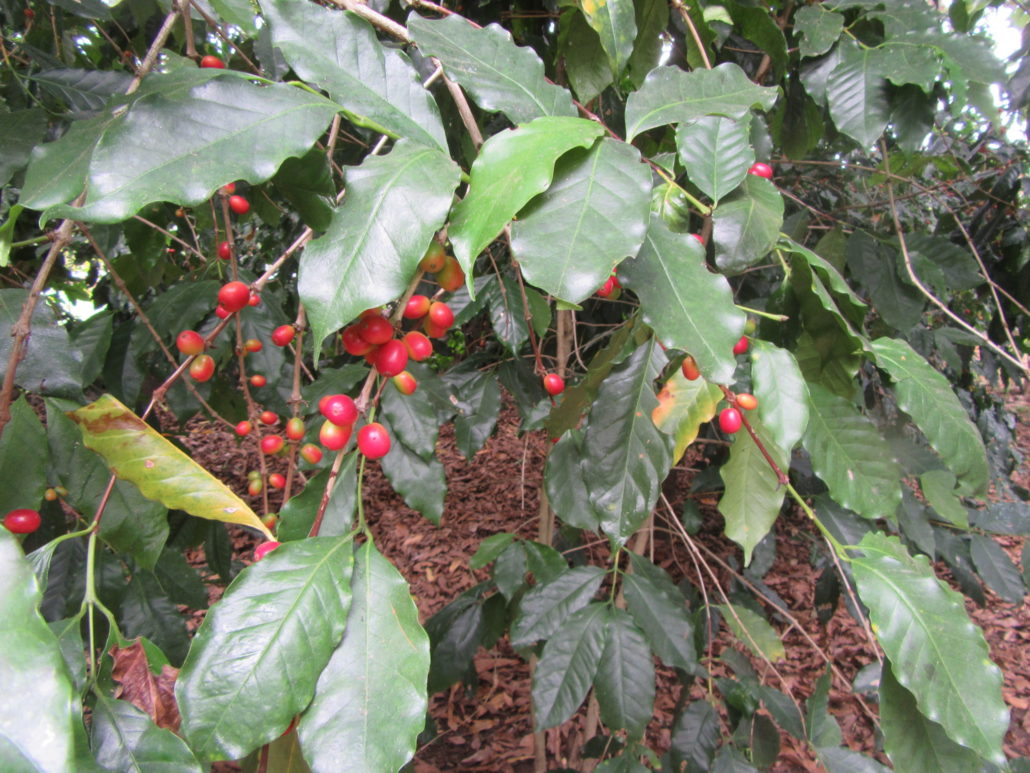 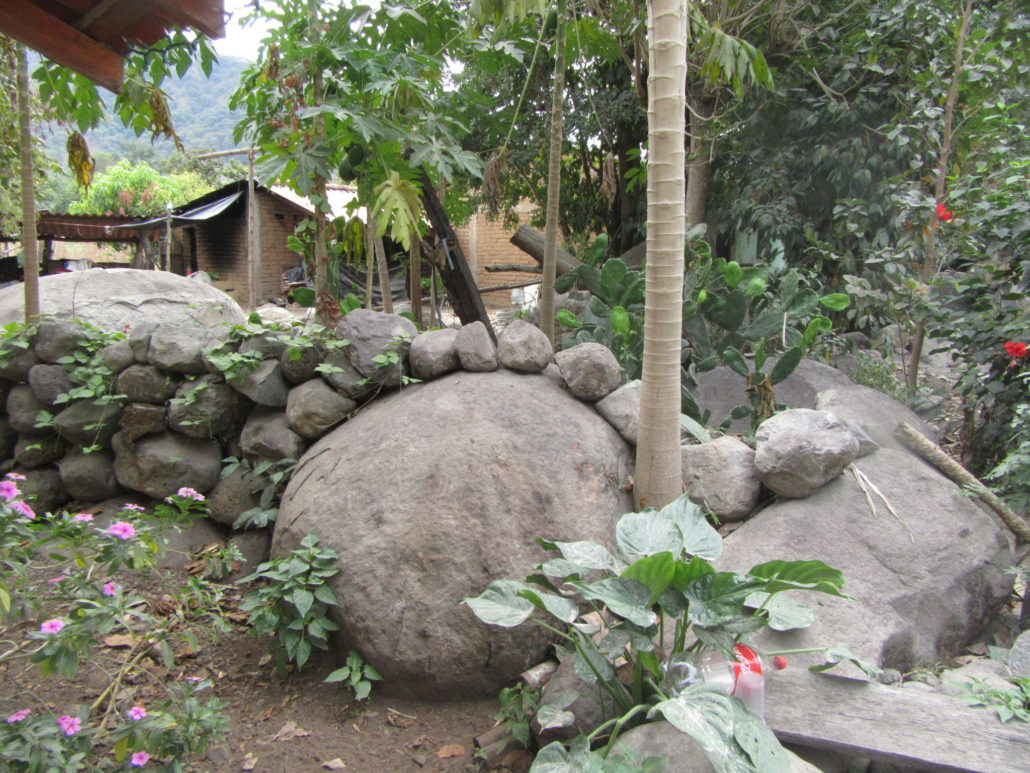 On the way to the plantation. Interesting solution to a big rock in the way of the wall. 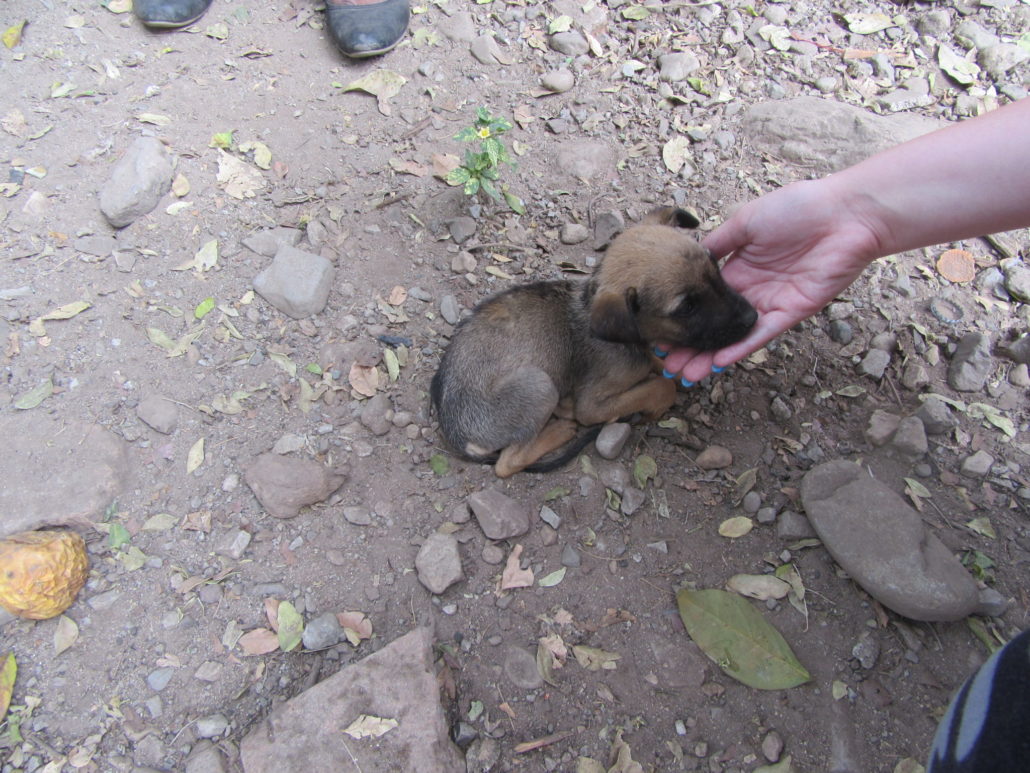 Cute little puppy on the way. He was very cold. 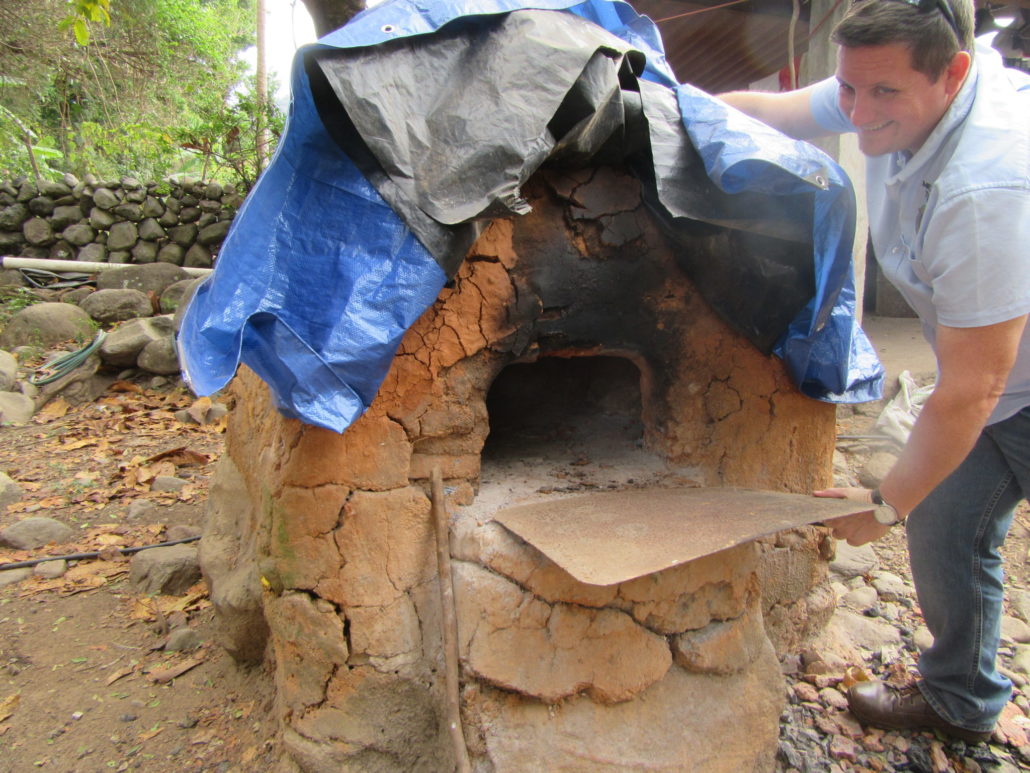 Clay oven which is used to cook big pots of food 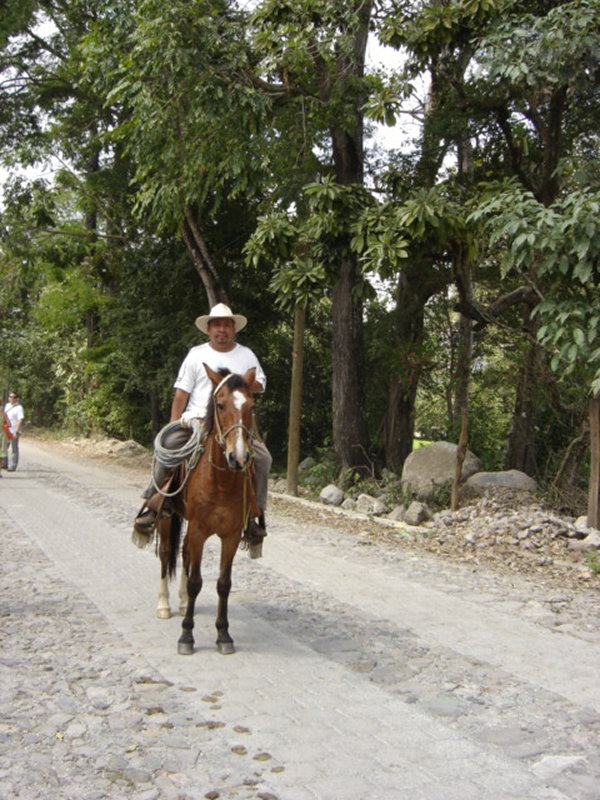 A local man on his way to his farm 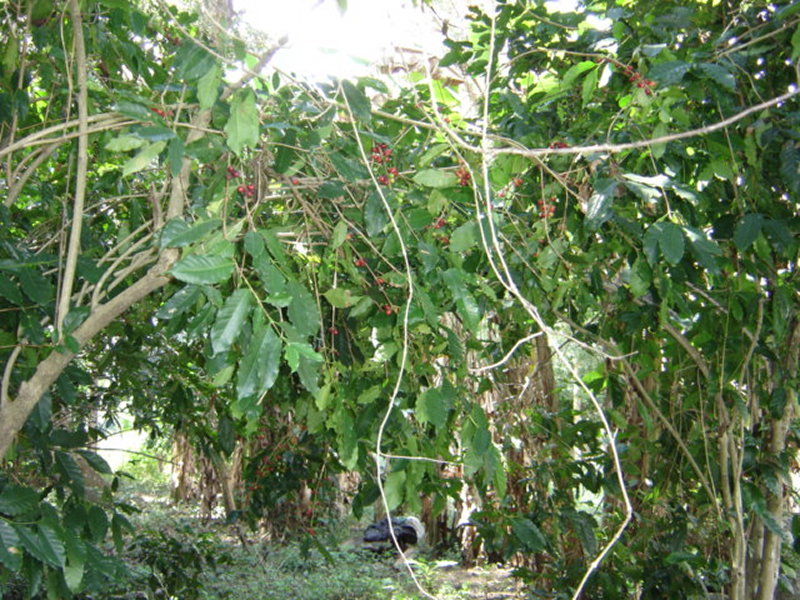 After this tour, you will head back to the building where they will show you the facilities. They dry the beans on the rooftop and in a greenhouse. Each night they will gather the beans, so the beans do not get any morning dew or moisture on them and then place them back on the roof. 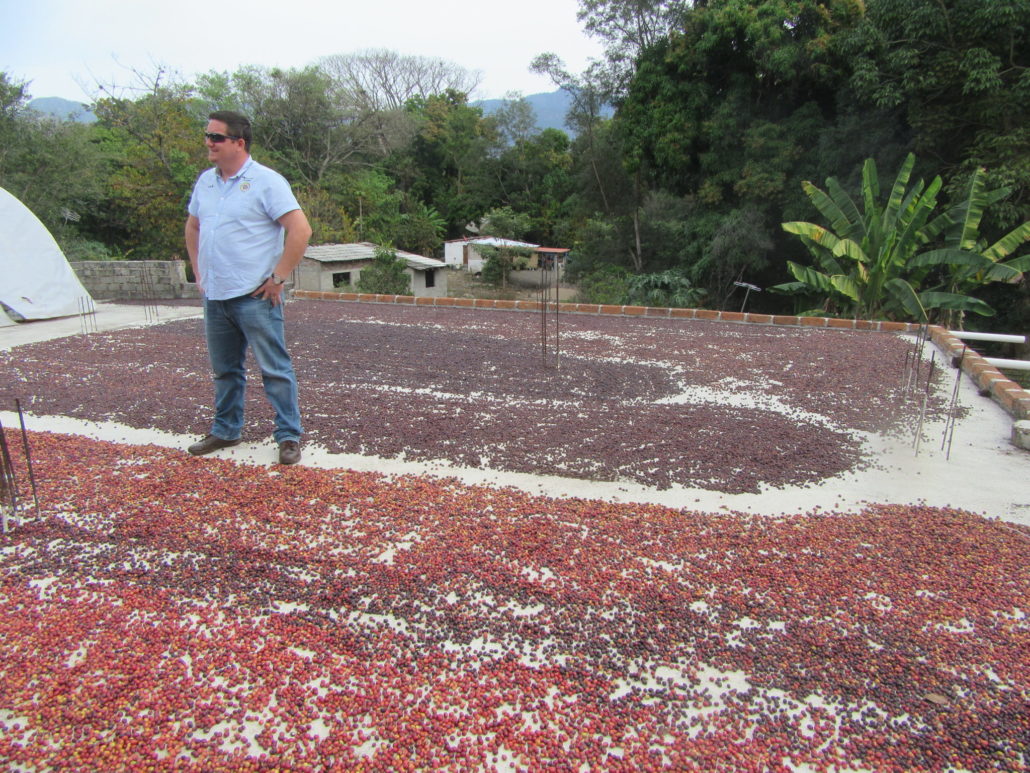 They now have a separator which separates the husks from the bean. After that, the beans are taken downstairs to the tables where they physically separate the whole bean from beans that have split. They have to do this before they roast as the split beans will roast faster than the whole bean. 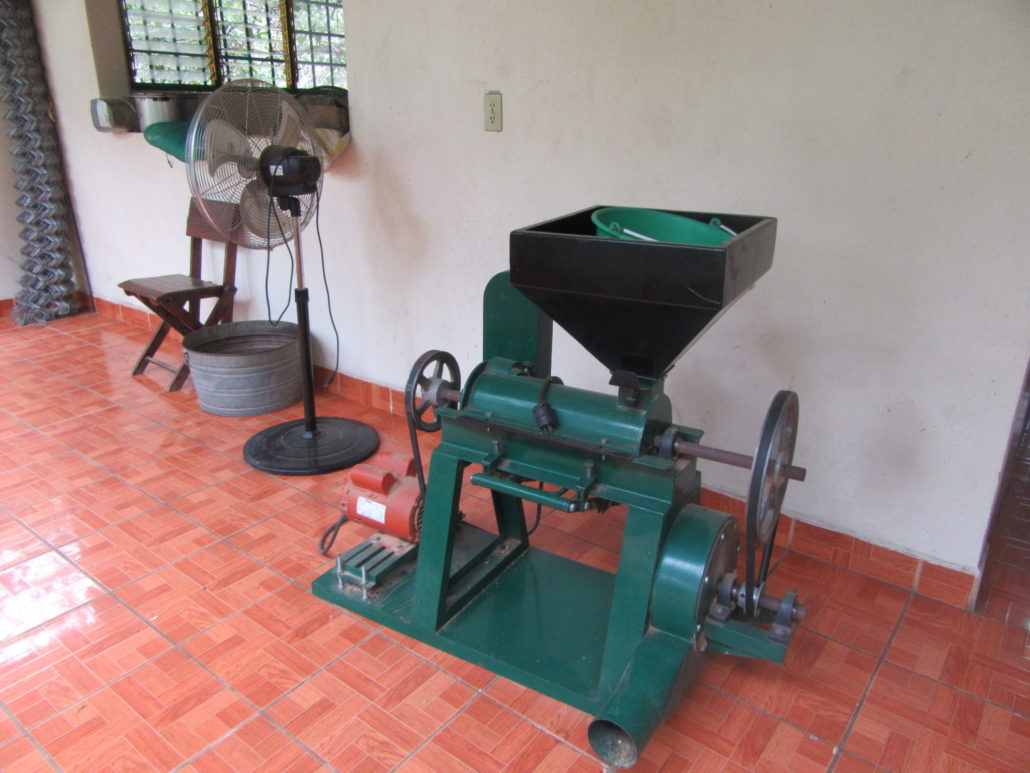 Beside the new one, you can see the old method of throwing the beans in the air and letting the fan do the separating.

Because of the demand, they will purchase beans from neighboring communities. This helps a lot of small communities.

After the short tour, they serve a typical Mexican lunch. The food was all locally grown and harvested. It was so delicious.

Chicken and fresh vegetables on a blue tortilla. There were other dishes served as well.

The other project they are working on is informing people about the mojote tree. The mojote tree is an ancient tree that kept the Aztecs alive when they were in hiding from the Spanish. They show posters that indicate how much more potassium, iron, Vitamin C, etc. that the mojote tree has over other sources such as bananas. The nuts are ground into a flour or a coffee-like substance. The tree is so important that the women go around the country informing people about the benefits of the mojote tree and encouraging them to grow more. There are 52 names for this tree around Mexico. Another popular name is the Maya tree.

The women also sell other food items or crafts. Some of the items are from women from the surrounding communities. This way, the co-op helps their economy as well. 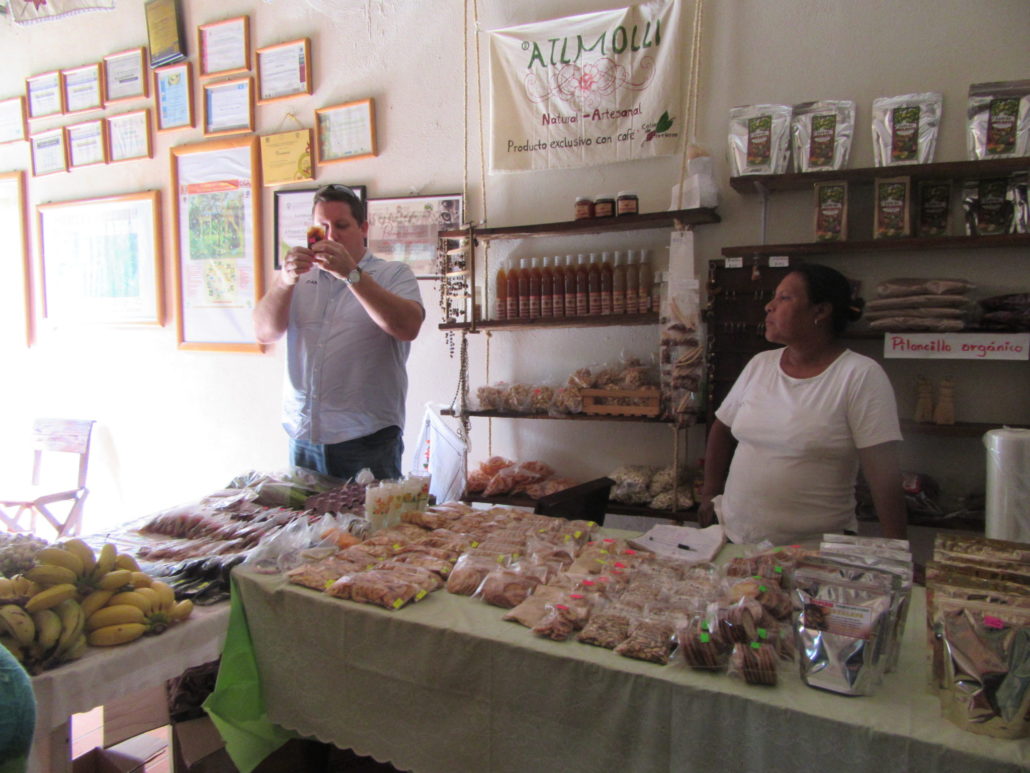 The last stop is to Cuautitlan where we bought homemade ice cream and toured around the town square. 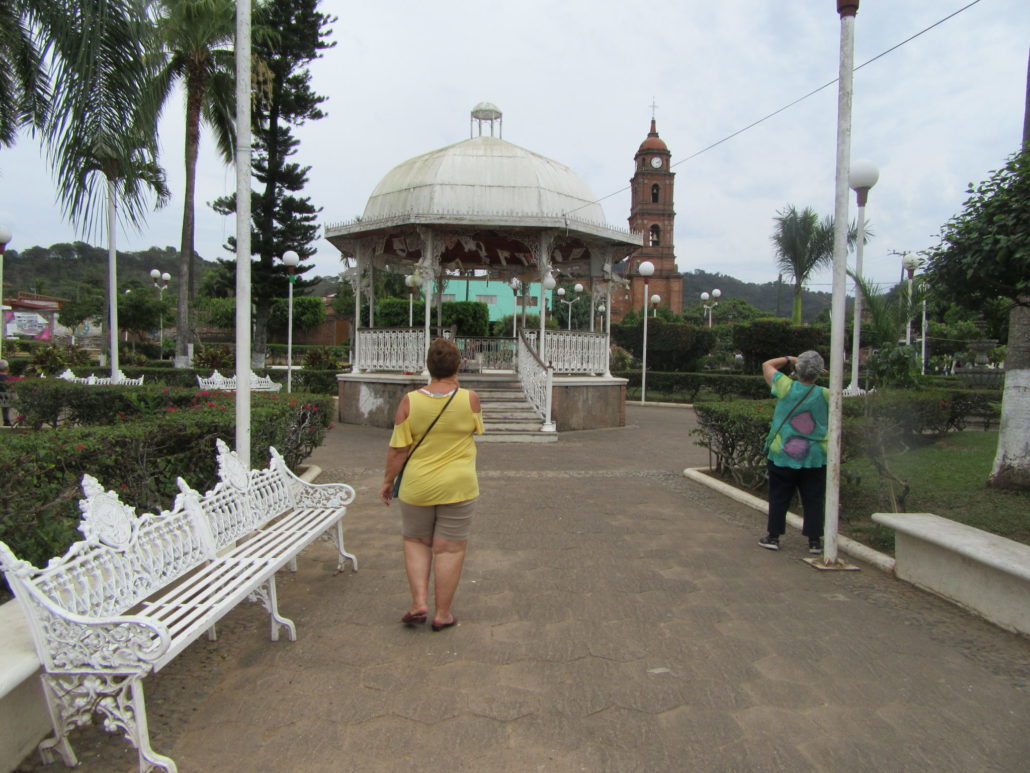 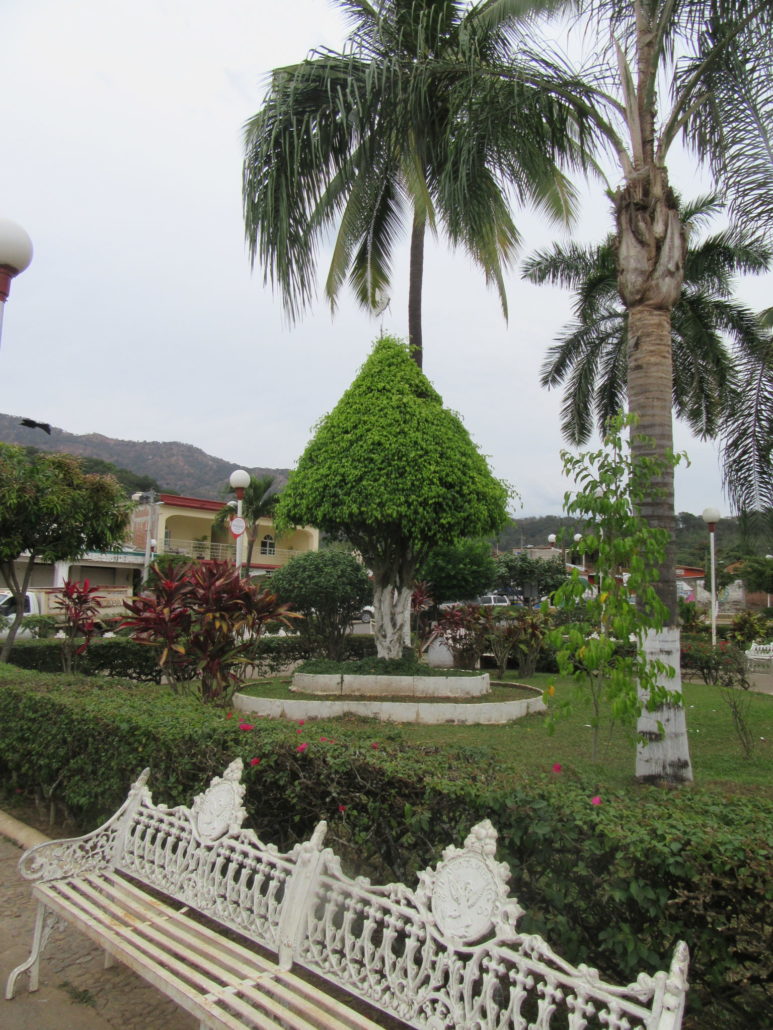 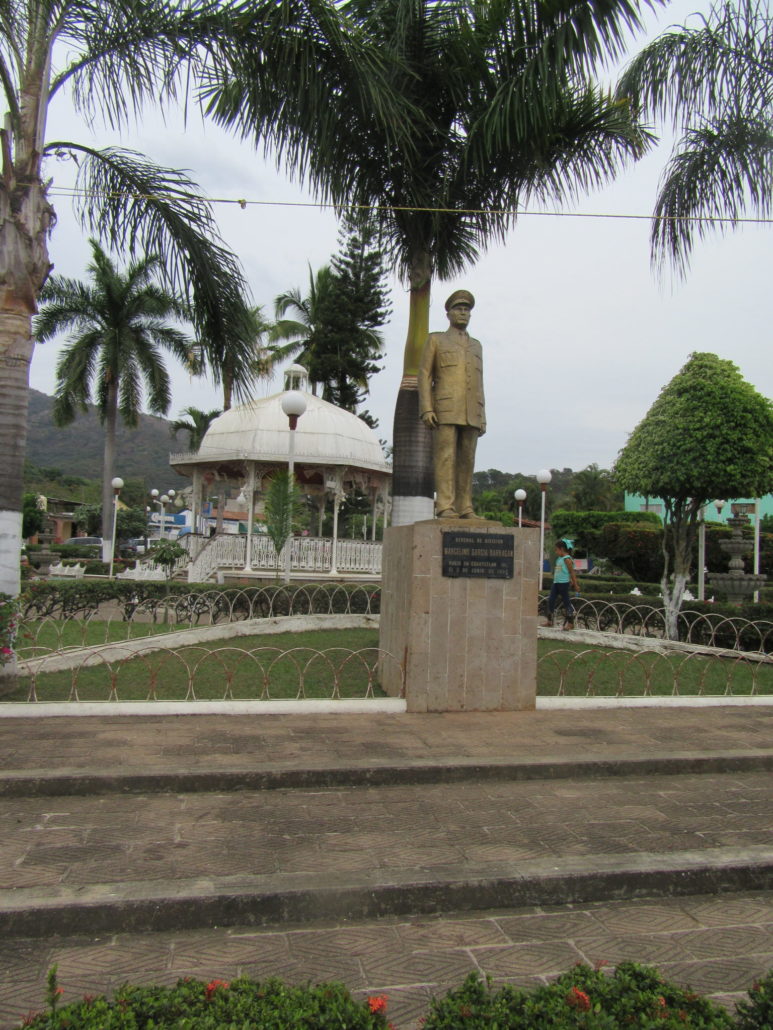