Santa Maria del Fiore
“Florence’s cathedral stands tall over the city with its magnificent Renaissance dome designed by Filippo Brunelleschi. The cathedral named in honor of Santa Maria del Fiore is a vast Gothic structure built on the site of the 7th century church of Santa Reparata.
Florence’s cathedral is the 4th largest in the world, after St. Peter’s in Rome, St. Paul’s in London and the Duomo in Milan

After seeing the Duomo from all sides and visiting the inside of the cathedral, all you need to do to complete the experience is climb to the top of the cupola!
Built by Filippo Brunelleschi who won the competition for its commission in 1418, the dome is egg-shaped and was made without scaffolding. The raising of this dome, the largest in the world in its time, was no easy architectural feat. One of the eight sides was finished by 1515, when someone asked Michelangelo – whose artistic opinion was by this time taken as cardinal law – what he thought of it. The master reportedly scoffed, “It looks like a cricket cage.” Work was immediately halted, and to this day, the other seven sides remain rough brick!
The only way to see the inside of the dome up close and enjoy the extraordinary view of Florence is to climb its 463 steps (there is no elevator): the route takes you by the interior of the dome where you can admire Giorgio Vasari‘s frescoes of the Last Judgment (1572-9) up close.”

I did not climb the 463 steps but my brother and sister did. I figured, why should all of us go, they could tell us what it was like so I volunteered to stay down and enjoy a little shopping and a well-deserved cappuccino. 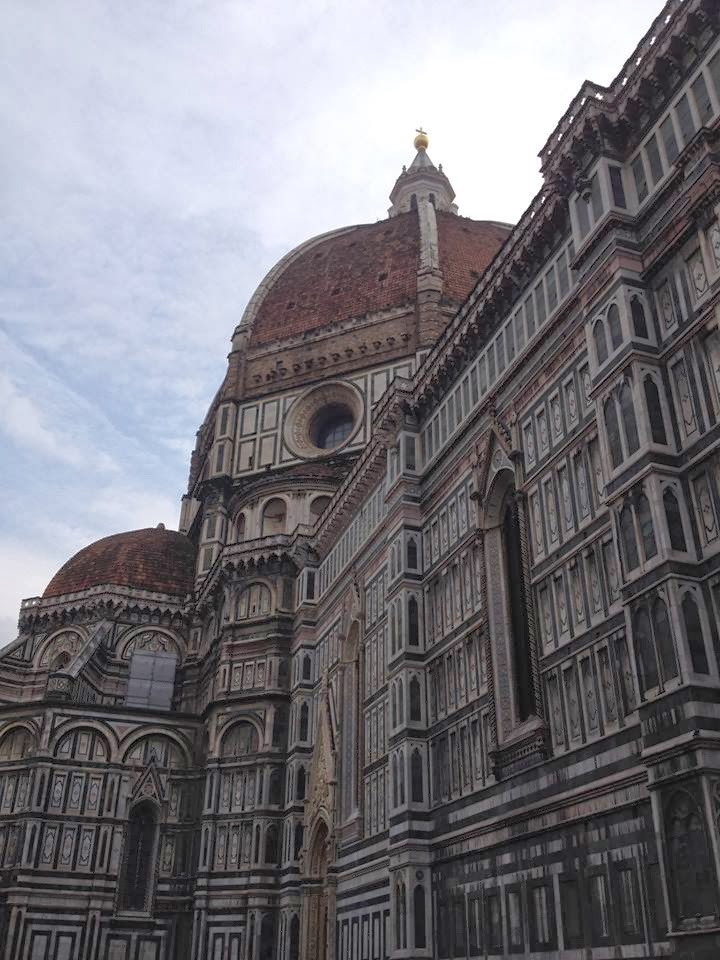 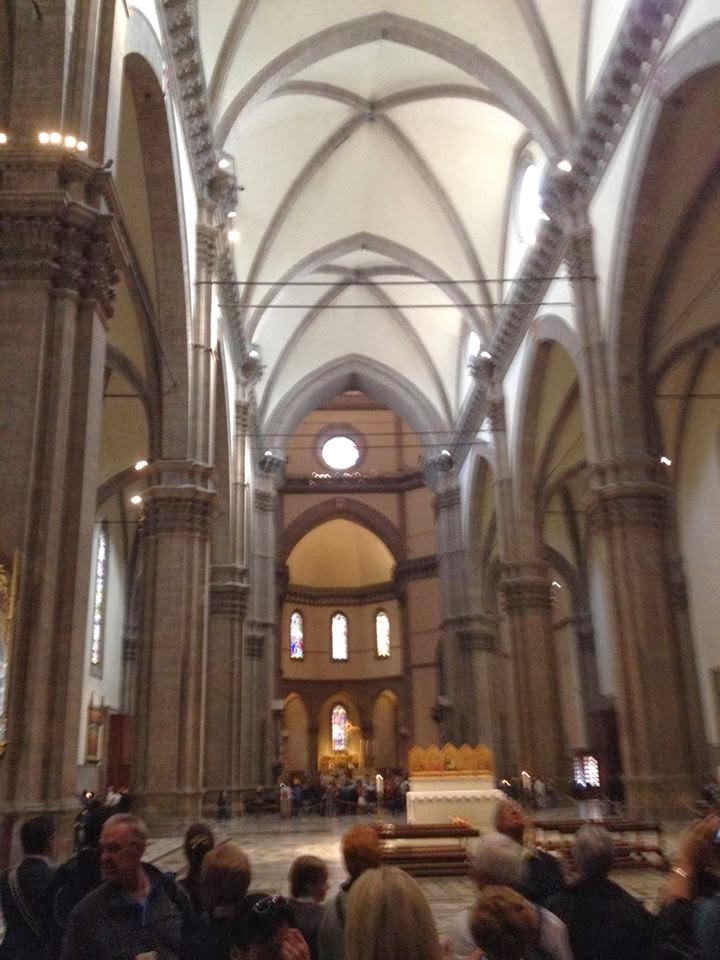 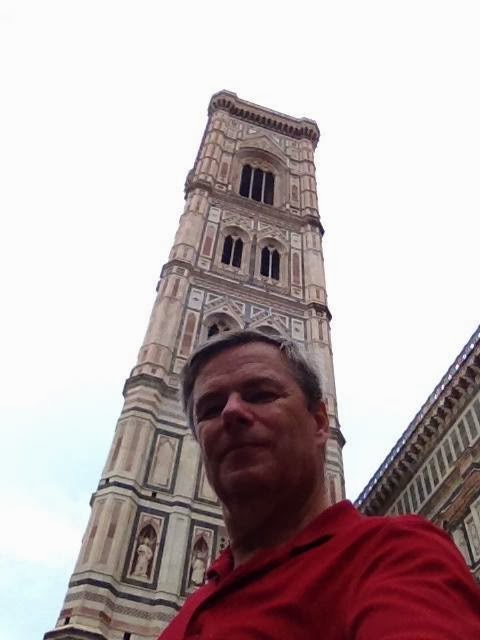 My brother before the climb – tower behind him 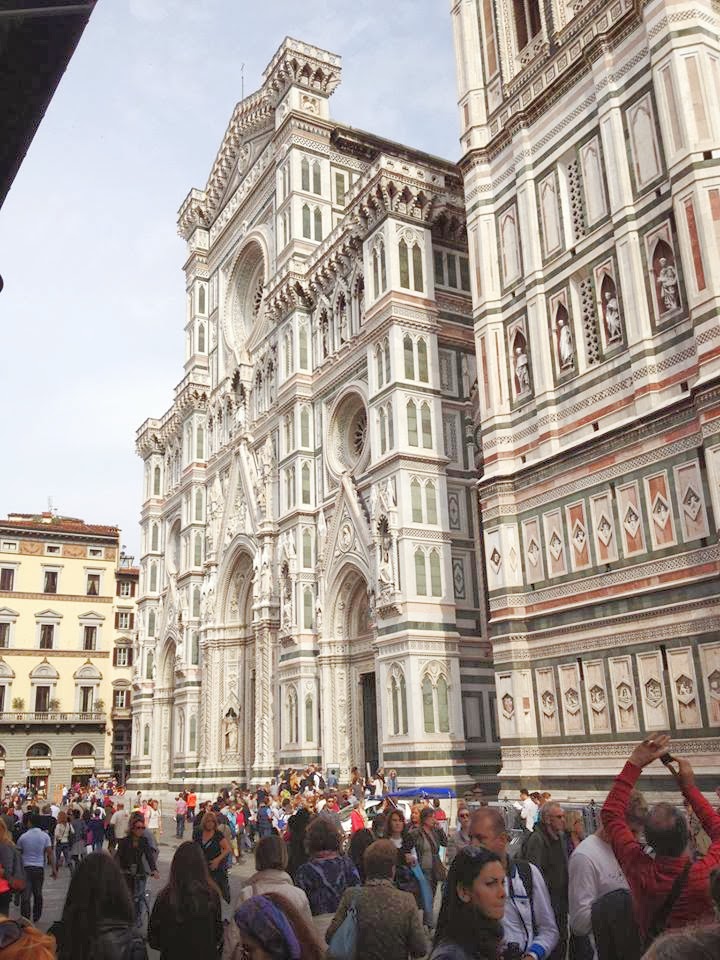 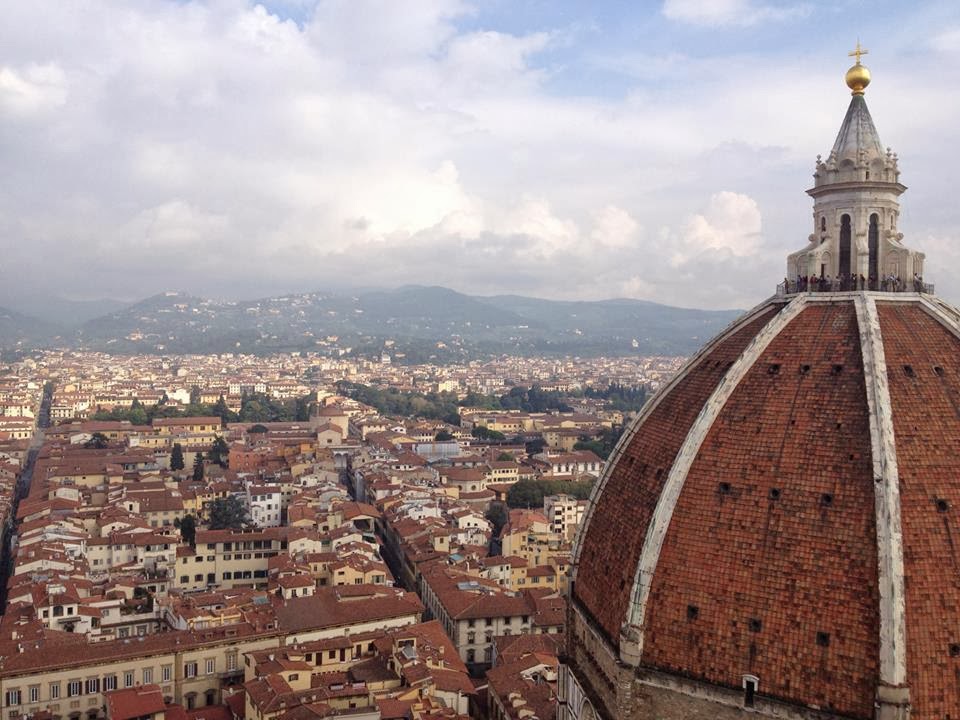 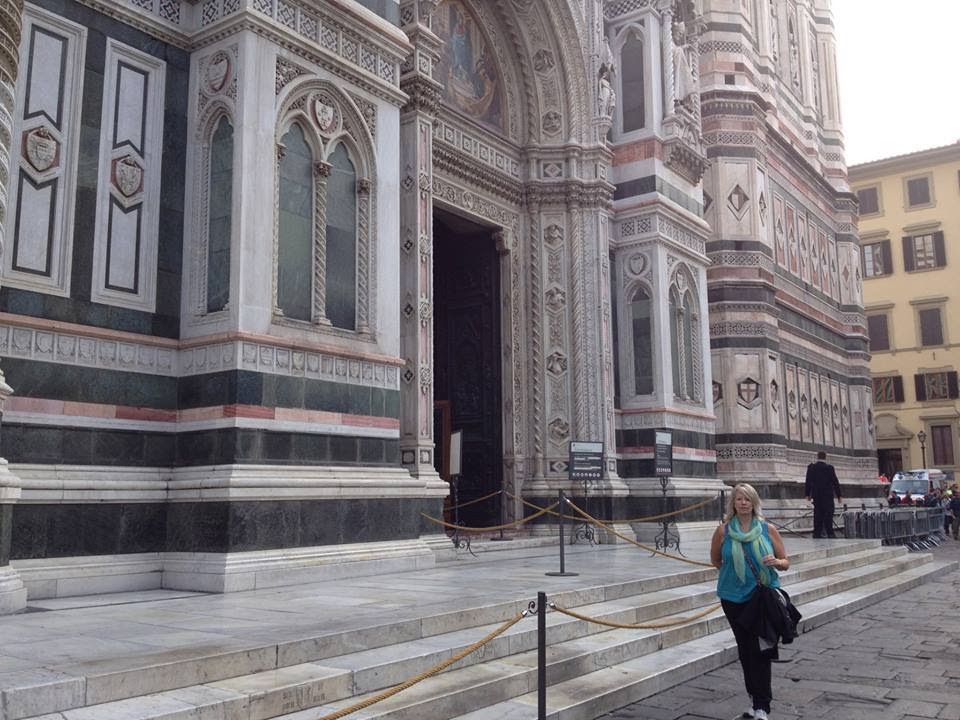 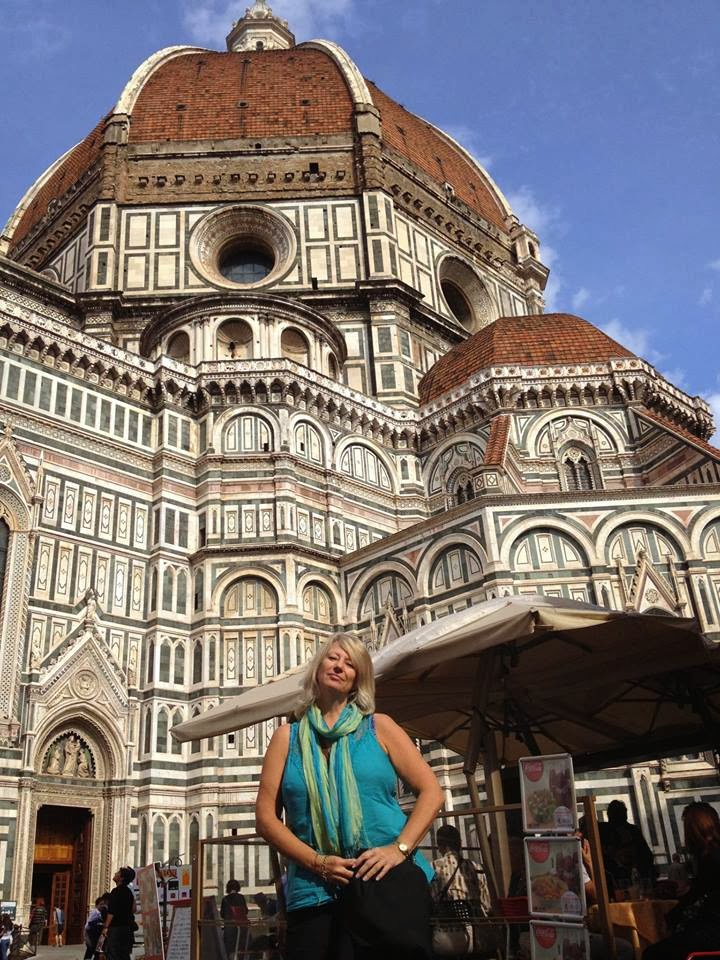 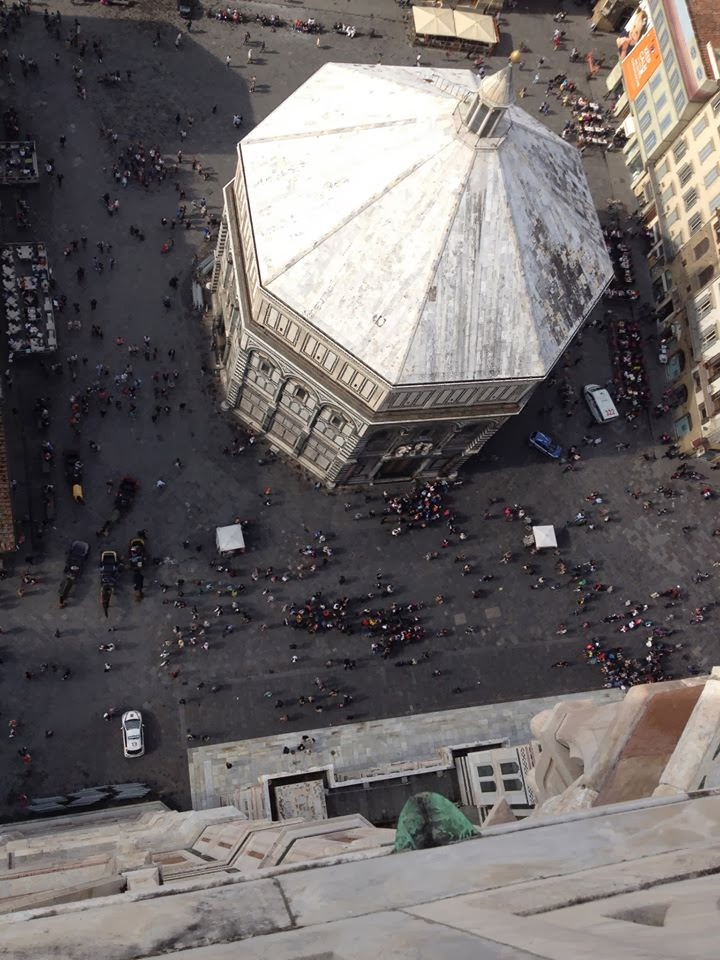 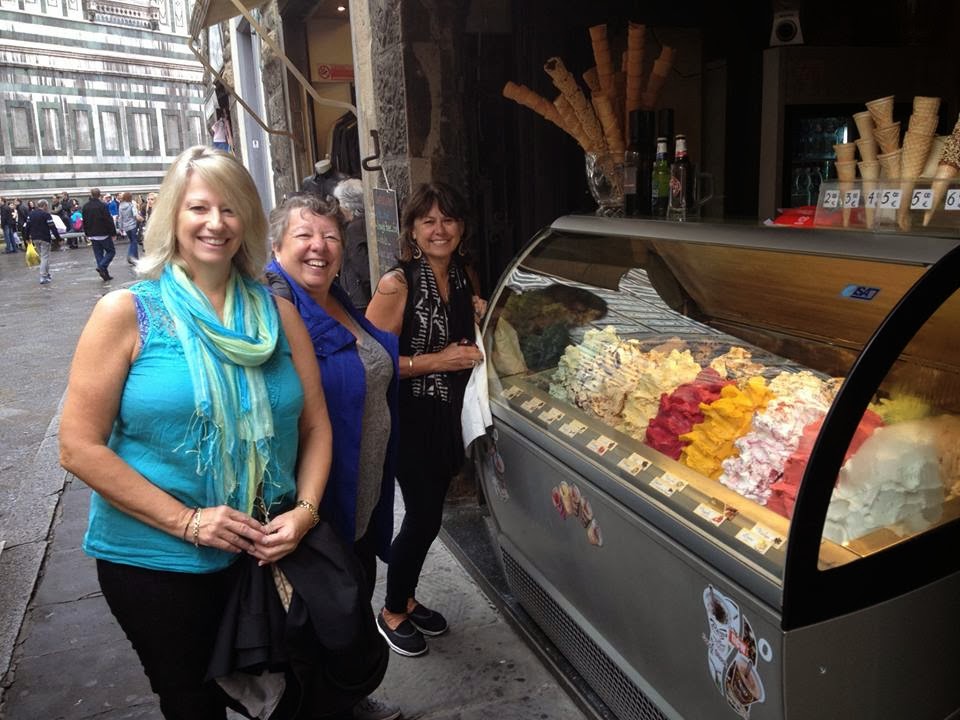 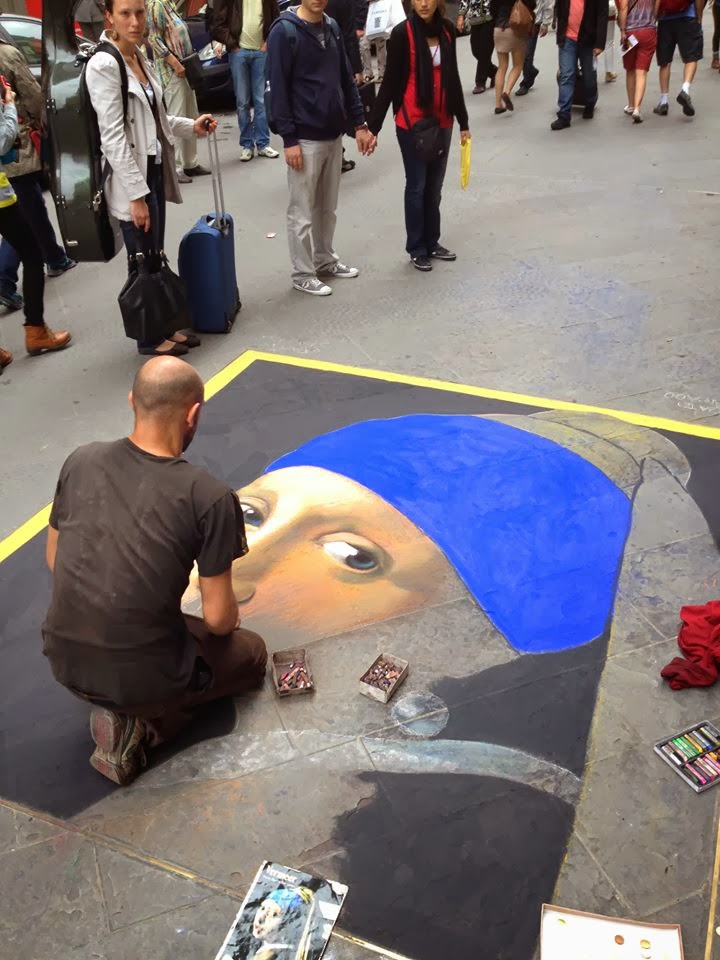