We began our journey to the Tuscan countryside with a hasty decision as to where we would be laying our heads that evening. A couple of hours before we were to arrive, we had narrowed it down to two places. We more or less decided on one place just to make a decision. Again, fortune was with us. We had chosen ‘I Fuochi Agriturismo’, a beautiful brick farmhouse built in the 18th century and nestled on a hill. The additions to the farmhouse to provide a couple of apartments matched the original farmhouse. We were to discover that we “lucked” out in many ways.
Our landlady, Roseanna, had no notice from the booking company that we were arriving but she greeted us with her usual warmth and charm.
Our apartment consisted of 3 bedrooms, 3 bathrooms, open concept kitchen, and living area with a wood burning fireplace. The bathrooms were modern and well- appointed and the bedrooms very comfortable. 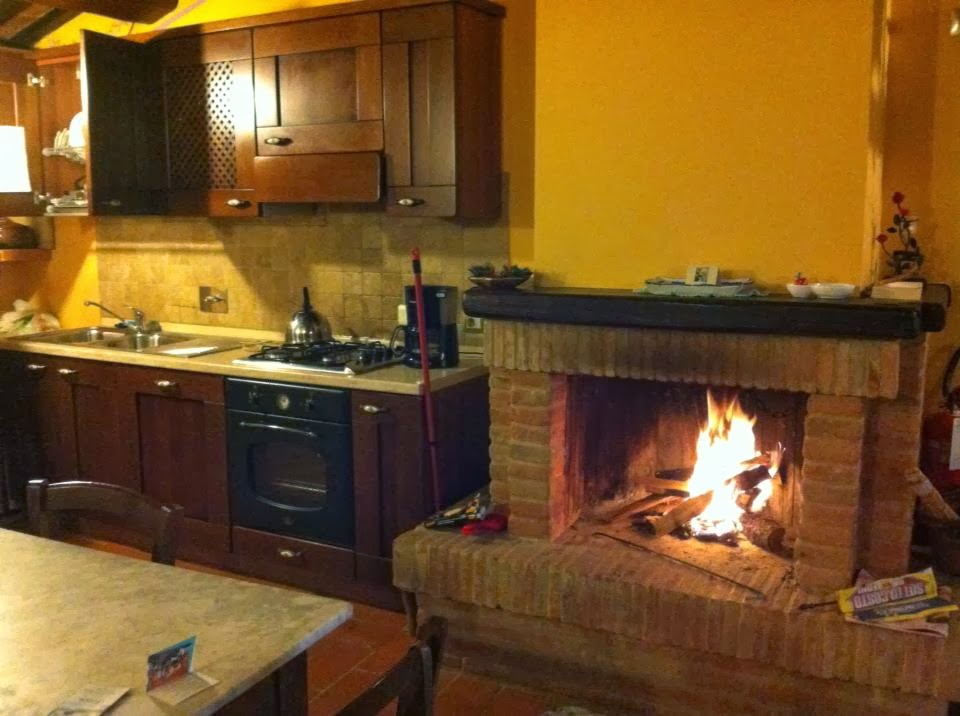 Every day she would put produce from her garden on the patio table for us to enjoy watermelon, carrots, tomatoes, walnuts, etc. The farm is a working vineyard and has a large produce garden. Roseanna’s husband used to make the wine himself but is no longer able to do the physical and so he rents out the vineyard to others. 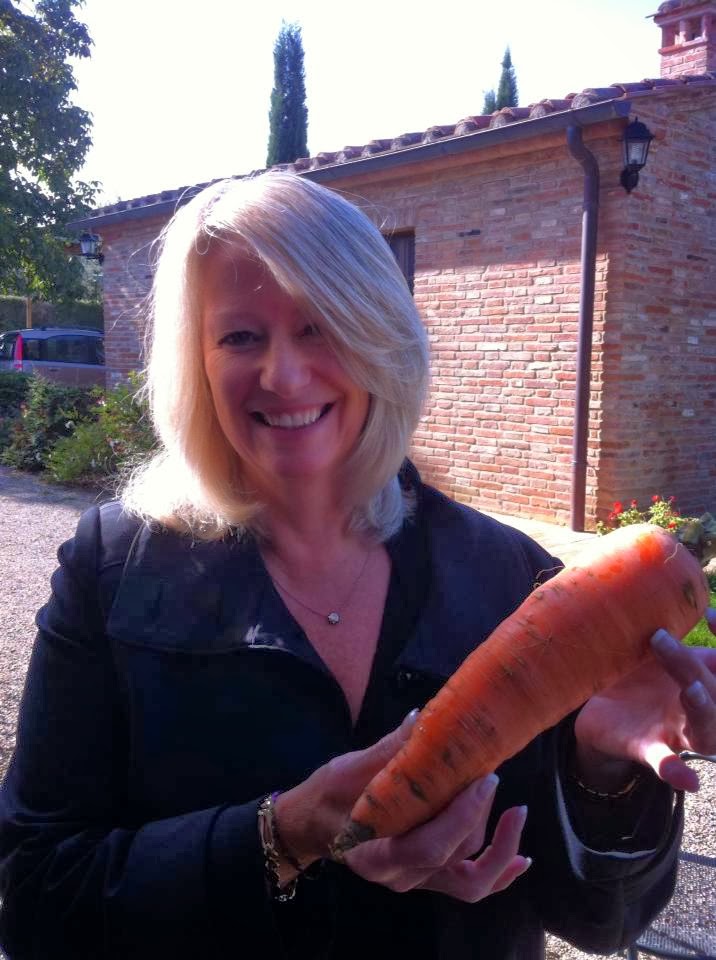 We had mentioned to Roseanna that we were looking for a Tuscan cooking class but were unable to find one. She offered to teach us how to make pasta and spaghetti sauce with veal and sausage. We went down into a basement to what would be considered a summer kitchen. She called it a garage – I think something was lost in the translation.
In the garage, we learned how to make the pasta. She would not let us just watch, we had to try each step. While the pasta was drying, we went upstairs to start the sauce. Here is the recipe:
Finely cut:
Carrot
Onion
Celery
A little hot pepper
Put in food processor until fine
½ kg ground veal and a little pork
1 to 1 ½ cups white or red wine
Cook everything until the wine evaporates. Add 2 cups of homemade tomato sauce.
Simmer
Then add ½ cup vegetable stock 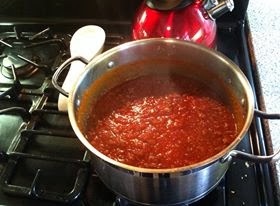 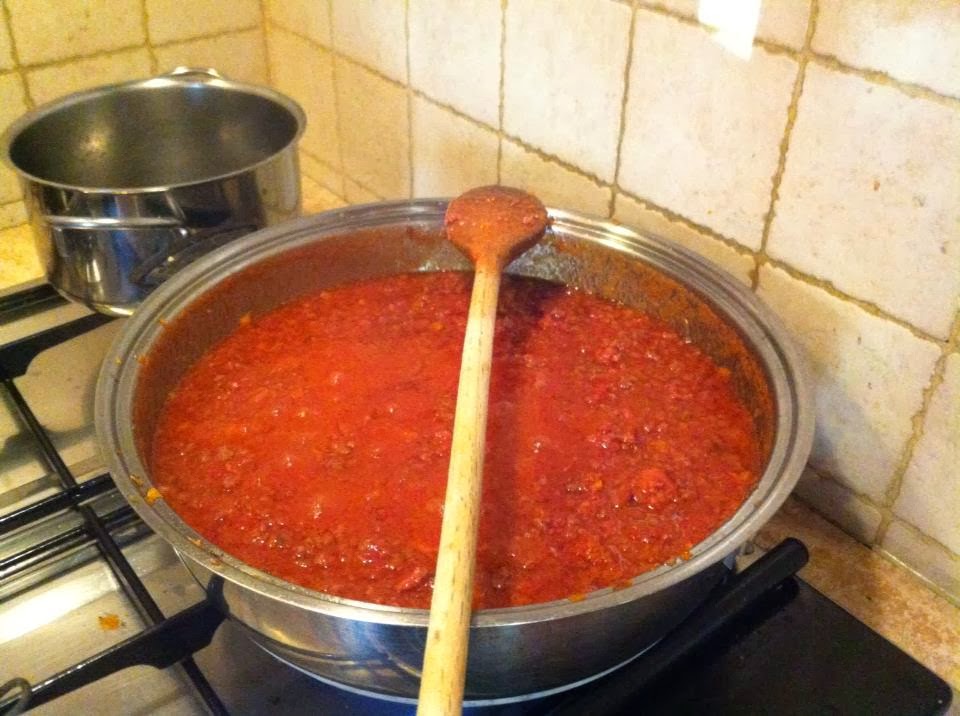 “To cook like your mother is good; to cook like your grandmother is better”, says the Tuscan proverb. Roseanna obviously cooks like her grandmother.Not only did she teach us but invited us to share the meal with her and her family. First we had sliced meat and cheese with bread. Then we had cauliflower done in béchamel sauce, with parmesan cheese and pecorino cheese, potatoes, salad and then the pasta. It was so good. After dinner, we had a special wine that he had made in 1978.

Roseanna would not take any money for the lesson so we bought a couple of gifts for her.