Genoa was not on my original list of places to visit in Italy but because my friends lived there, I changed my plans to include their lovely city.
Genoa is a port city. The port sprawls along the shoreline but once you start to travel in towards the city centre, it begins immediately to change to narrow, twisting roads. Genoa is a complex city with old charming buildings and areas that are a little gritty. My friends took me through the “gritty” sections to show me the sights but warned me not to go in this area on my own.
Since hosting Expo 1992 and being named as 2004’s European City of Culture, the city has undergone some radical renovations including Europe’s largest aquarium and one of Europe’s best maritime museum.

I toured the aquarium and the pirate ship that was built for Roman Polanski’s film “Pirates.” I also went to the Biosphere but I do not think it is worth the 5 Euro charge. It is very small and takes about 5 minutes to go through the whole place. 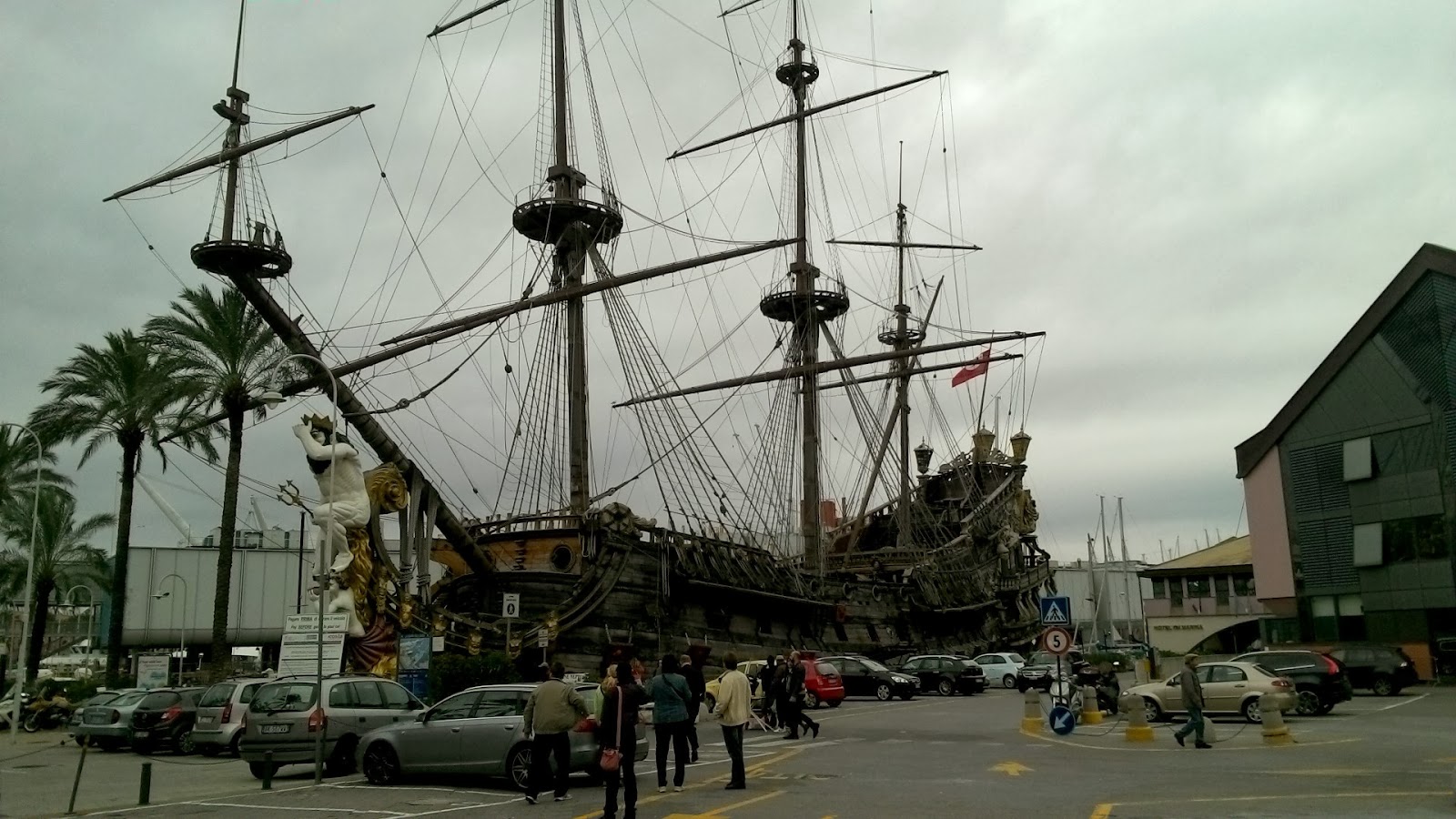 Some pictures around the city 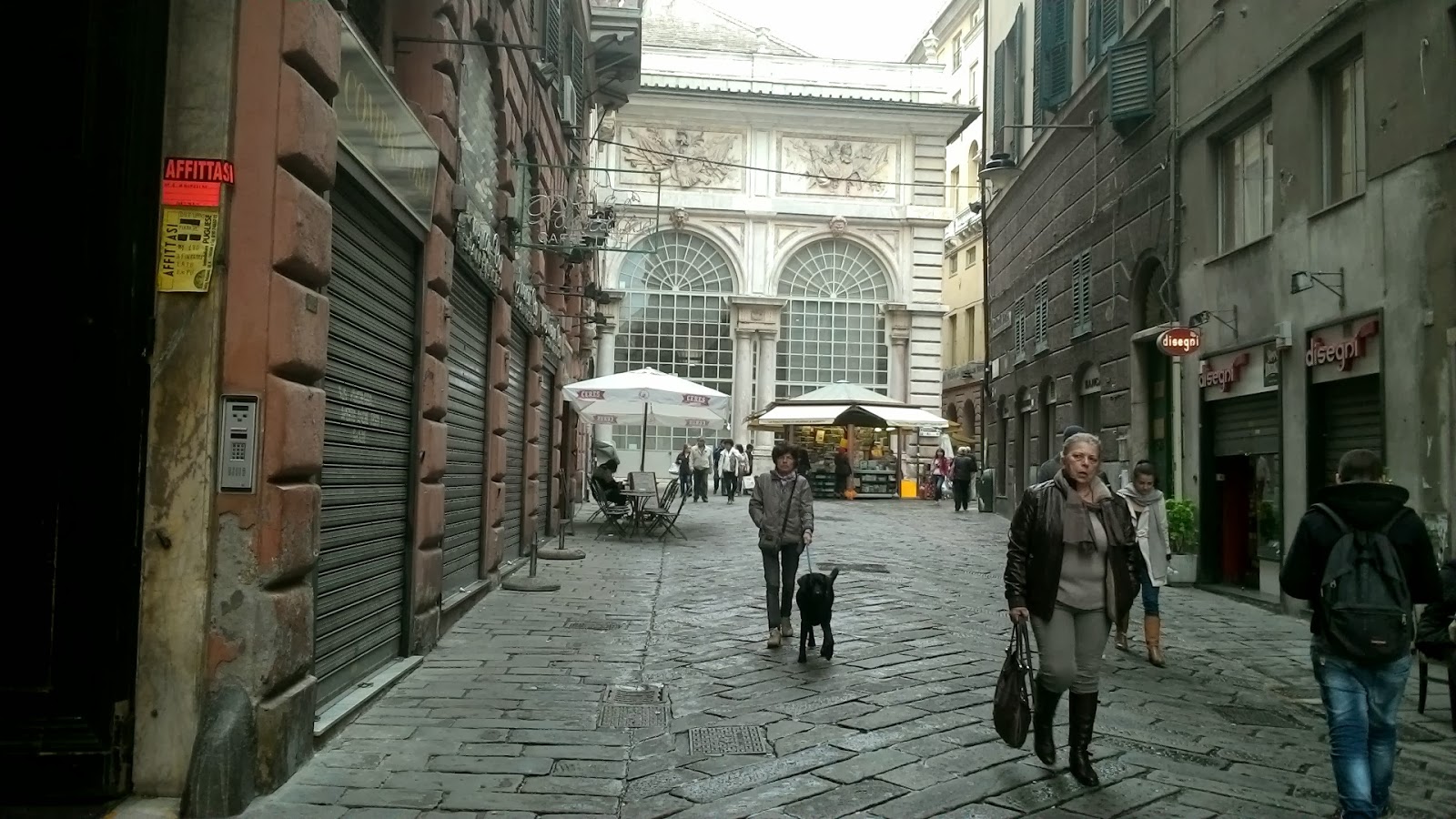 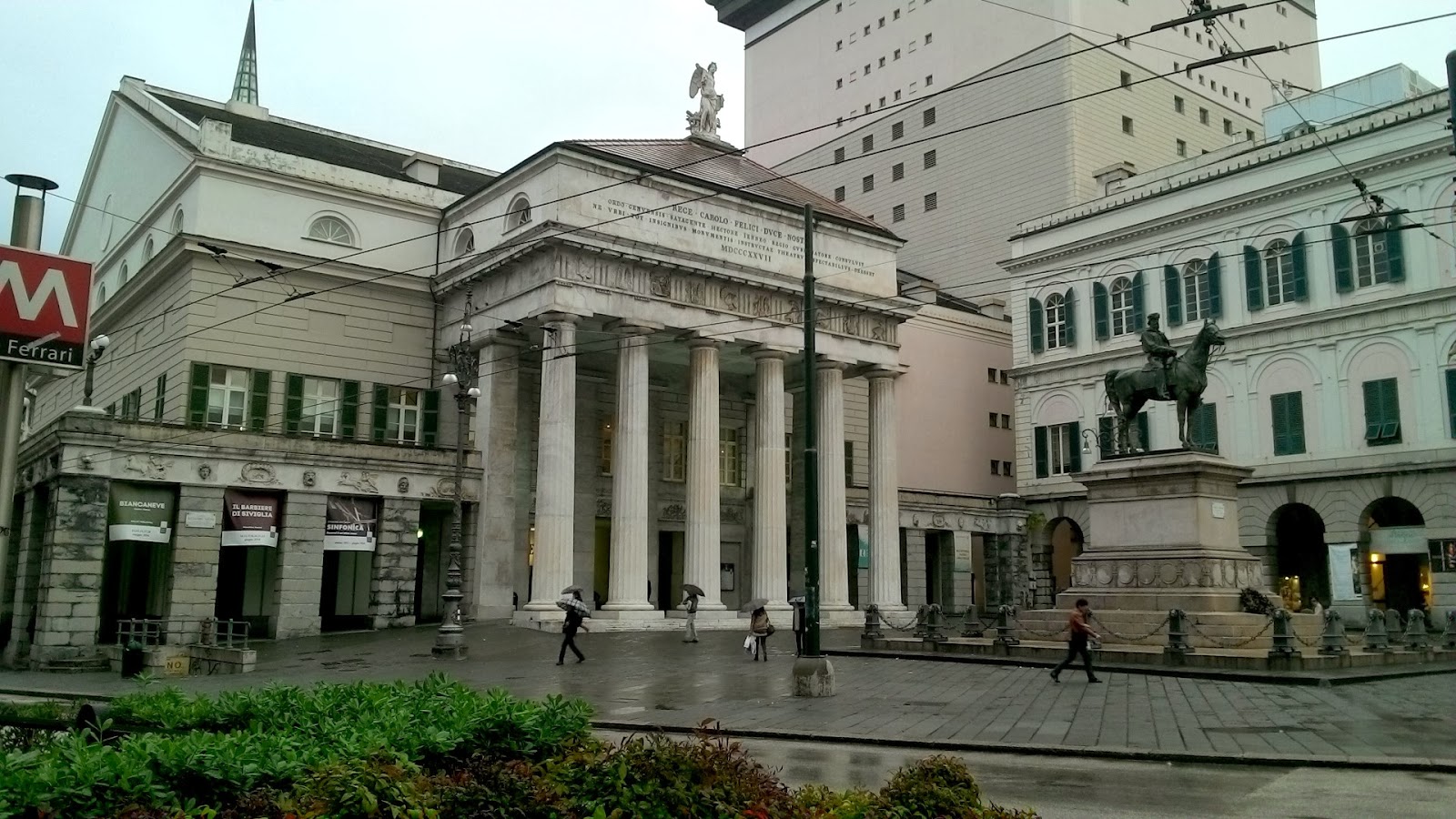 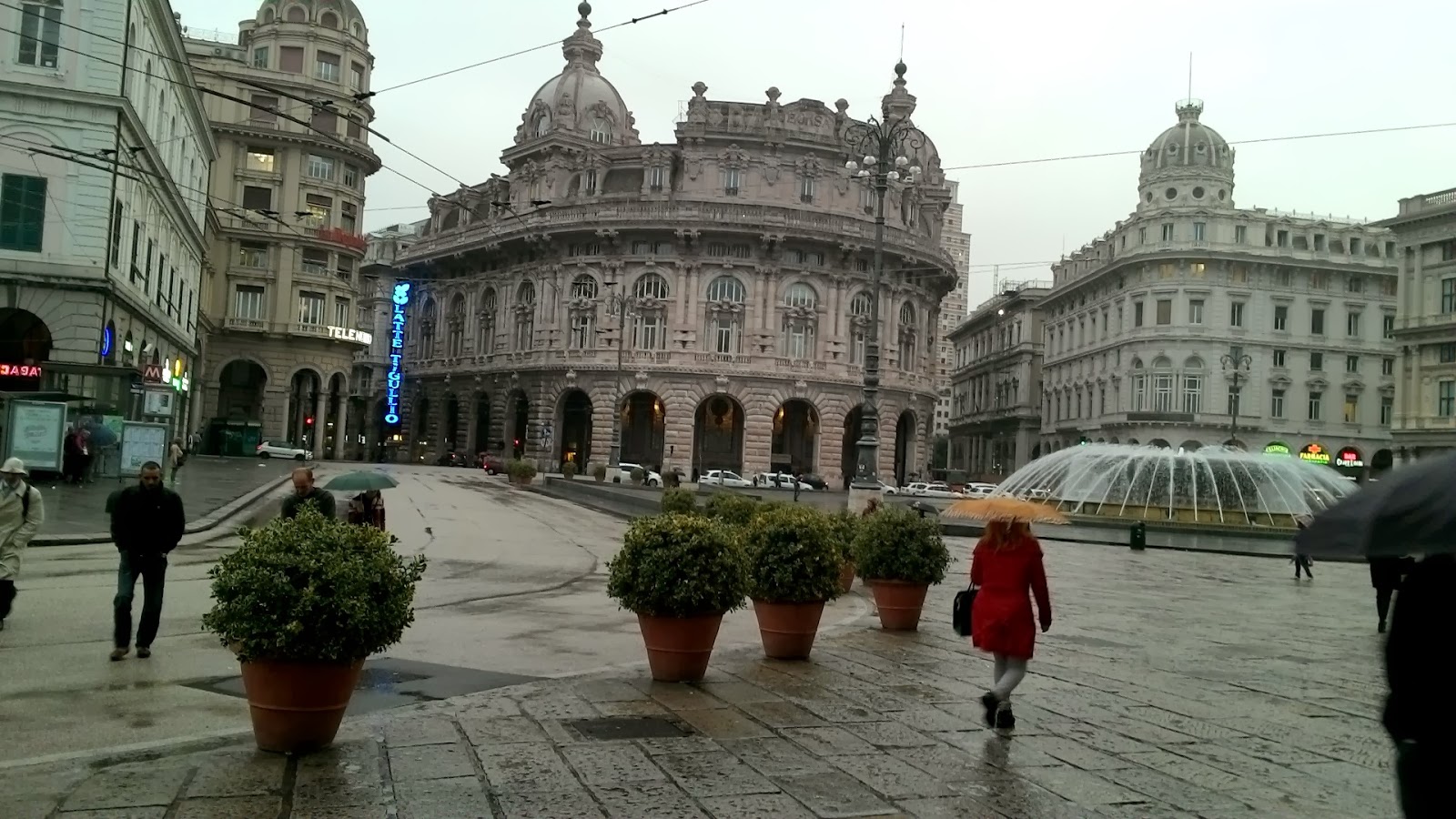 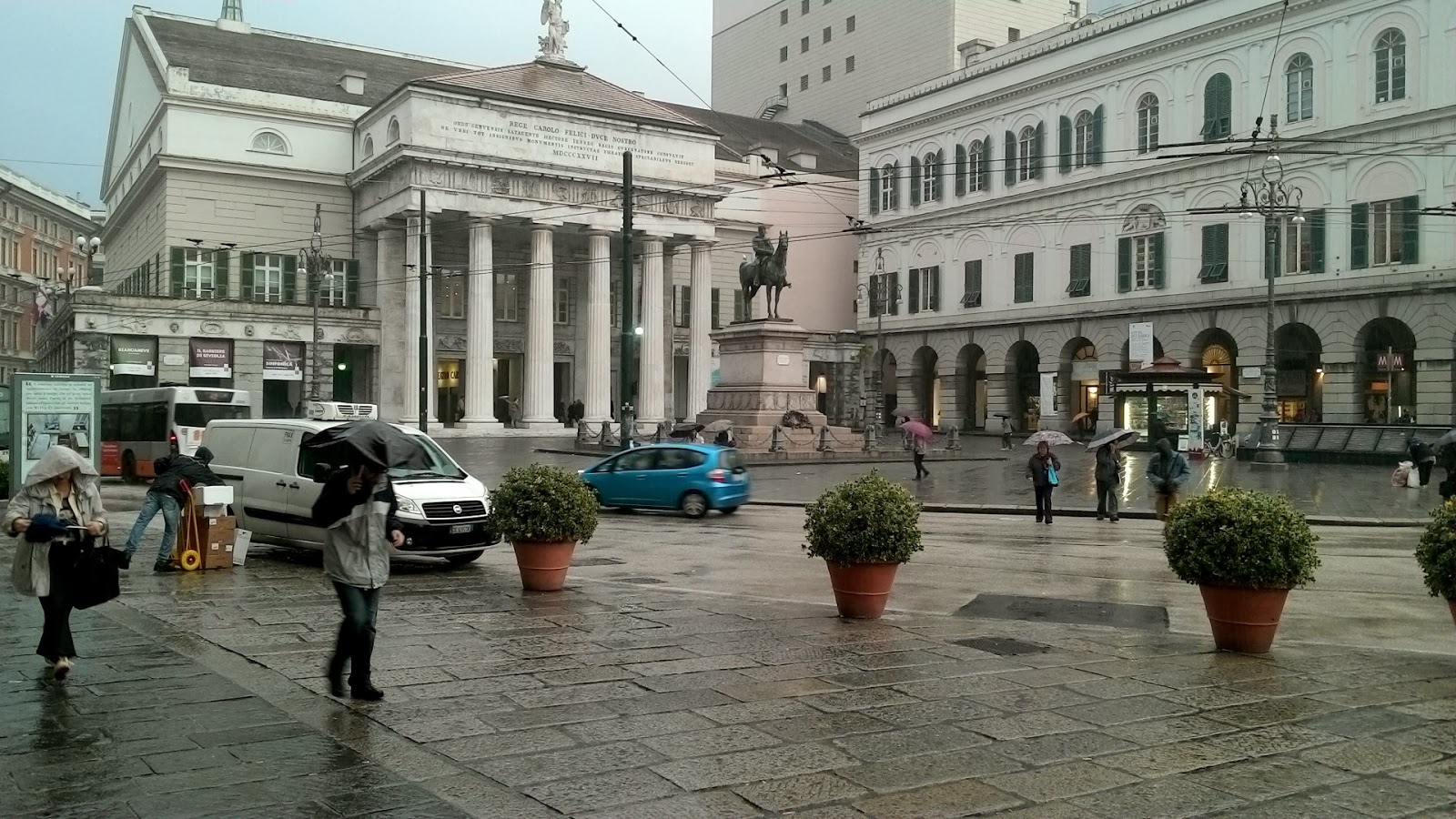 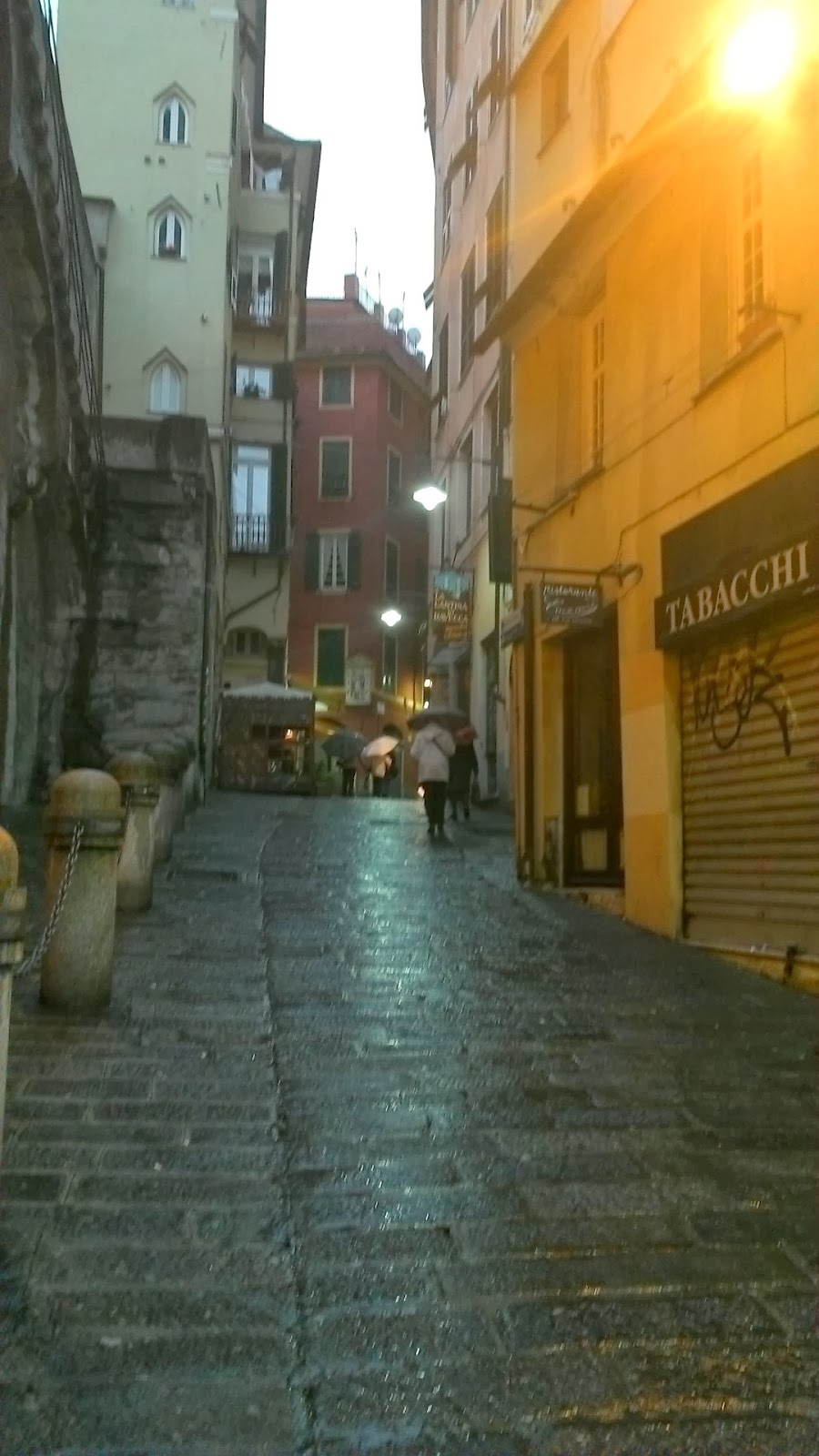 Because I had a short stay there, my time was spent wandering the streets of Genoa, trying out different restaurants, and taking in as many sights as possible. I spent a lovely evening with my friends at their home and enjoyed a typical Genoa meal.

I am not sure exactly what part of law enforcement these people were but they walked all over the Port and the downtown area of Genoa. 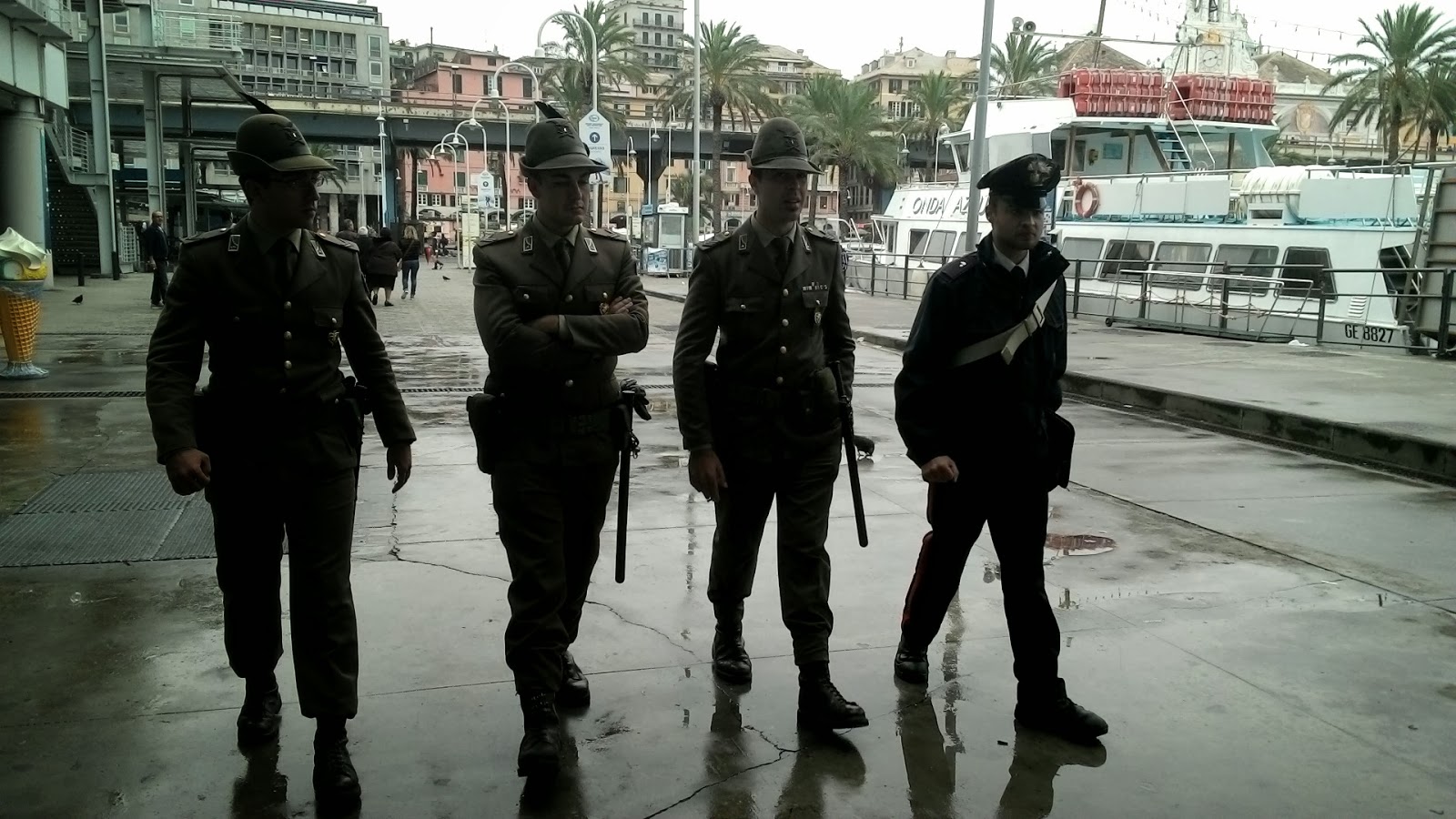