This post will probably be my shortest to date, but I wanted to share my experience. It started with an invitation to a ladies day that included pole dancing but with the assurance that no clothes would be removed. Destination unknown.  I hesitated for a day or two. Then I entered a new decade, and my mind instantly went to ‘what the heck, I am not getting any younger’ mode. So I accepted.

We all met at Esmeralda’s Restaurant which is in Melaque, Mexico. Esmeralda and two of her friends organized this trip. Champagne and orange juice (mimosas) were served until the bus arrived. Yes, the bus. There were 30 women who apparently also had that ‘what the heck’ frame of mind. On the bus, we went, only to be served more mimosas and beer. Only in Mexico can you legally drink on a bus.

We drove to the outskirts of the next town where the driver pulled up in front of Glady’s Bar2. I think it is a combination of a strip joint, pole dancing and who knows what else. We went inside, and they had tables nicely set up for us around the stage. So it began. 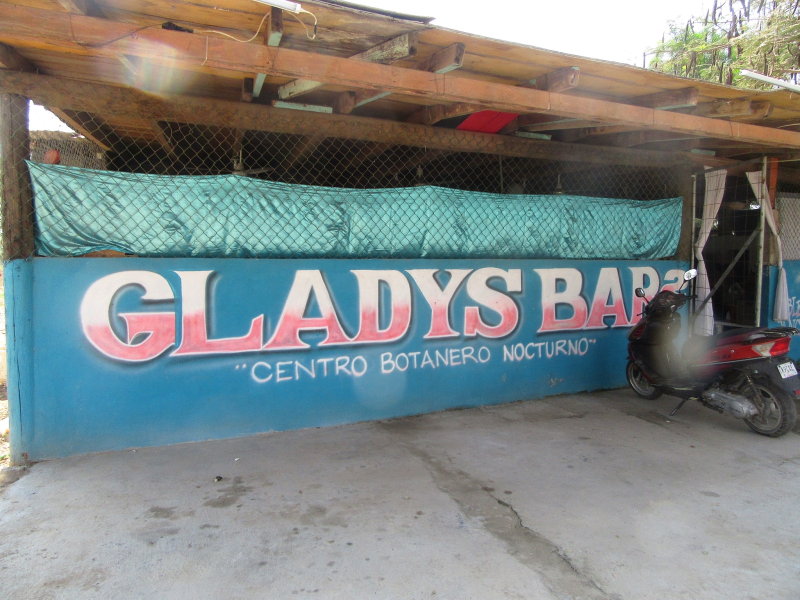 We were served drinks and food. It is a botañero, which is common in Mexico. They bring free food when you order drinks. The food was very good. 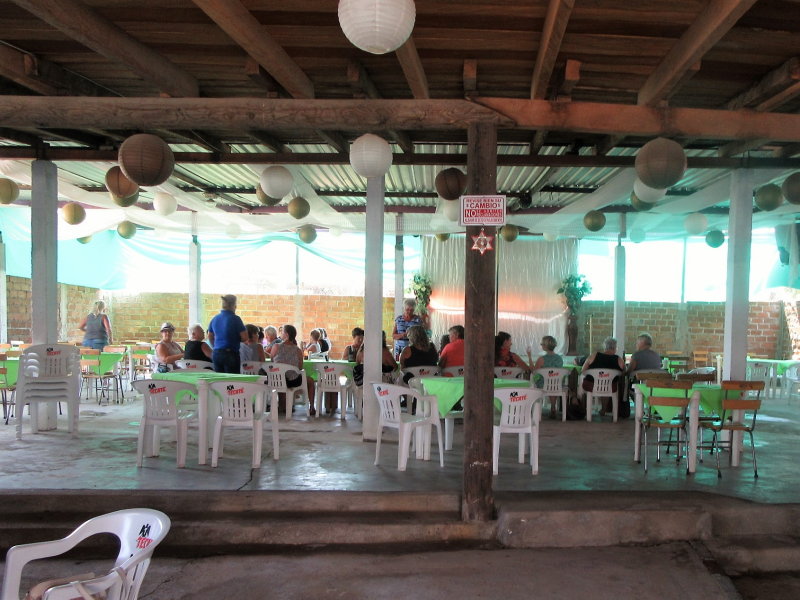 The entertainment started with a young girl doing a pole dance. I was wondering if she enjoyed what she was doing. After she had finished a couple of dances, she invited us to join her for a few lessons in pole dancing. Not many went up. I did. I was still in that ‘what the heck’ frame of mind plus a couple of drinks helped ease any hesitancy. After trying it, I concluded that if I had to make a living doing this, I would be in trouble. I don’t think I would get many tips if any. 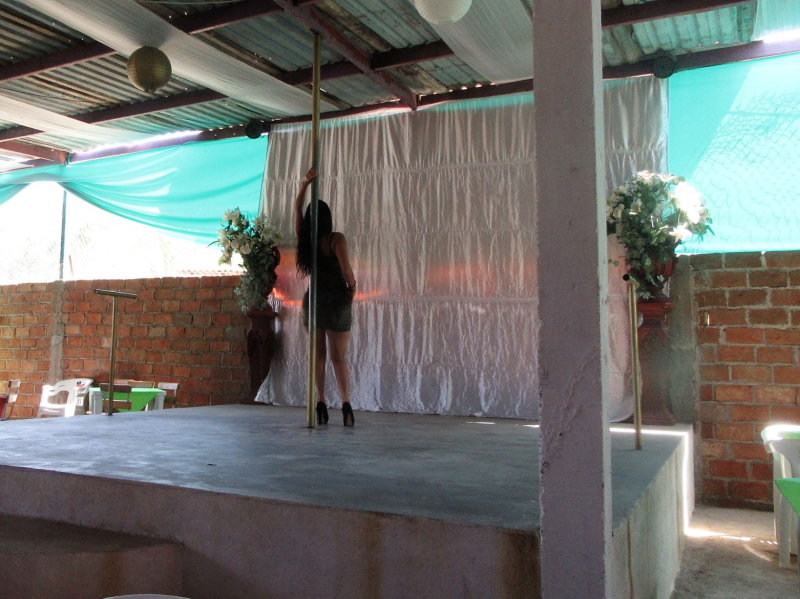 There was entertainment by a transvestite. I think she was fairly new as she seemed to be out of sync with the lyrics etc.

Some of the women who knew I had a birthday yesterday, got the DJ to sing to me. He has a nice voice, and as they say, he was eye candy. 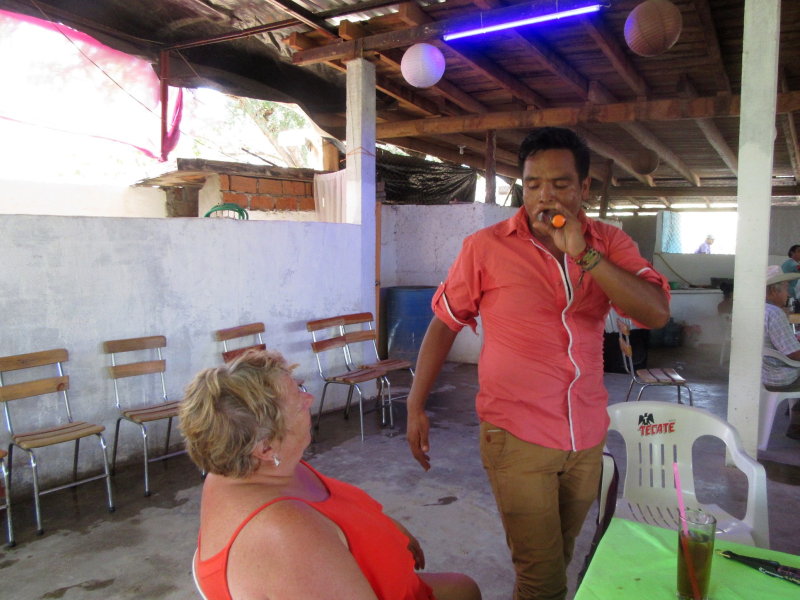 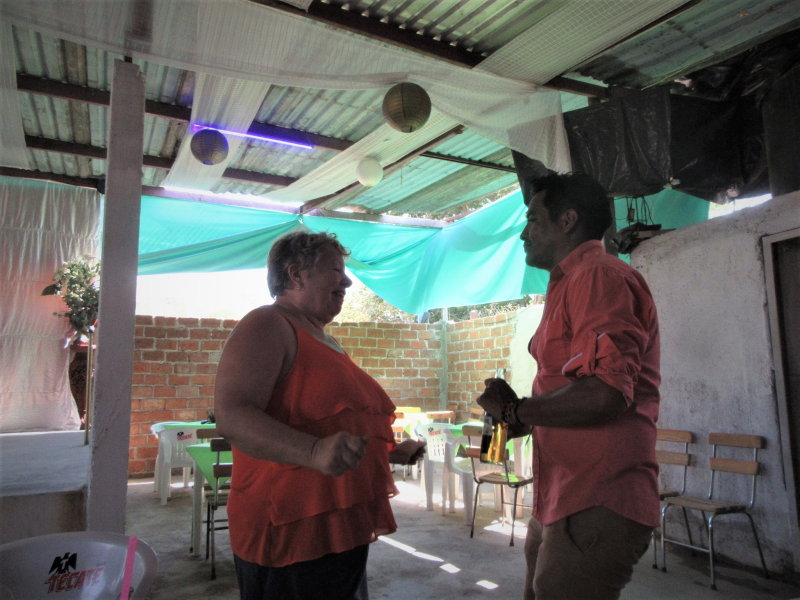 The bar had never had a group of Caucasian women in the bar before. I think we entertained them more than they did us. Certainly, the work camp in the next lot was highly entertained. This older gentleman was very entertained by all the ladies. I was surprised when he got up to dance when asked by one of the women. As we were leaving he wanted to shake everyone’s hand. 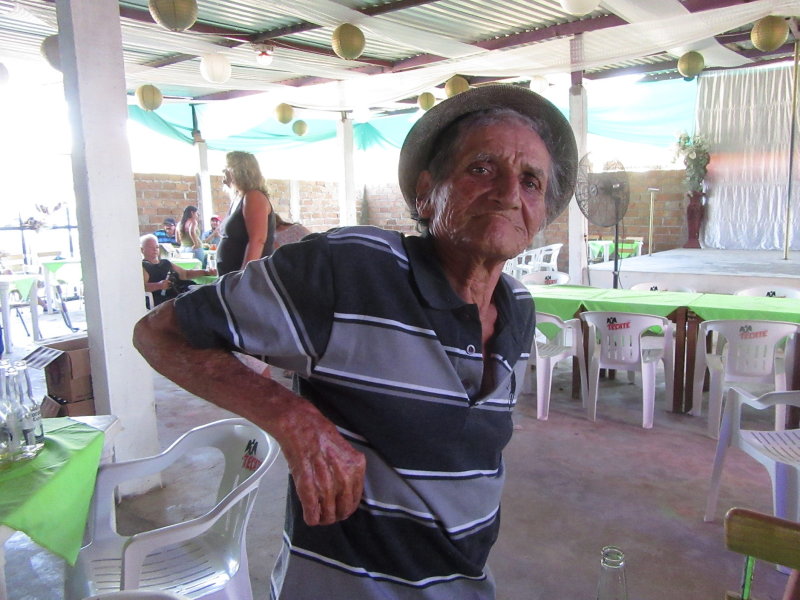 For the women reading this, I am sure you can understand what it is like to have a bunch of women get together and let loose. For the men, probably not. I was contemplating why we women did this when it occurred to me that men do the same thing except more frequently. They hoot and holler at games, whether they are at a game or watching it on TV. We women never get to let loose or choose not to on a regular basis so when we have a chance well …

All in all, we had a great time and even more so on the bus back to town. We didn’t cause any international incidents, and no one was injured! Thank you, Esmeralda, for arranging this for us. It was fun to let our hair down.