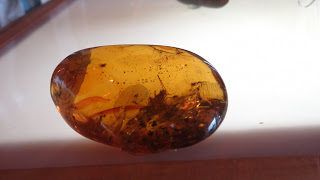 Today was a mixed bag of sightseeing and shopping. Great combination! I was happy to have an easier day. Yesterday was wonderful but my brain was on overload with all the information and trying to assimilate the differences in our cultures.

Our first stop was to the Amber Museum. It was a fascinating place. Strange as it may sound, I did not know or care before that amber was not a stone but fossilized pine resin that is twenty-five million years old. That all changed after our tour through the museum. 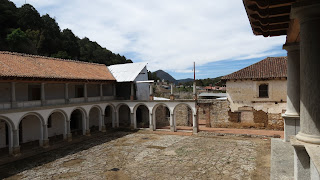 I decided that I wanted not only a piece of amber but a piece that had an insect in it. I wanted to wear history. I found an interesting piece at a local jewellery store. We took it back to the museum to have them verify (under a black light) that it was a genuine piece of amber. It appeared cloudy which shows it was the real thing. Next, we had them put a clasp on it so I could wear it as a pendant. Looking under a microscope showed that there were two insects in my piece. I was one happy camper.

Some interesting facts I learned:

When rubbed, the gem attracts lint. Amber was used to remove lint by the Phoenicians & Etruscans & was therefore nicknamed “Straw Thief” in Turkey.

Amber is the lightest weight & softest of all gems (a diamond is hardest). It is one of only a handful of gems of vegetative, not mineral, origin. The others are pearl, jet, & coral. 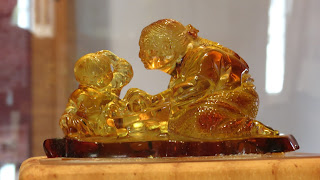 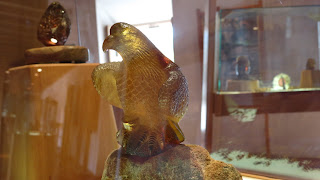 Amber is warm against the skin. In contrast, minerals and glass are heavier and cooler than room temperature. Stones like jade, lapis and turquoise feel cool or even cold to the touch, but amber feels warm. This, along with its obvious sunny colour, is why Lithuanians know it as -sunshine-.

True amber is light enough to float in salt water, if not weighed down by other substances (like silver), but it will not float to the top, it floats like soap would in a bathtub. 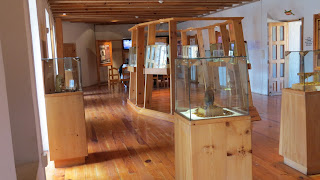 The Healing Properties of Amber

Amber acid is a bio-stimulant and has been used for ages to promote healing. Amber fights depression, and serves as a magnet to attract joy to the wearer.

Amber allows the body to heal by absorbing and transmuting negative energy into positive energy (ions).

Amber was first worn as a talisman of good luck.

Amber serves as a symbol of renewal in marriage & continued fidelity. It also represents an everlasting bond of eternal love.
Amber is an alternate birthstone for November, replacing topaz.

Amber has always been associated with good luck & general protection, particularly the ability to ward of the evil eye.

Amber is associated with the signs Leo and Aquarius.

In dreams, amber signifies a voyage. 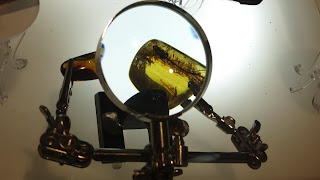 Next on our list was the church market. The market takes up a good portion on one side of the church. It was just about half a city block. This is where merchants from the surrounding villages sell their crafts. We spent quite a bit of time there but I bought very little, as I was always aware of how little room I had left in my luggage! There was so much temptation. 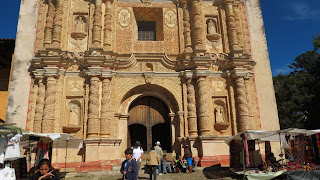 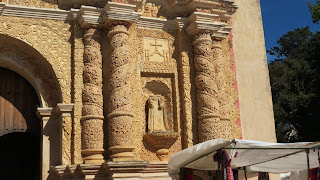 As we walked around the market, we discovered the museum attached to the church. There was a preHispanic section and then another section showing the arrival of the Spaniards. 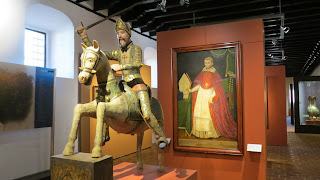 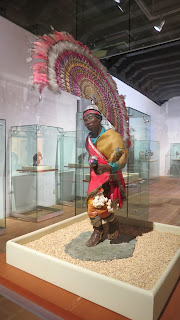 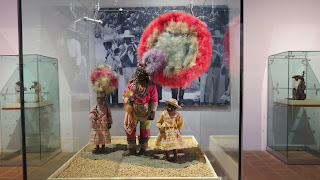 After another long day of exploring (and shopping), we chose a restaurant whose sign stated that it was a “cultural centre.” There appeared to be many people inside (being inside from the cold was also a factor) and the menu looked interesting. It turned out that this either was run by or supported the Zapatista rebels. 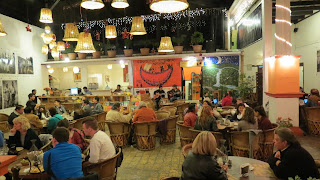 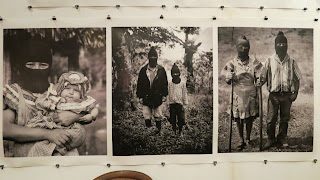 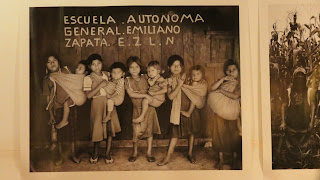 The Zapatista Army of National Liberation (ELZN) was comprised of the many tribes of indigenous population of Chiapas and southern Mexico. They feared that NAFTA would further erode what they see as their inalienable rights to work their own land and self-governance. For this reason, some of the poorest people in Mexico declared war against the Mexican government, to ask that their unique position in Mexican society and their specific grievances be heard. On January 1st, 1994, they took over five cities in southern Mexico, the center of which was San Cristobal. They read their proclamation of revolt to the world and then laid siege to a nearby military base, capturing weapons and releasing many prisoners from the jails. Negotiations lead to the San Andres Accords and ended the rebellion peacefully.