“Because in the end, you won’t remember the time you spent working in an office or mowing your lawn. Climb that goddamn mountain.“  Jack Kerouac

I have never been to a zoo. Hard to believe, but true. On our trip to Mexico City, we tried to fit it in but time did not permit. So, when we were planning our trip to Guadalajara, the zoo was on our list of must sees.

The zoo opened its doors to the public on March 25, 1988. It is considered one of the few self-financing zoos in the country. It developed 50 hectares where the topography of the land, existing trees and flora have been maintained. The zoo has another 280 hectares of an ecological reserve.

Among many other things, the zoo has a cable car, panoramic train, restaurants, wheelchair rentals, stroller rentals, free wifi, and parking.

We started the tour on the Skyzoo, a ski lift which takes you over a good portion of the zoo. It is an interesting way to see the animals and get a good overview of the layout of the zoo. 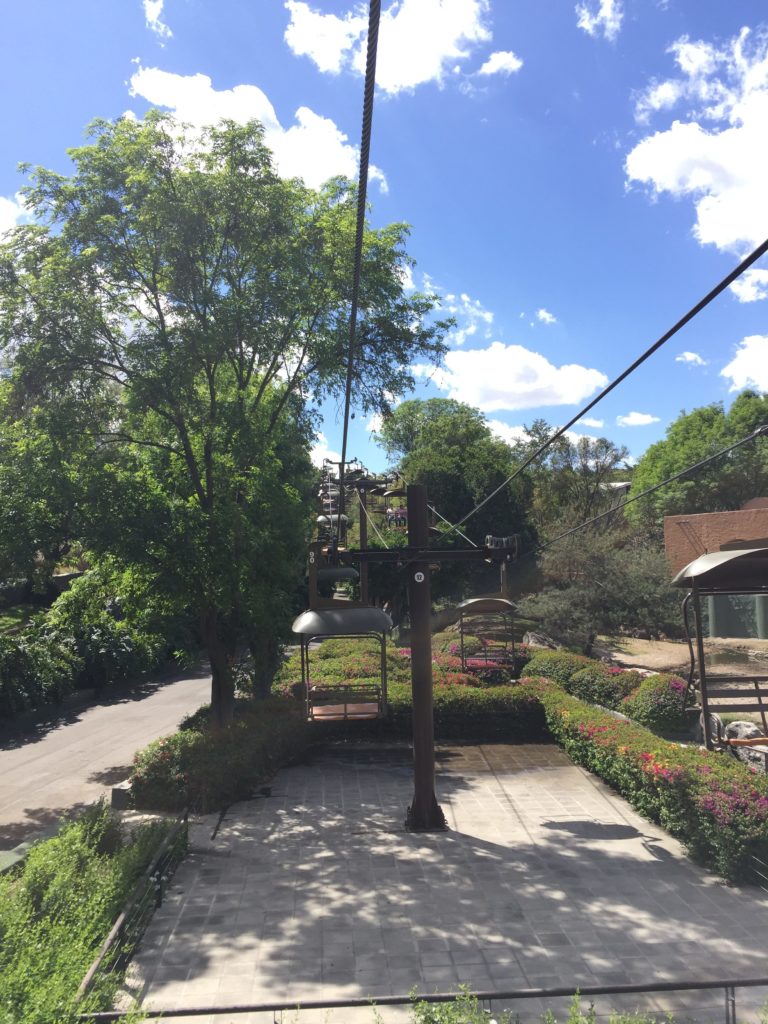 We also took the Safari Masai Mari tour. The guide was dressed in as a member of the Masai tribe and gave information about the animals and Masai traditions. We went into the rhino and giraffe enclosures. As the giraffes came right up to our train, we were able to feed them with lettuce the staff gave us. I was a little nervous going into the rhino enclosure, but the one rhino we saw did not charge at us. He obviously is used to humans. On this tour, we also saw zebras, buffalo, antelopes, and cheetah. 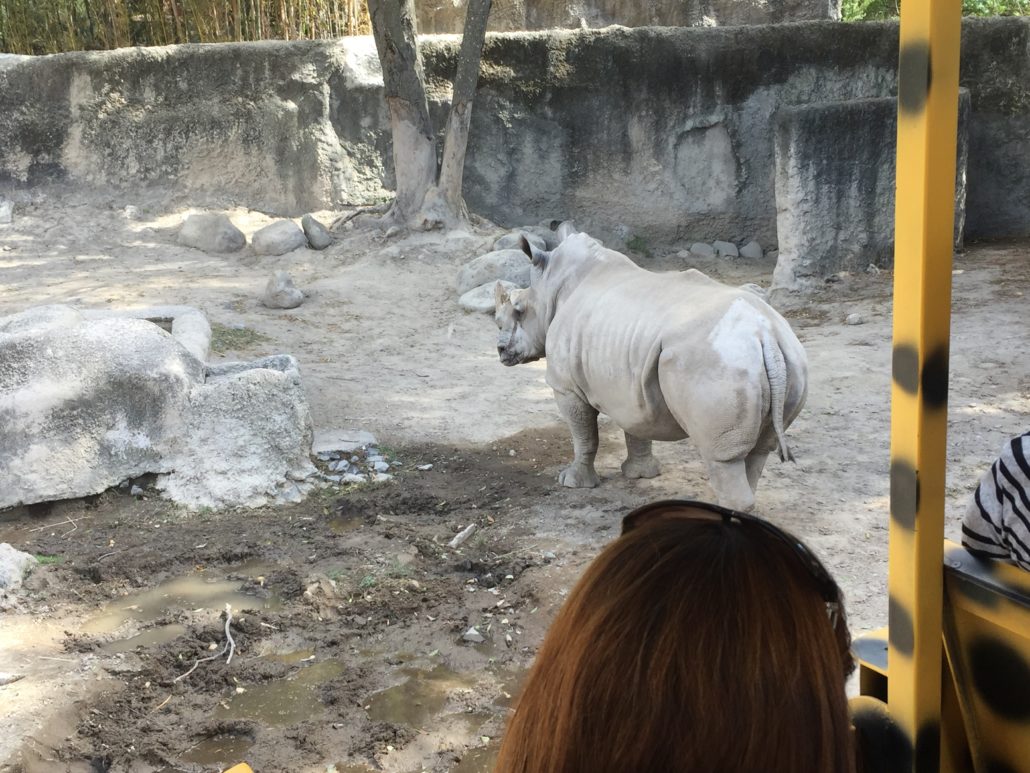 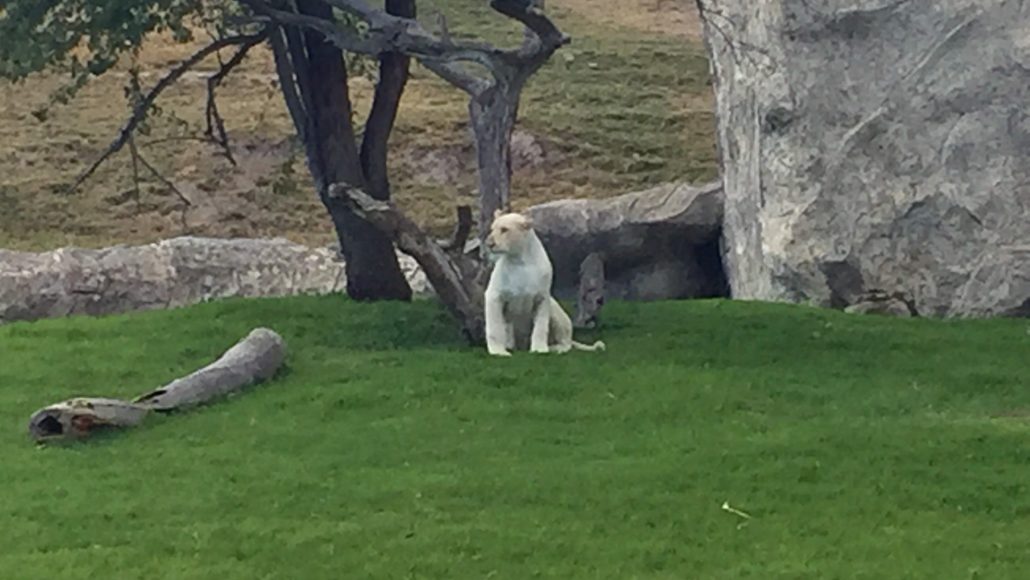 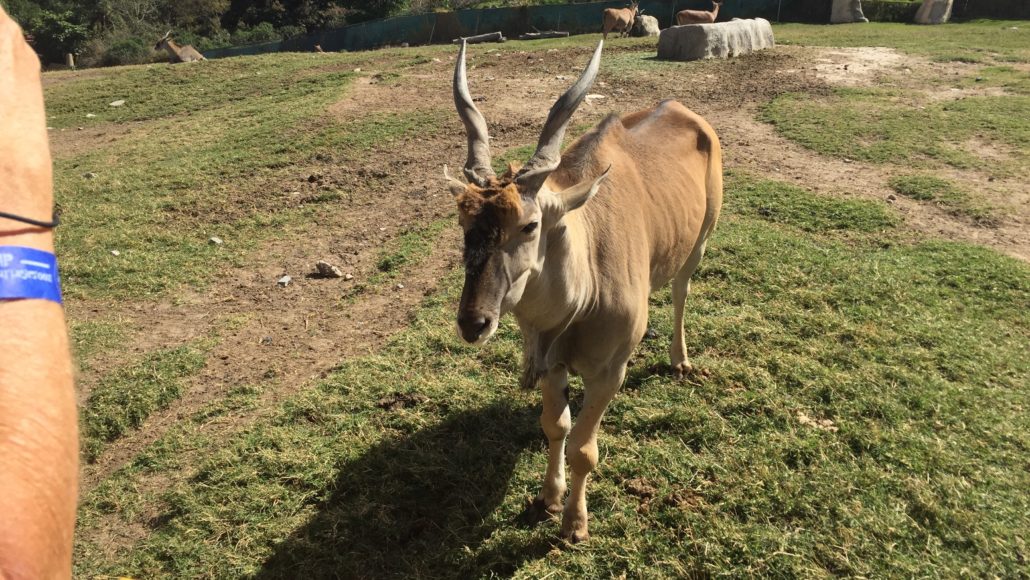 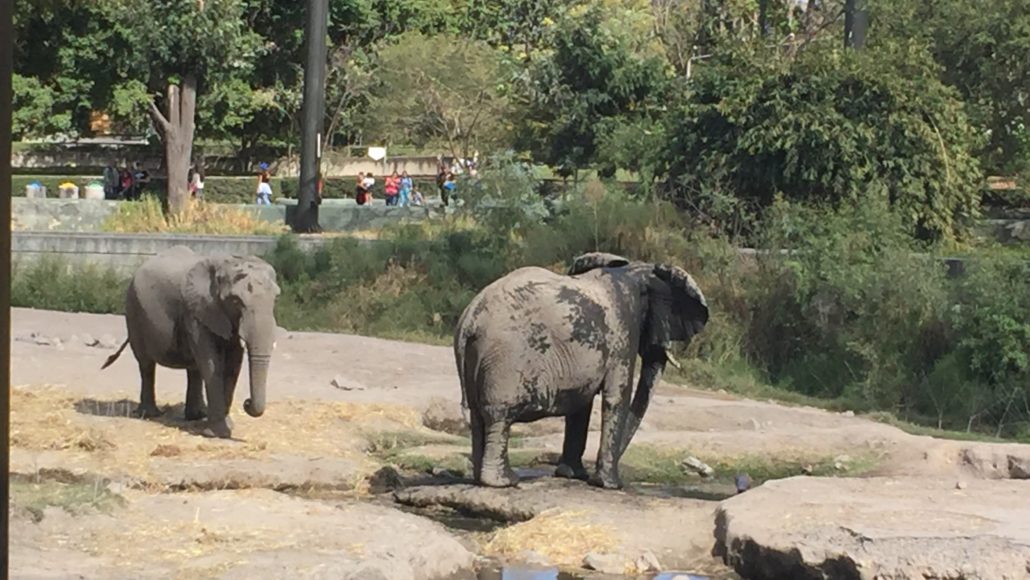 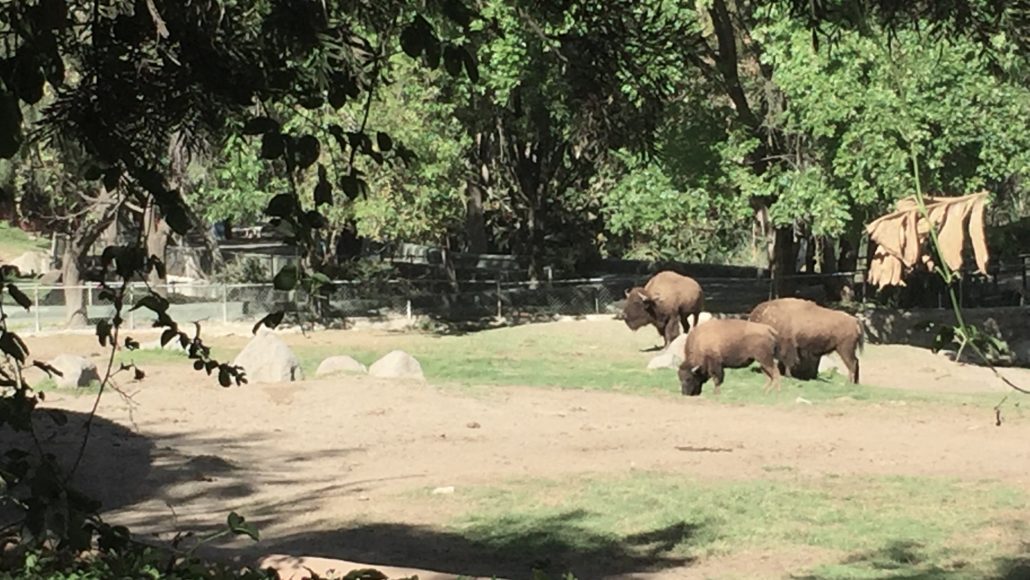 The monkey enclosure was fun. I believe those monkeys were squirrel monkeys. To get into the enclosure is a two door system. You go in one door, make sure it is closed before opening the 2nd door. We entered the first door, made sure it was closed and then opened the next door. Two monkeys ran into the enclosure with the caretaker right behind them with a spray bottle of water. She managed to get them back to their area. There is also a large sign that states “DO NOT TOUCH THE MONKEYS.” Well, that is fine but what do you do when a monkey climbs onto your shoulder and tries to take your sunglasses? Maybe the sign should read “DO NOT TOUCH THE HUMANS.” 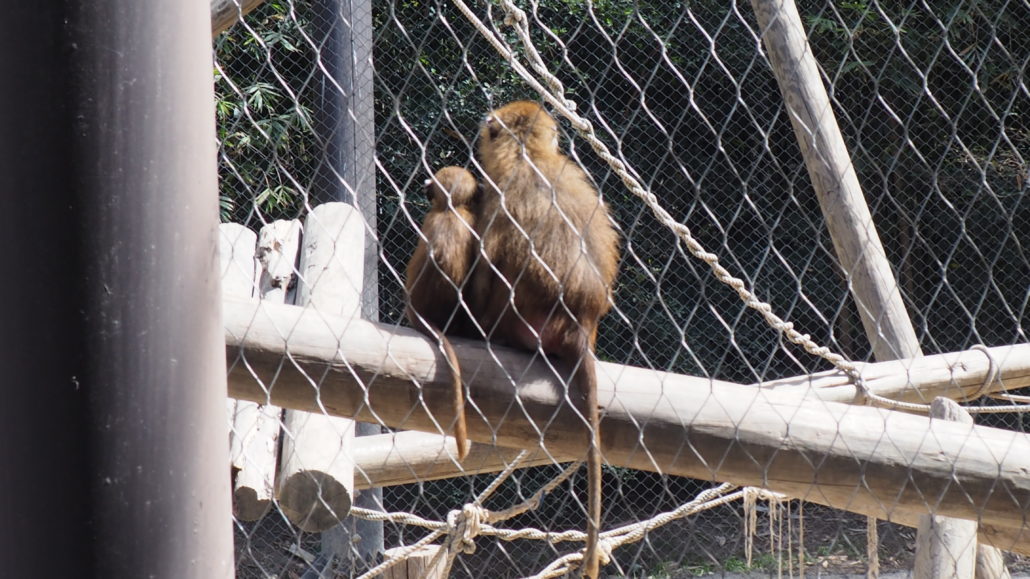 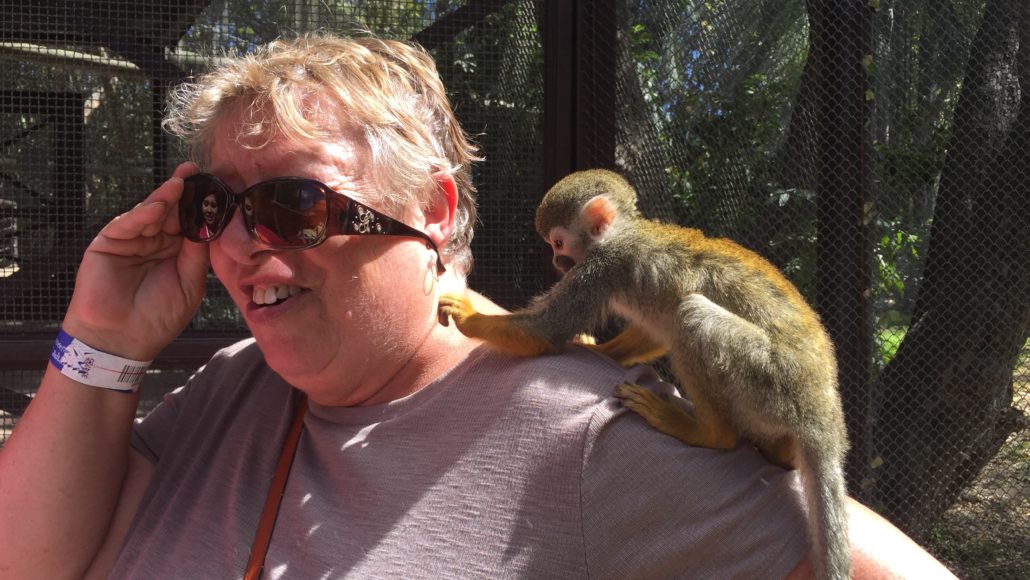 There are so many things to see. Baird’s tapir, named Norton, was one of the tapirs used by Mel Gibson in the movie Apocalypto for the tapir hunt sequence at the beginning of the film. He is housed in the Tropical Rainforest section of the park, along with jaguars, monkeys, giant anteaters and river otters.

The Herpertarium which is the largest reptile house in Latin America.

Aviaries are all around the limits of the zoo, and you can see parrots, golden eagles, songbirds and tropical birds. 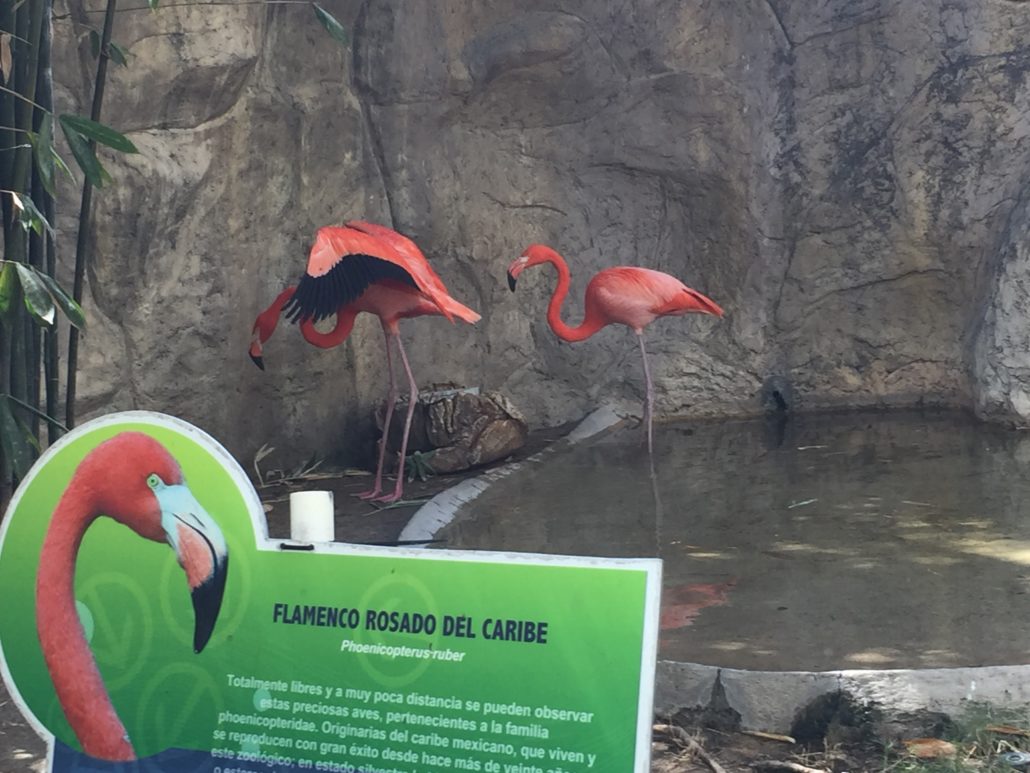 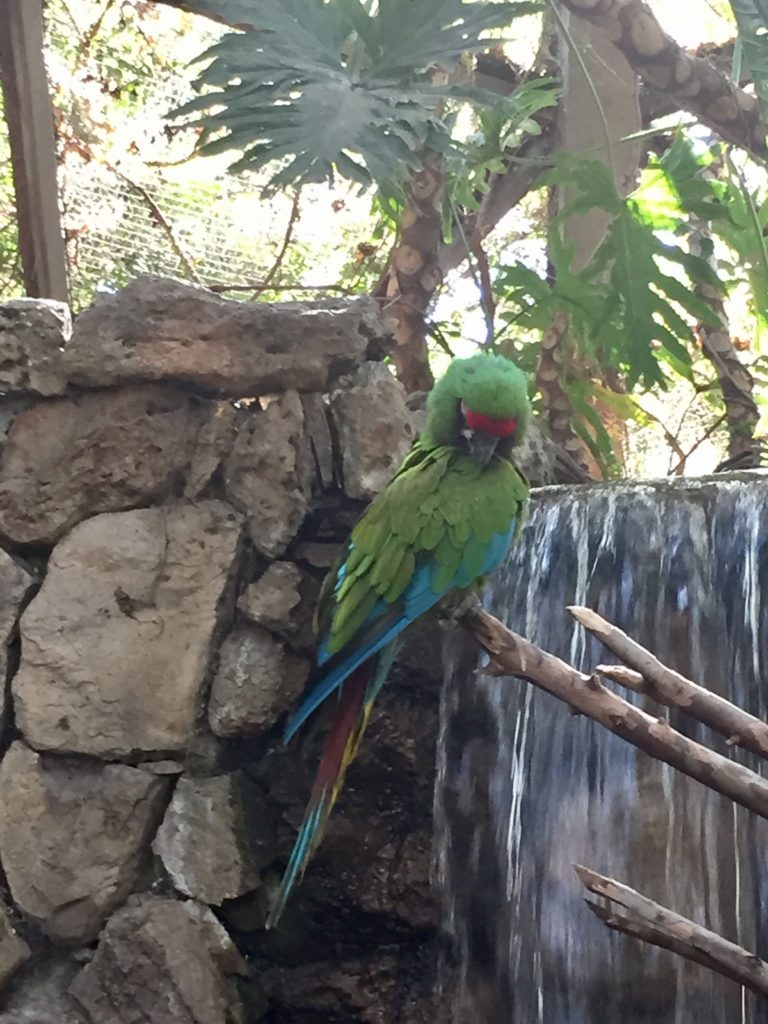 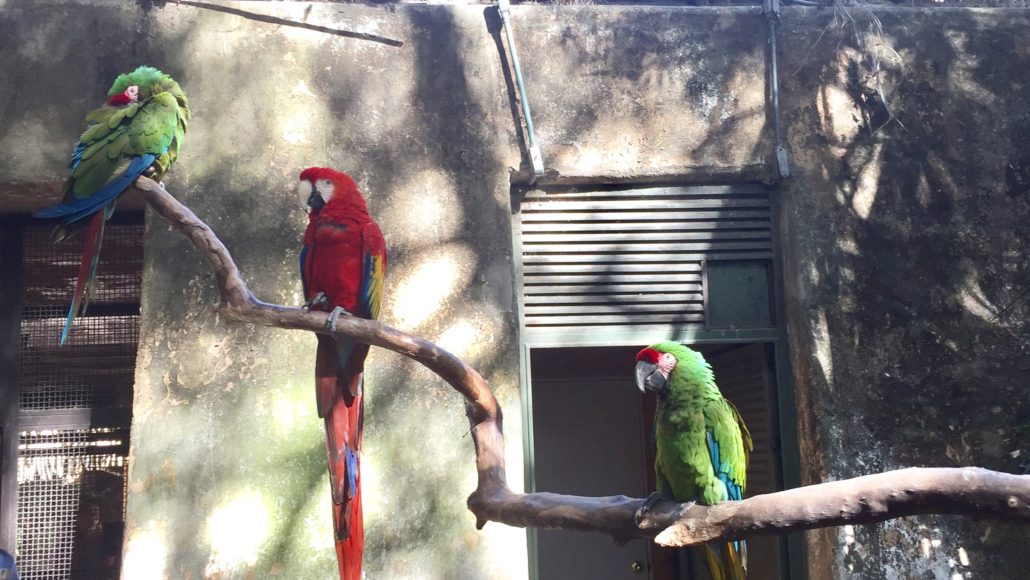 Nocturnario is the largest in the country and houses mainly nocturnal animals such as owls, raccoons, vampire bats, fruit bats, etc. The exhibit is dark and cold, and there are always the sounds of crickets and frogs. 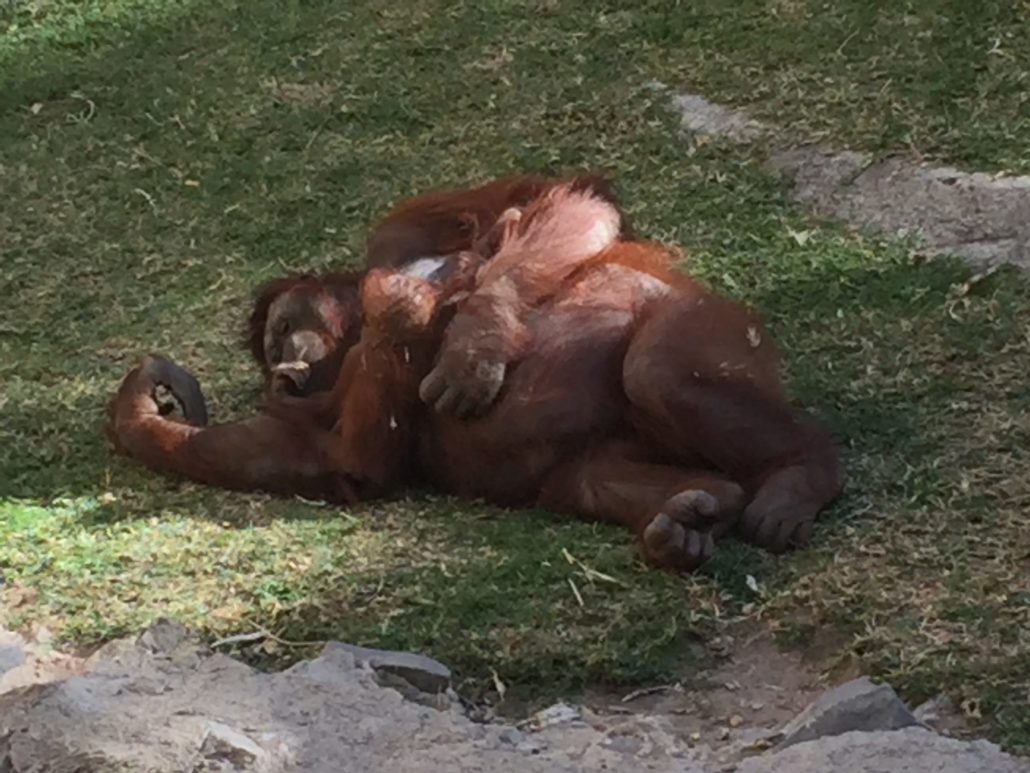 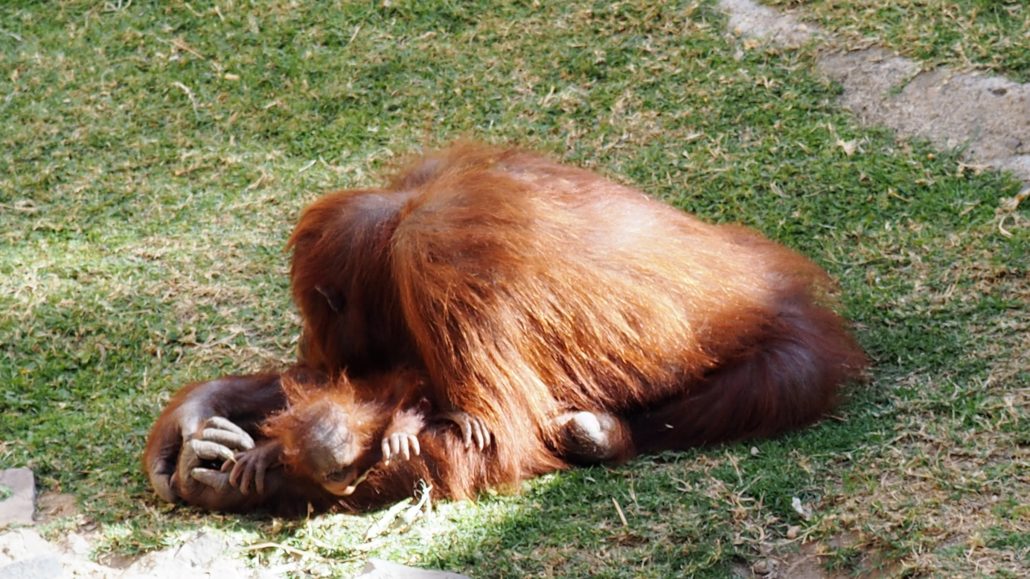 Aquarium: The aquarium houses 95 species of fish and other aquatic creatures including three species of shark, the nurse shark, the Milbert shark and the hammerhead shark. 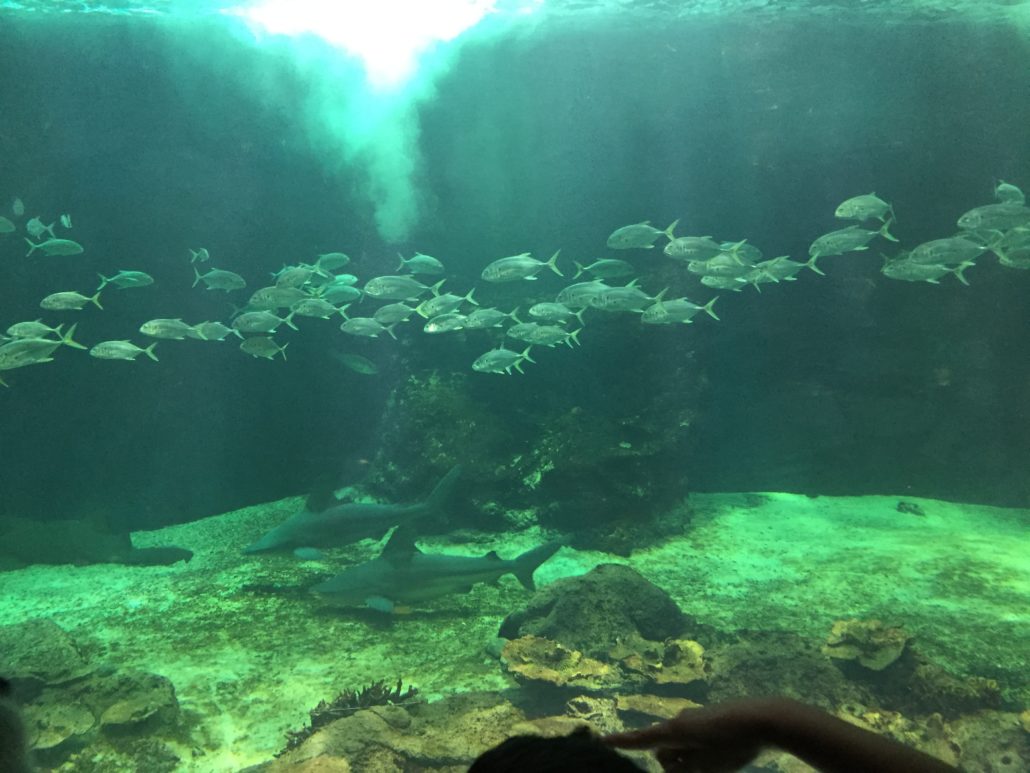 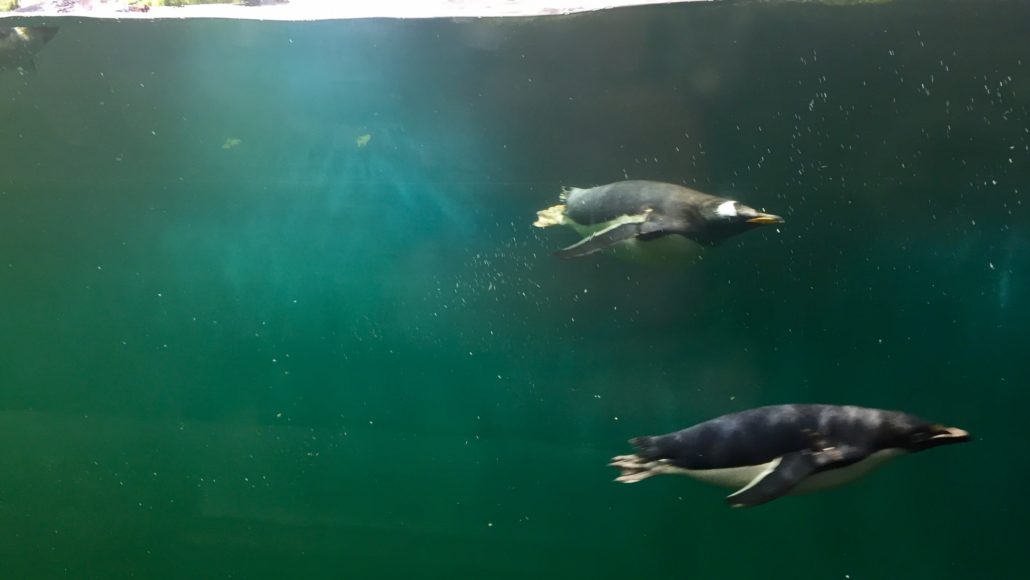 You will need a full day to see everything. It is a short, inexpensive taxi ride from Guadalajara center.

There are many different packages that you can purchase, but I believe that the Diamond package is worth the price as you have access to everything in the zoo, plus the Skytour and unlimited use of the Panoramic Train. The cost is 265 pesos which is approximately $22.00 Cdn.

Recipes from the Tuscany Cooking Class