“And then there is the biggest risk of all – the risk of spending your life not doing what you want on the bet you can buy yourself the freedom to do it later.”  Randy Komisar

When you have a passion for something, and you work at it, life has a way of giving you what you want. That certainly is the case for Doug and Debbie Davis. Doug was a tugboat captain who worked all over the B.C. coast. Doug always felt that there weren’t enough reliable water taxis in B.C. and had a boat built and leased it out. Doug and Debbie quickly got up to a fleet of five which they leased to logging camps, fish farms, etc.

Doug continued to work away from Prince Rupert, as a remote tugboat captain, for 17 years, leaving Debbie and their two young sons for months at a time due to the lack of jobs in Prince Rupert.

In 1992, they became a limited company, Westcoast Launch. Around that time, the Pilotage Authority in Prince Rupert approached them and said that they could use a reliable water taxi. They started with the Pilotage and then the Shipping Agents wanted to use the water taxis as well. Back in the early 90’s they bid on the Dodge Cove Ferry, an island that has a small community and the airport. They are still running the Ferry. When they bid and got the Metlakatla school ferry, they needed another boat, and so they got the Georgia Master. They would bring the students over to attend school in Prince Rupert and then the boat would sit until 3 p.m. when the students were returning home. After leasing the boat to a fellow working up in the Khutzeymateen Valley Grizzly Bear Sanctuary, Doug said, “Well, we’ve got the boat sitting all day, why don’t we do tours during the day?” So their tourism started. They would ferry the students in the morning, do tours during the day and then ferry the students back. When the slow season started for the grain ships, from May to September, Doug and Debbie decided to use the other boats for tourism.  They started Prince Rupert Adventure Tours which became a limited company as well.They had the “big” boat built at the cost of 2.5 – 3 million dollars. They couldn’t justify that expense if they didn’t have Westcoast Launch. Doug and Debbie say that tourism was 80% effort and 20% revenue and after 20 years, it still hasn’t broken to 50 – 50 yet.  They love the tourism part but know that they need to balance it with everything else, and work year round.

They now have a fleet of 7 boats, and a new large one is coming in spring. 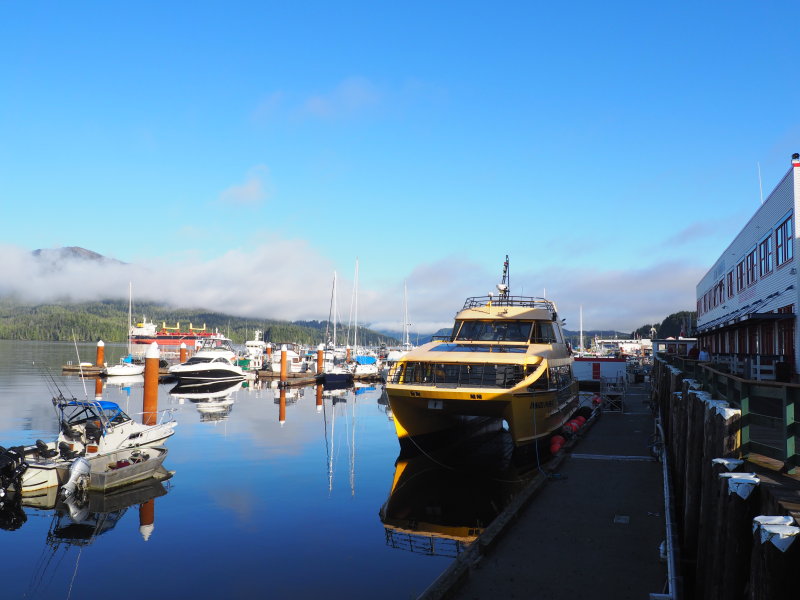 Prince Rupert Adventure Tours have an online booking system, and because they have done this for so long, they can do the calendar a year in advance. 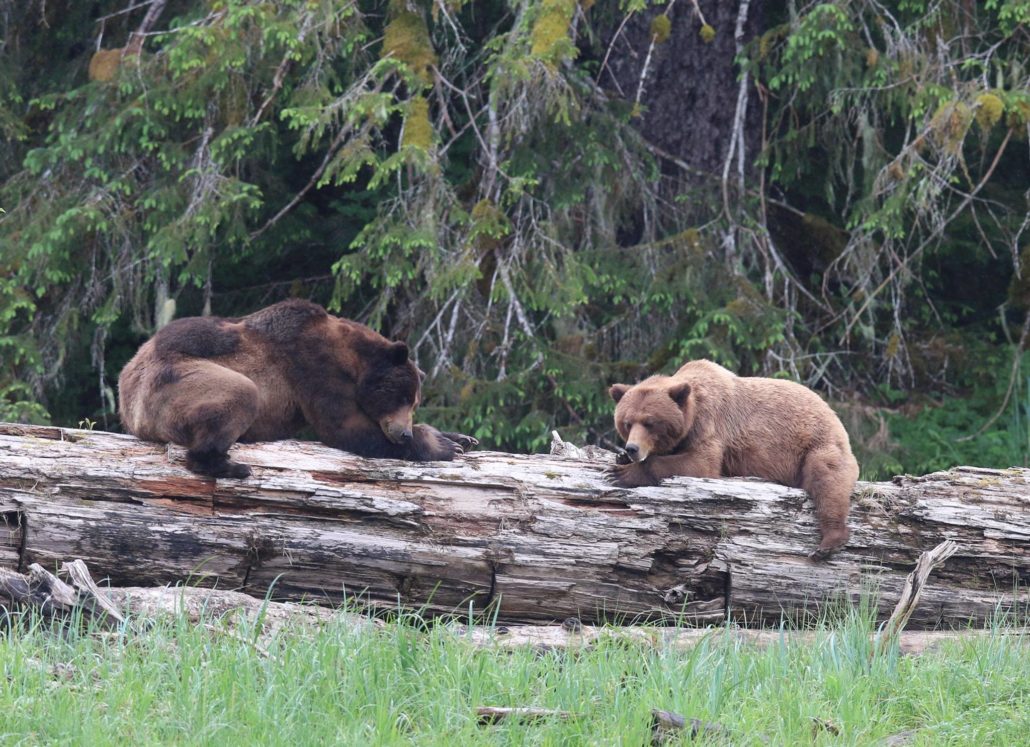 They used to try to do many things in tourism, but they quickly found that concentrating and doing well with one or two things was the best way to go. They certainly do things well. 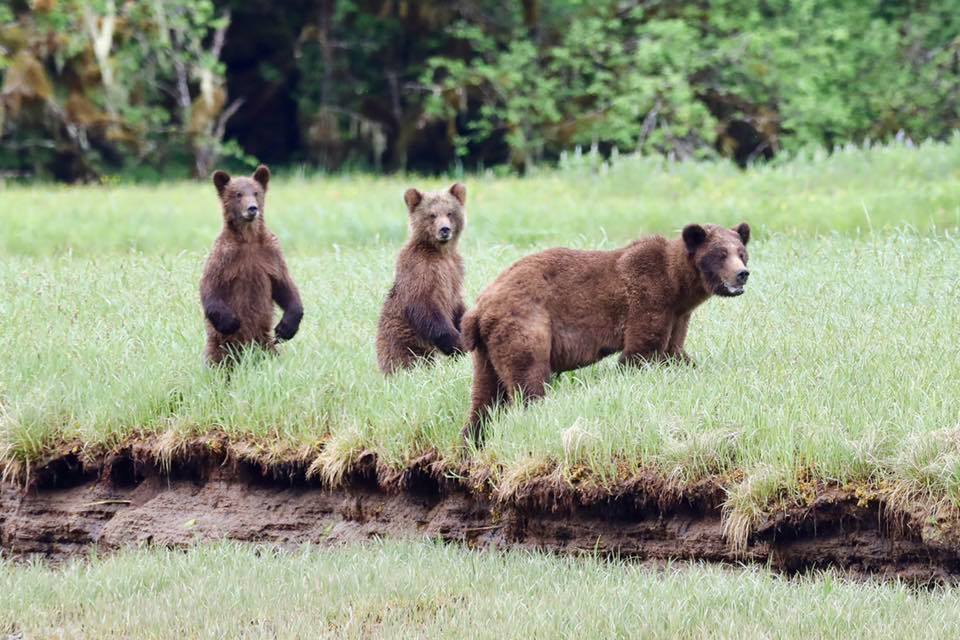 They have attended the Canada West Market Place, a huge trade show for travel agents, tour groups and people with product for the past 15 years and now it is paying off. The tour buses that would come to Prince Rupert to go on the B.C. Ferry to Alaska would either stay one night or bypass Prince Rupert altogether. Now, Prince Rupert has become a destination area. The buses are starting to stay for more than one night. This is good not only for their company but Prince Rupert as well for the hotels, restaurants, etc. More and more international customers are booking their holidays based on the grizzly bear season. 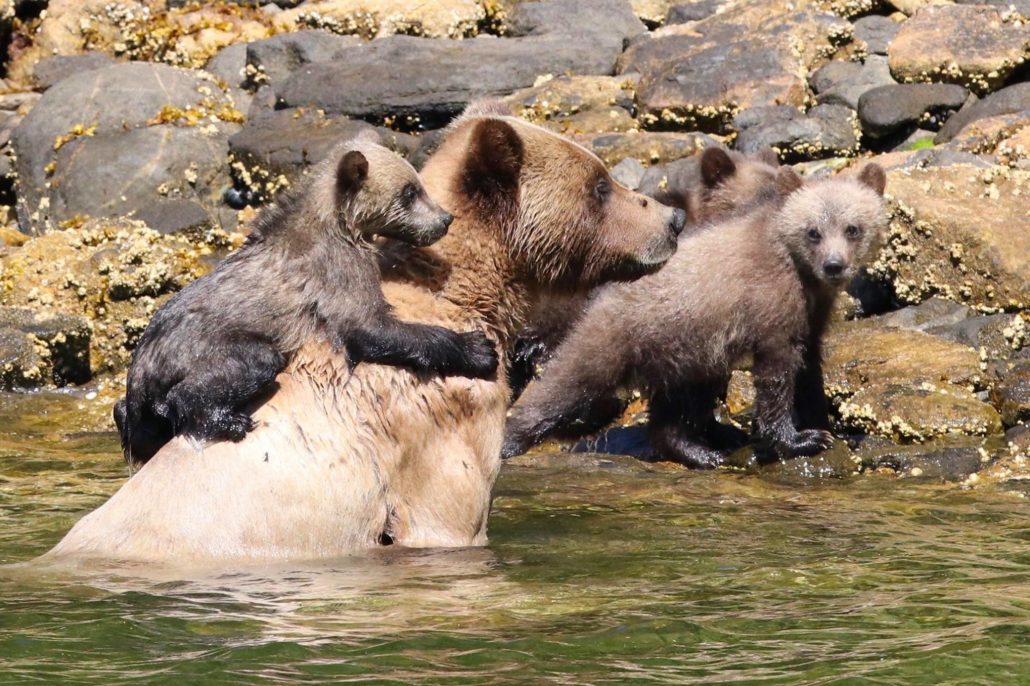 Bear season is May, June, July and sometimes will run into August.  The tour will take you into the Khutzeymateen Valley which is home to one of the highest concentrations of grizzly bears in North America.  Of course, you might see porpoises, whales, seals,  bald eagles, blue herons and sea lions along the way. Once the boat arrives at the sanctuary, they will cut the boat’s engine very close to shore. Passengers are not allowed to talk as it will disturb the bears and they will leave. The only sound you hear is the clicking of cameras. The bears must be used to the boats. They don’t pay any attention to the big yellow boat, and you can get fairly close to them. Only six permits are given for the Khutzeymateen Valley. They have to apply every five years. There are strict rules for being able to access the Valley. A portion of the cost of the permit goes back to Parks Canada. 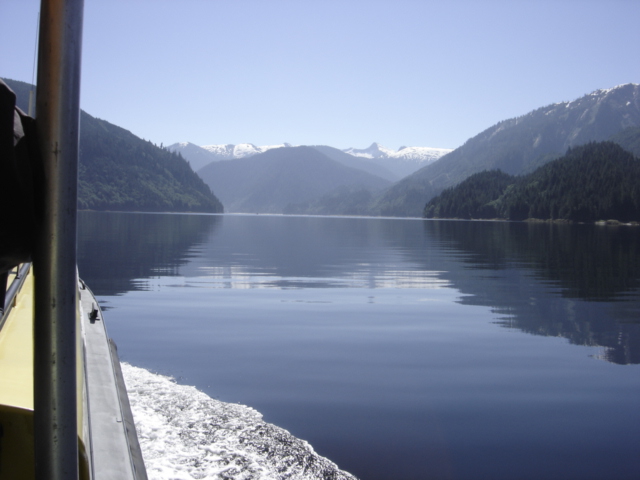 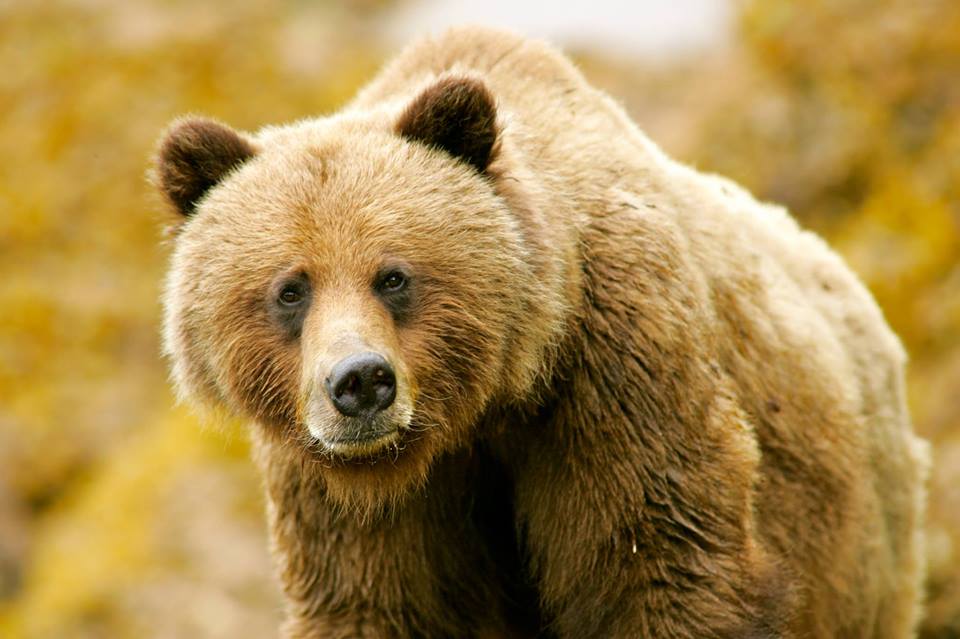 I asked Debbie if climate change has affected the tours. She stated that they have had to change the months that they go to the Valley. Approximately three years ago when we had 60 days of sunshine, and it was very hot, they had to end the bear season early as the berries were all out and it was so hot that the bears did not want to be on the shore. The sedge grass, which is the main food and their first food when they come out of hibernation, went to seed. So with the sedge grass going to seed and the berries coming out early, there wasn’t a food source for them on the beach. Because they had to cancel some trips and refund the money or exchange to the whale watching,  they now limit the season to end July 23rd or 25th.

Environmental changes have also affected the tours. When a company was doing the sound testing for the proposed LNG plant, the area where they were testing, you could go and watch the whales in November, but now the whales no longer go to that area. 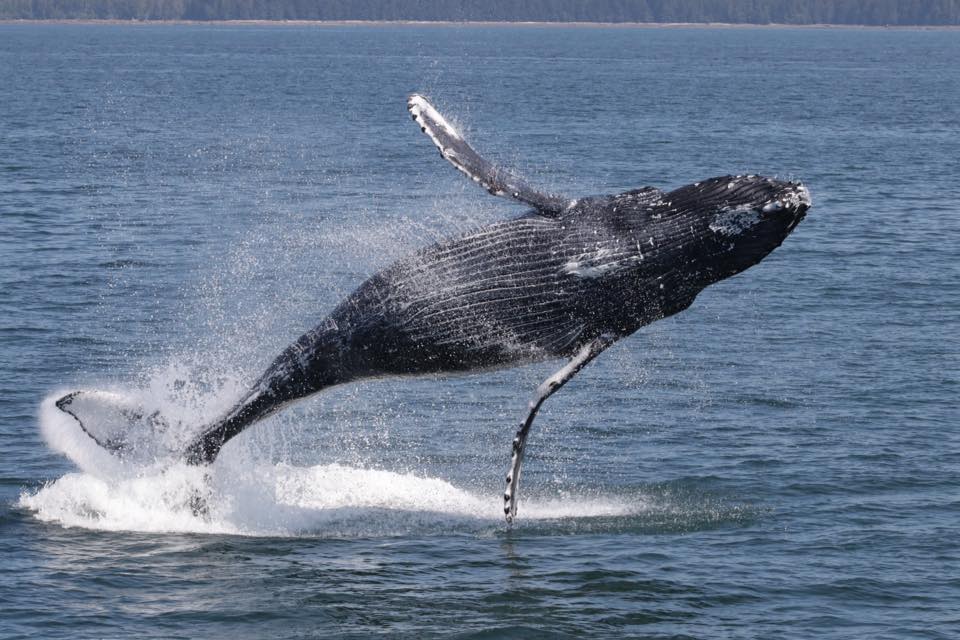 Whale watching starts in August and runs for two months. 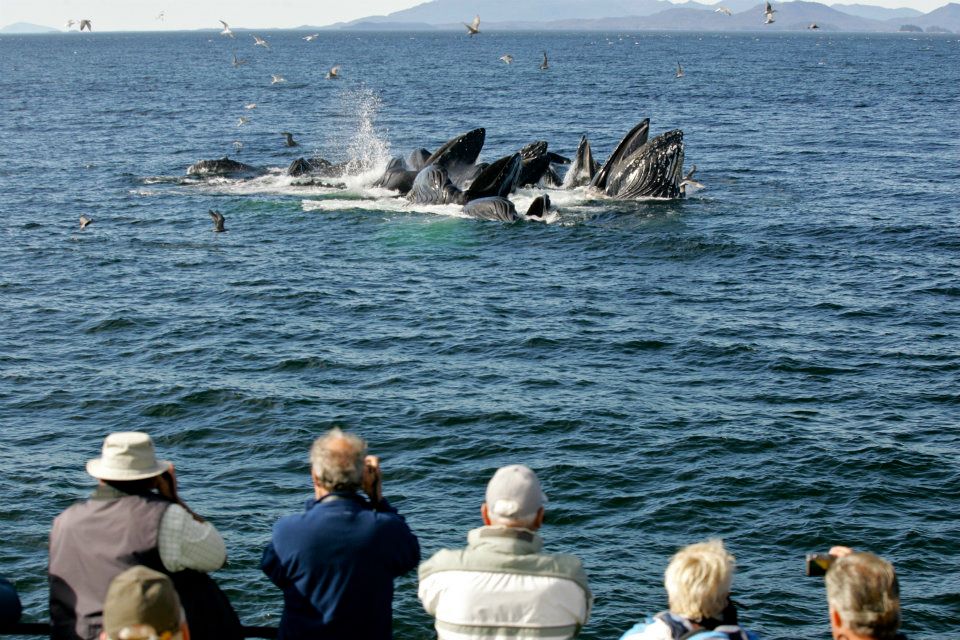 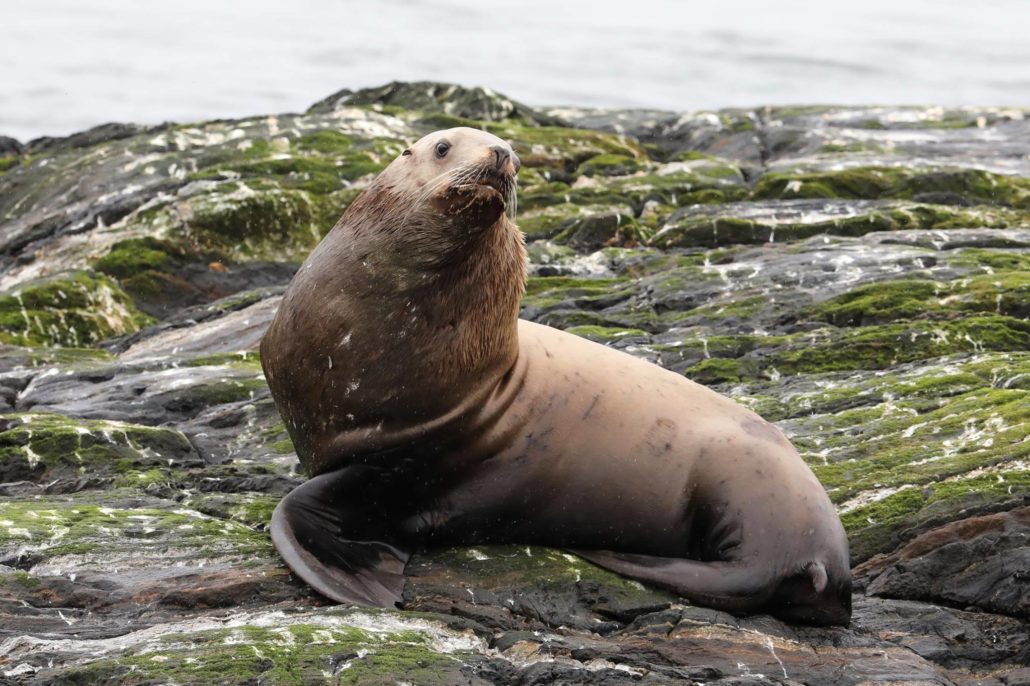 Doug and Debbie just want people to have the best experience. They receive a lot of positive comments from people all over the world who think it was the best experience they have ever had. I can certainly attest to the awesome experience. I took my Dad on the grizzly bear tour, and he talked about it for years. So did I.

Every day as a tour guide is different. Different people, different experiences. A lot of fun. That is what happens when you follow your passion.

Thanks to Doug and Debbie for providing most of the pictures. I think Doug takes more pictures than the tourists! He is an avid and talented photographer. 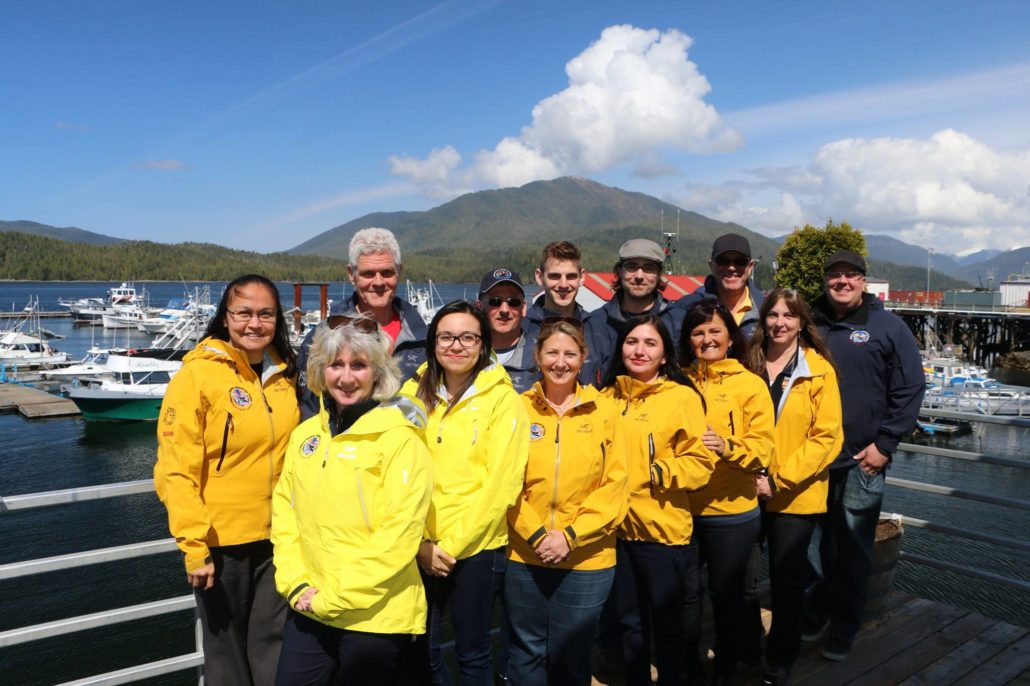