“The more I traveled, the more I realized fear makes strangers of people who should be friends.”

Have you ever wondered about someone’s story? Or is it just me and my never-ending curiosity? I finally decided that I was going to feed my curiosity and started to interview the people that rented space in my brain. Perhaps then my mind would be a little quieter!

I am not sure what drew me to Rosa, but there was ‘something.’ From the moment I walked into her restaurant and watched as she worked and greeted other people,  I wanted to know more about her than the fact that she owned the Albatross Restaurant in San Patricio. Here is a little bit about Rosa.

Rosa Lazareno Ceballos is a young 72-year-old with kind eyes and a gentle demeanor who welcomes everyone into her restaurant. She is the oldest of 13 children. Her father was one of the founding fathers of San Patricio in 1937. Their family originated in Nazareth, Israel. When her family immigrated, they were given the name of Lazareno which was derived from Nazareth.  Her grandfather was Caucasian with blue eyes, her Grandmother was Mexican, but she said only her sister got the white skin and blue eyes!

She remembers her house was right on the square where the taxi stand is now and went to the school on the corner. There were only about 50 houses at that time. It was just a small village.

In 2015, tragedy struck the family. Her brother Exequiel, who owned the Albatross Restaurant was killed in a terrible accident while swimming. He was struck by a boat. It took two days to find him.  He called the restaurant and that part of San Patricio his little paradise. He lived life to the fullest. He was one of the first surfers in the area. Rosa, as the eldest was particularly close to him after the loss of their father.

Exequiel left the restaurant to Rosa’s family, her four sons and herself. The younger son, Oscar, works at the restaurant. Two of her sons live in the U.S.

Rosa loves working at the restaurant and has no plans to retire any time soon.

Part of the restaurant’s success is the family and staff that work there. We were there for Christmas Eve and not only had a delicious meal and enjoyed a live band but were thoroughly entertained by the staff who danced and sang. It was one of my favorite evenings.

Update: The restaurant is being renovated including the kitchen which was below ground. I will post pictures when I go back to Mexico and see the new Albatross. 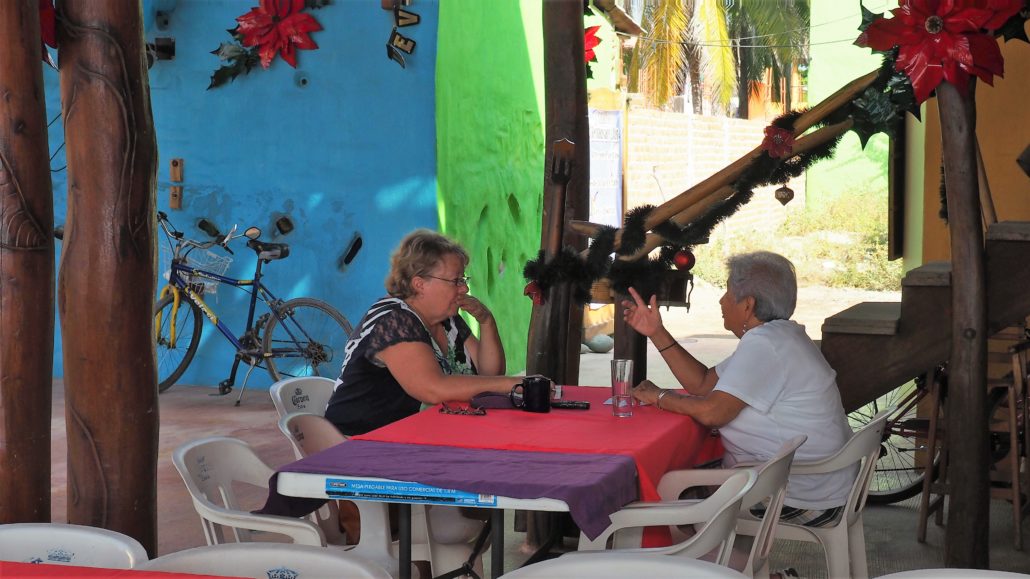 VIEW FROM THE BEACH 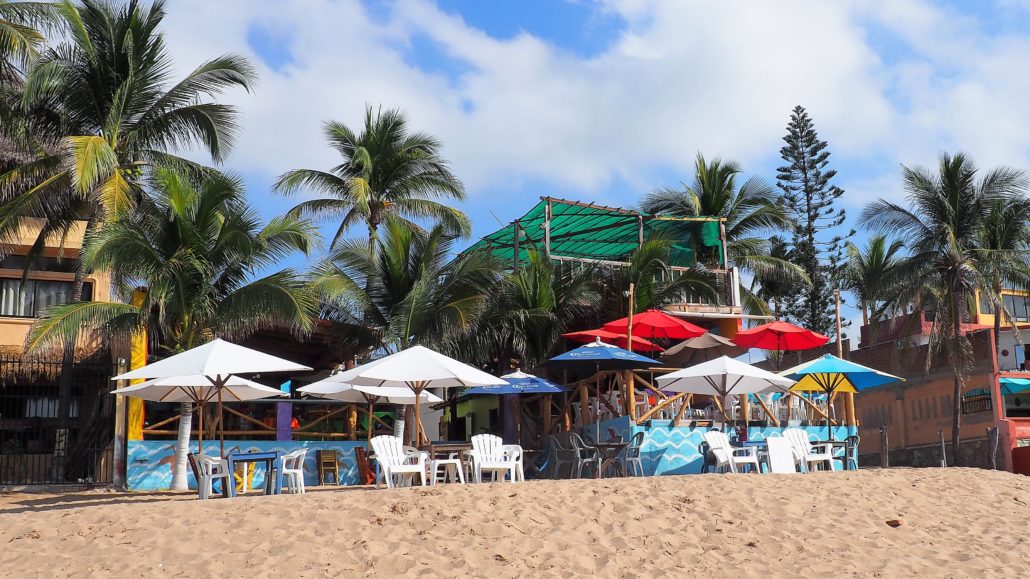 CAN YOU SEE THE VENDOR? 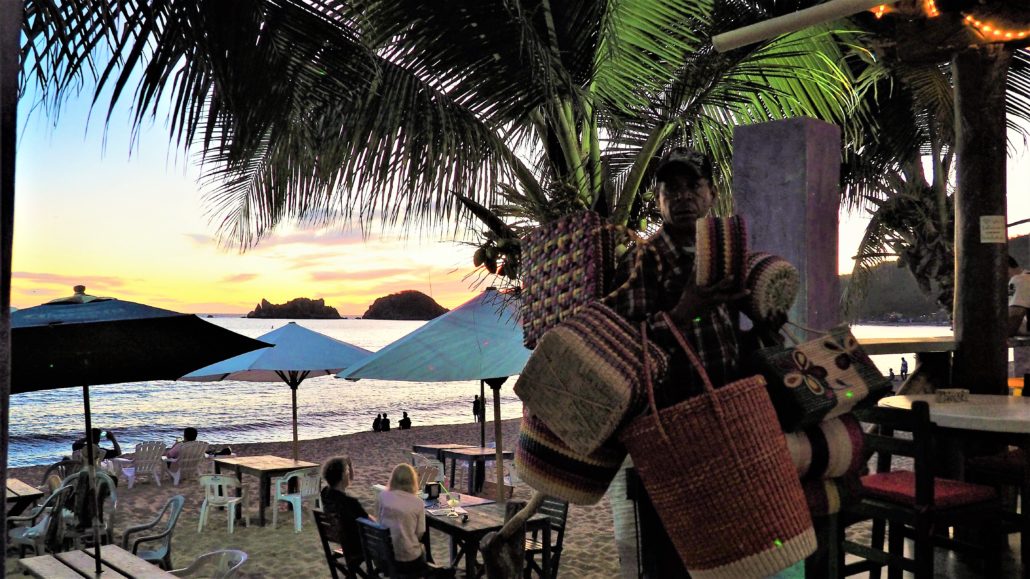 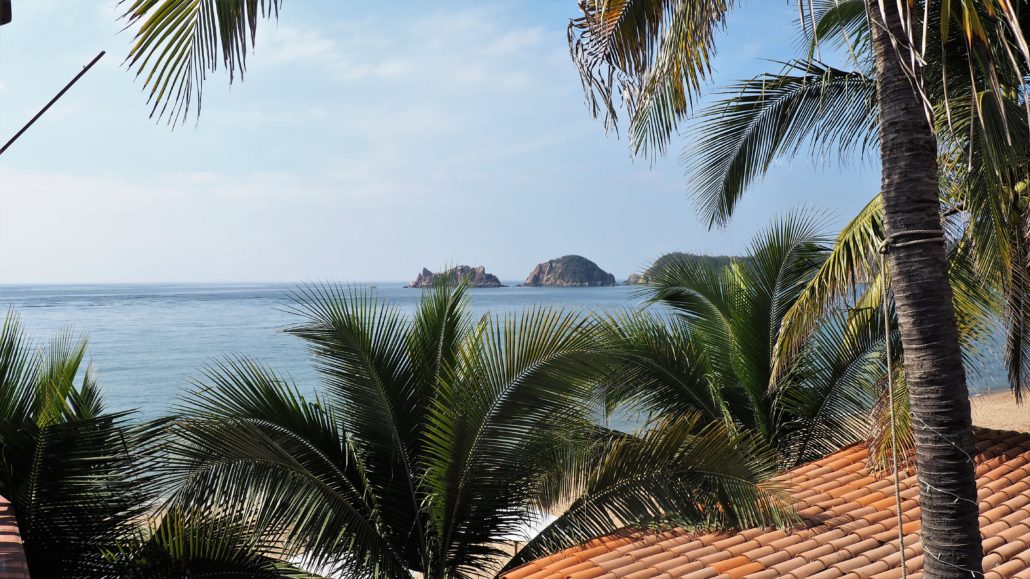 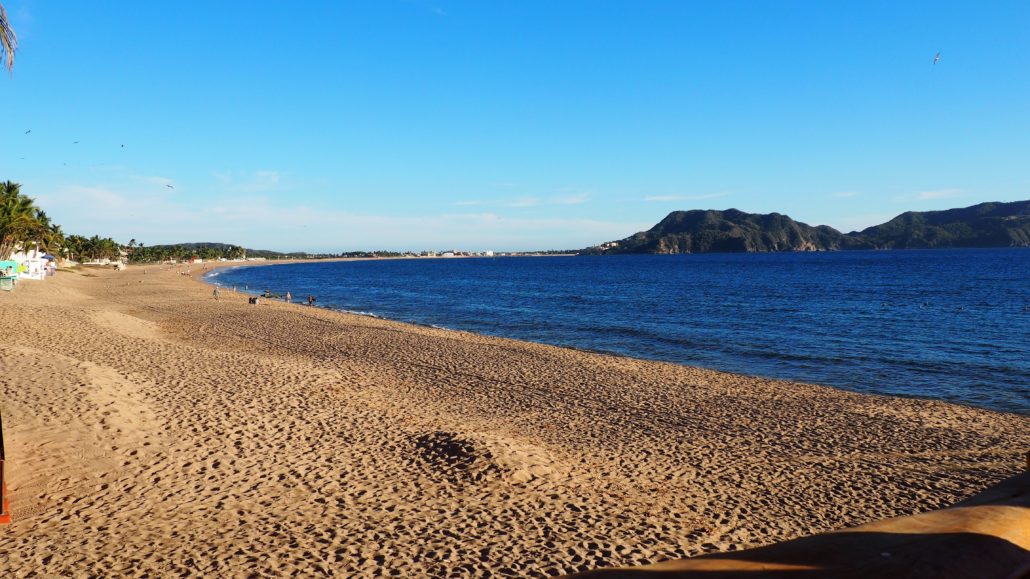 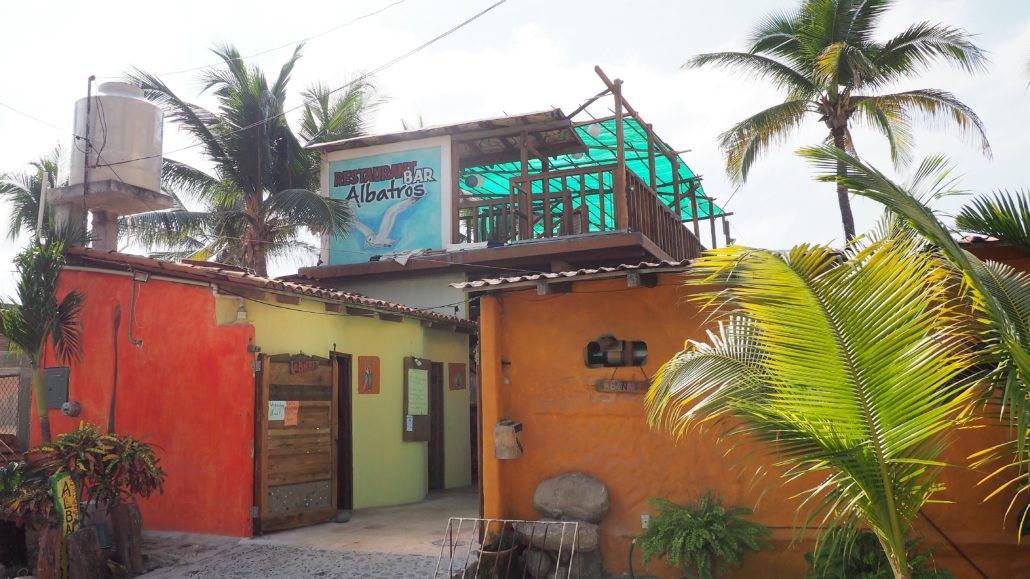 PAINTING OF THE FAMILY AND STAFF AND A PICTURE OF EXEQUIEL 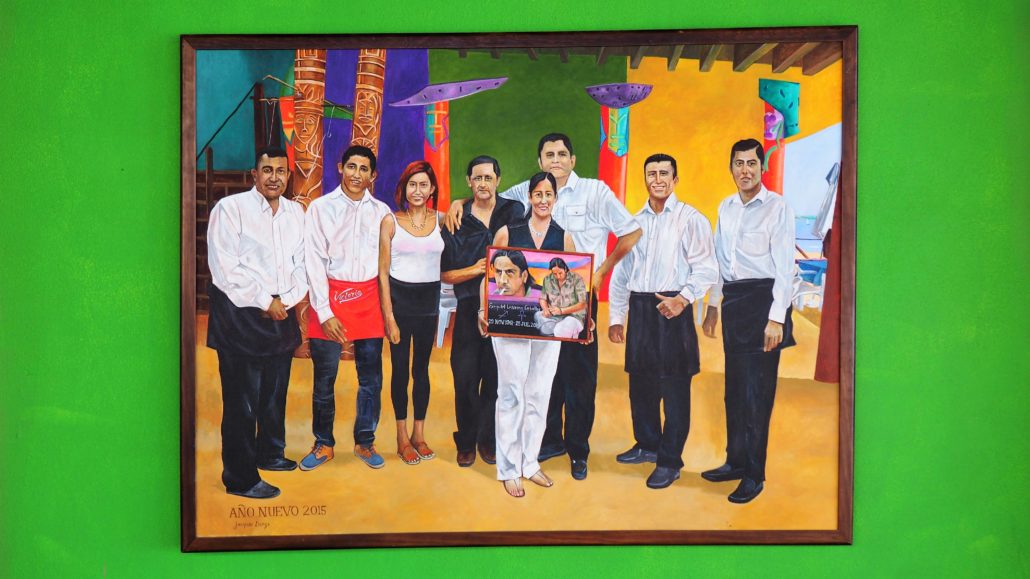 END OF ANOTHER BEAUTIFUL DAY 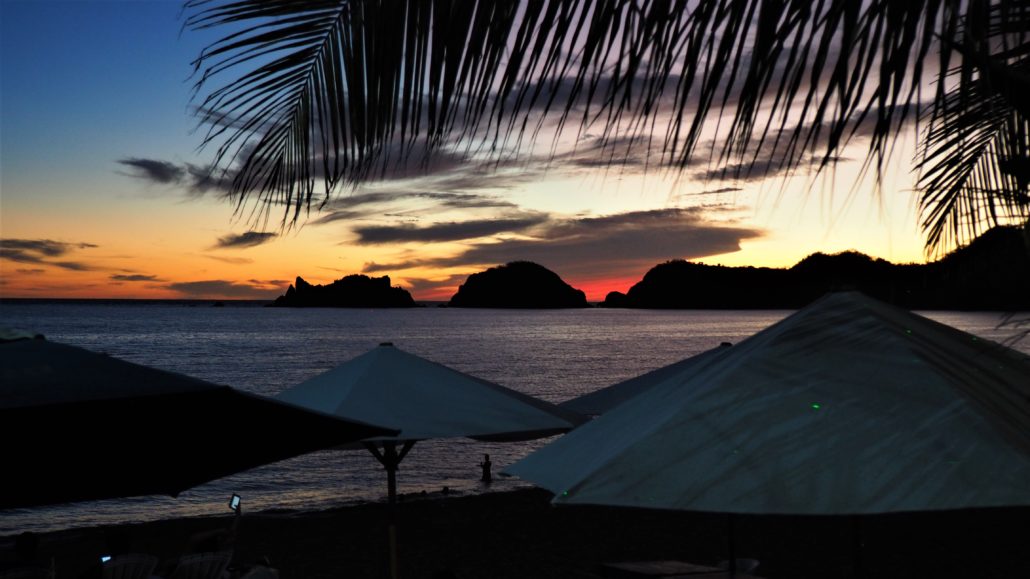