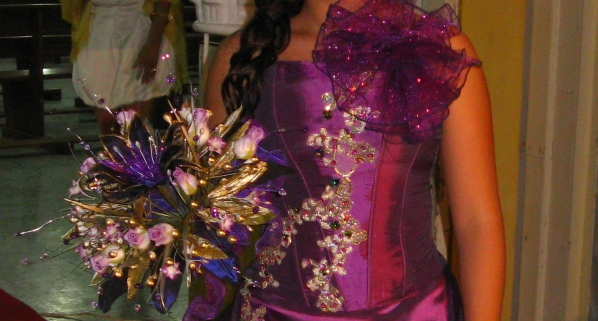 Quinceanera
We were very fortunate and privileged to have been invited to a Quinceanera – 15th birthday celebration for Franceline. 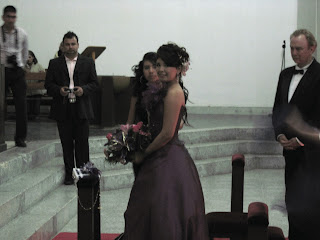 The celebration starts at the church.  There is an hour long sermon and instead of a church organist there is a mariachi band.  It was unfortunate that we could not understand enough Spanish to know what the priest was saying to her. Franceline arrived at the church in a beautiful purple gown.  Her parents were behind her followed by two of the main sponsors as she went down the aisle. 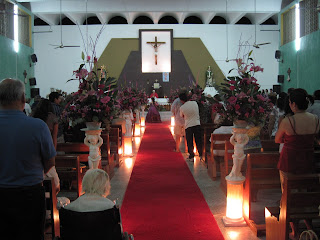 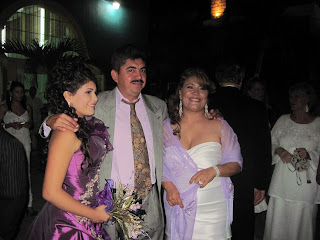 After the church ceremony and pictures were taken,
Franceline lead the way to the party venue followed by the mariachi band playing songs and then the guests.  People in vehicles didn’t seem to mind waiting while this procession took over the streets.  As a side note, you rarely hear car horns going as the Mexicans despite the speed in which they travel, don’t seem to mind these little inconveniences. 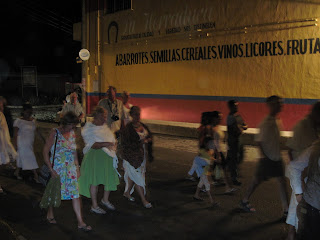 The venue was decorated in purple and white, with a separate “tent” for Franceline, friends and family.  On another table there was a Cinderella cake stand with two portraits of Franceline on either side of the cake stand. 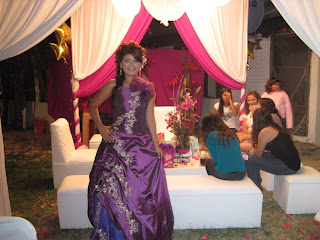 Then the entertainment started.  It is traditional for the girl to dance with several young men in choreographed dances.  It was very well done so there must have been several rehearsals.  What was not traditional was the dancing that the young men did afterwards.  They wore what appeared to be white underwear and short white boots and did very provocative dances. 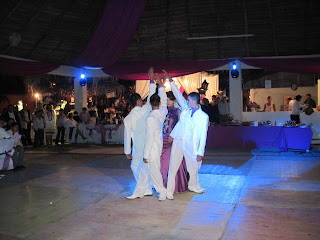 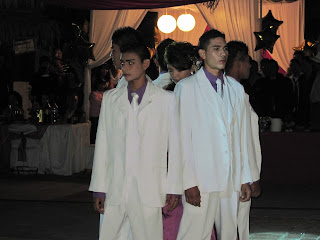 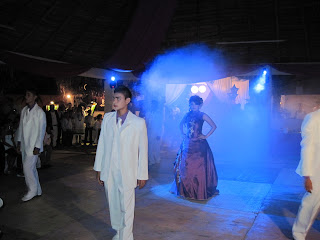 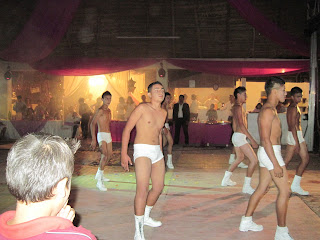 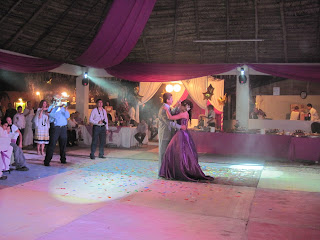 Franceline danced with her father and once they were finished, she sat on a chair in the middle of the dance floor while he removed her “old” shoes and placed fancy new ones on her feet.  This was supposed to symbolise her going from a little girl to a woman.
All during the evening we were served with beer, tequila or whatever else we wanted to drink. Someone at our table wanted a glass of coke so they brought over a 2 litre bottle
The mariachi band went from table to table playing whatever song that table requested.
We finally got to eat sometime after 10:00 pm.  There was a wonderful buffet that appeared to be catered while the mother was busy cooking ribs and other food.
Once the DJ started playing around midnight, we decided to go home and leave the partying to the young ‘uns
https://www.thetravellinglady.ca/wp-content/uploads/2019/10/IMG_2719ed-2.jpg 800 598 TL_Admin https://www.thetravellinglady.ca/wp-content/uploads/2016/11/logo-300x71.png TL_Admin2011-02-15 02:57:002019-10-23 14:30:07Quinceanera
1 reply