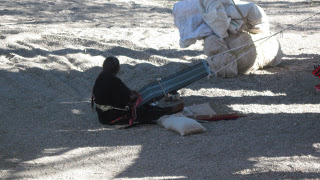 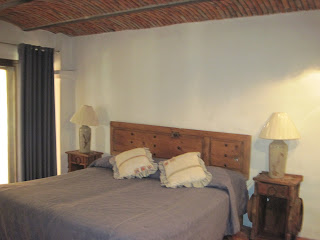 We arrived at the Hotel Danza del Sol in Ajijic mid-afternoon and got settled into our beautiful huge two bedroom apartment which we shared with two other friends.  There were two bedrooms each with an ensuite; big kitchen with a stainless steel stove, pantry etc.  Just off the kitchen were a dining area and then a large living room with a fireplace.  We also had two separate patios.  The hotel had a large swimming pool and several manicured lawns. We could have stayed there for a long time. 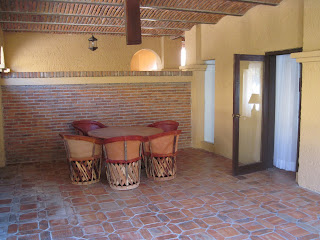 We strolled downtown and ended up at a restaurant by Lake Chapala.  We watched a woman weaving rugs, and other activities going on by the lake including some men horseback riding who seemed to annoy the woman.  She was not pleased with them being so close to her.  Lake Chapala was much polluted but apparently there have been some efforts to clean the lake.  We did see some debris but not as much as we had expected.  Hopefully they will continue with the efforts to clean up the lake. 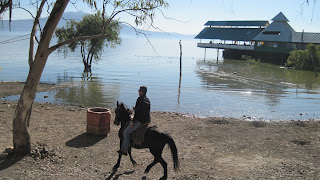 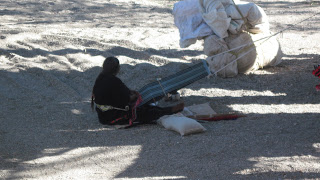 Afterwards we wandered around part of the town, taking in shops of every description.  There were painted murals all over town. 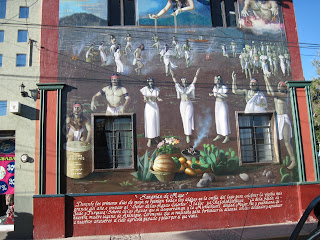 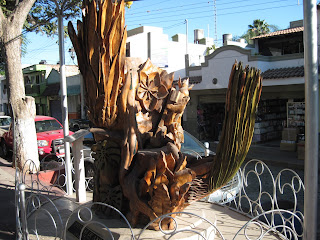 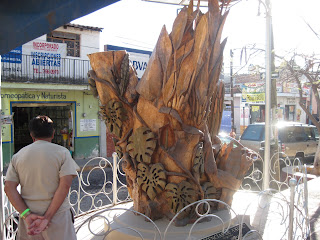 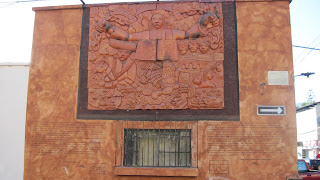 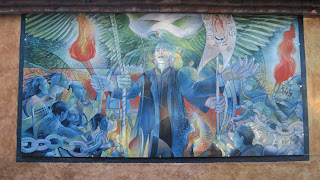