Tour Day Two
The hotel I Ajijic provided us with a buffet breakfast that was made by a local woman. It was a very tasty Mexican breakfast.  The coffee had been made in a large pot but we didn’t care at that point, we just wanted coffee!!
We left for our first tour of a tequila plant in Amatitan.  The first plant was called Tequila Tres Mujeres (Tequila three women). We went out into the field where a Jimador showed us the process of harvesting the agaves.  The “Jimador”, is an expert in selecting and culling the agaves.  He uses a sharp long-handled tool called a Goa to cut the thorny leaves that stand out from the heart of the plant leaving the center intact.  The center is called the pina (pineapple).  He then cuts the pina in half for its ideal cooking.  The Jimadors are always men as it is a very physically demanding job.  The Jimador we met would be like most Jimadors who learned the skill from their fathers who learned it from their fathers and so on.  This goes on for generations and from what I understood from the guide was that this happens because of the lack of education in those families. 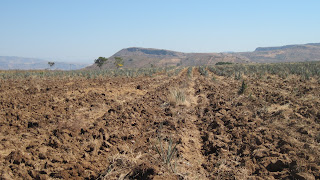 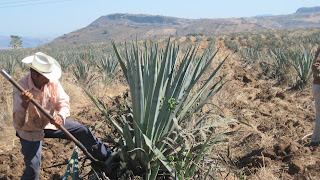 He let the tourists try it out.  I think we quickly realized how hard it is and how much work goes into getting that 2 or 3 tons.  It typically takes up to 8 years for an agave plant to be mature enough for harvesting.

After our hard “work” we went inside for the taste testing.  This is all before lunch. 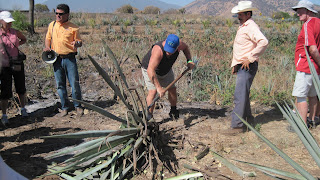 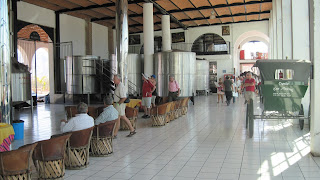 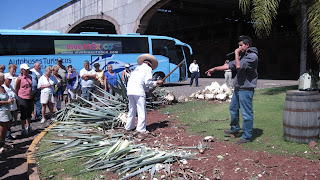 We carried on to the next tequila plant called Casa Herradura.  This is where they make Jose Cuervo and other brands.  It is a huge plant with very tight security. They employ 1,000 people within the plant and approximately another 1,000 outside the plant who grow, harvest etc. the pinas.  We had another demonstration from a Jimador.

We then proceeded to be shown the processing system.  As part of their processing, they recycle the ethanol and methanol produced by the primary distillation stage.  They store it in a 2 million litre storage tank.  They then add it to natural gas.  They use this to fuel the ovens that cook the pinas.   They also compost the leaves of the plant. Casa Herradura is very proud that they are using recycling and composting as part of the process. 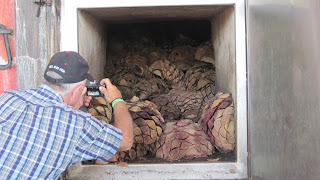 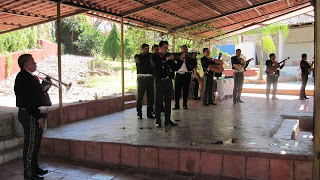 As we were travelling I noticed that a lot of people were staring at the bus.  I later learned that it is very unusual for a large tour bus to be in this area.  They are very pleased that we were there.  When we arrived at Terraza de Tequilera for a buffet lunch. We were welcomed by an eleven piece mariachi band and three delegates from the presidents (Mayor) office.  The president of Amatitan was not available so sent his three delegates to greet us.  We were given a wonderful buffet lunch and free drinks while the band entertained us.  They were the best mariachi band that I have heard so far. The drink was very unusual and I am not sure what was in it.  Someone thought orange, grapefruit and tequila with some kind of spice.  It was very good. We danced and then had our picture taken with the band.  A representative from our bus presented the delegates with a couple of gifts.  A great time was had by all. 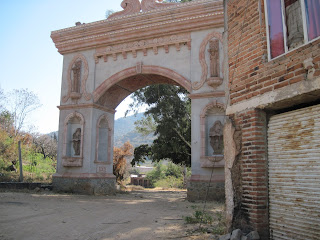 We left for Tequila to register at our hotel.  The tour bus could not make it down the cobblestone streets of Tequila so they sent for two barrel buses.  What a hoot.  Thank goodness it wasn’t raining.
We were on our own for the evening so we wandered around looking at the sights of Tequila.  We had a margarita at the Jose Cuervo bar in their retail store.  That was the best margarita we have ever had.  Wish we could have the recipe. 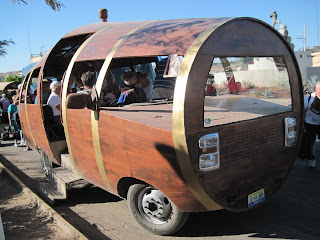 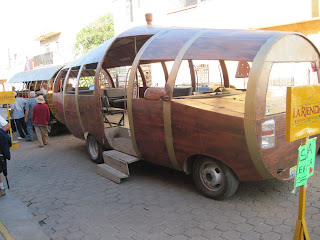 Tequila has a population of approximately 40, 000 to 45,000.  Tequila was settle in 1656 and named after a local Indian Tribe. Tequila means “Lava Hill” in the Indian language.  Tequila is also known as the Magical Town.

Opal Mine and Guachimontones Pyramids
Scroll to top