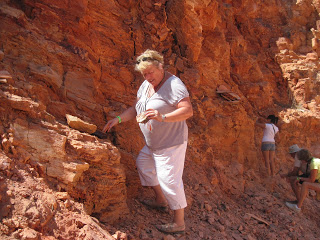 Gold fever?  Try Opal fever!  We travelled to Magdalena to view the opal mine and try our luck at finding “the big one”.  We stopped first at the Opal store and I think we overwhelmed the owner.  First it was a tiny store and then add 40 people trying to look and/or buy.  Our guide Antonio warned us that opals were expensive and I think he figured there would be few sales.  Both he and the owner were a little surprised at how much these tourists bought.  I bought a couple of items for myself, my favourite being a gecko pendant with an opal on his back. 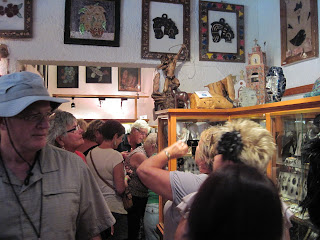 Once we arrived at the mine, we were all given chipping hammers to try our luck as we could keep whatever we found.  The walk to the mine was all uphill but we were willing to go anywhere to get our opals. 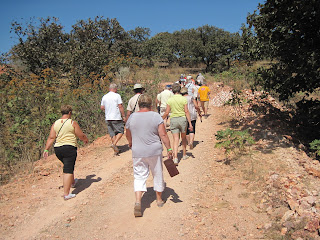 The mine was an open pit and it was hot but no one seemed to care.  Some people found a few nice pieces but I don’t think there were any big finds.  We were still hammering away at rocks that we saw on the roadside on our way down.  There were lots of obsidian rocks and I got a lovely piece that I hope can be made into a nice pendant. 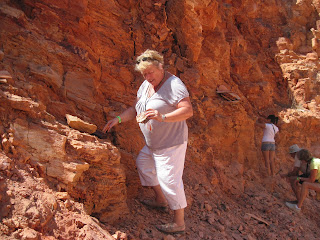 The town we walked through was obviously a poor town.  I don’t know why there would be a mine but not a lot of employment.  Perhaps this mine was for “tourists only”.  The people here were surprised to see a huge busload of tourists. 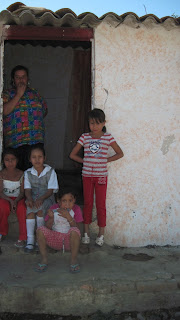 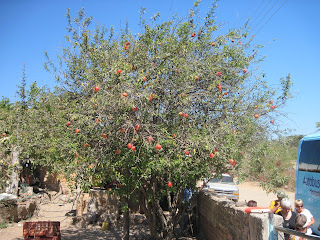 Our next stop was at Teuchitlan where the Guachimontones pyramids were.  Well over 2000 years ago, a unique civilization arose in Western Mexico.  This civilization created a metropolis of 25000 people and its economy was built on mining, working and trading in obsidian, one of the most precious substances in early Mesoamerica. This civilization developed an ingenious system capable of feeding its entire population and used geometric formulas to design the only circular monumental architecture on earth.

The pyramids were truly amazing to see and we were allowed to walk up one that was the largest and as yet had not been restored. 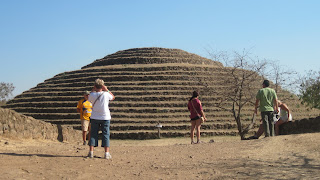 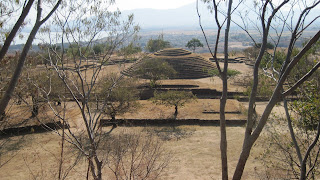 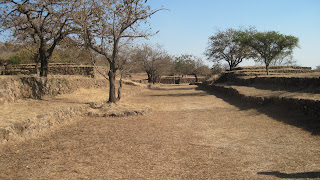